Journalists face violence from criminal groups and pressure from an entrenched political leadership. 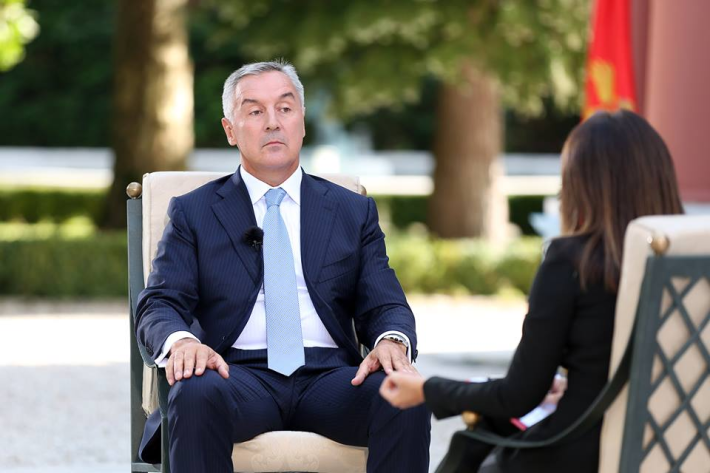 Journalists face violence from criminal groups and pressure from an entrenched political leadership.

The crime desk at Vijesti, Montenegro’s most influential daily, has been empty for months. Its occupant until earlier this year, investigative reporter Olivera Lakić, was shot in the leg in front of her apartment in Podgorica in May, following the publication of articles she had written about illegal cigarette smuggling.

This was not the first time Lakić had been attacked for her work. In 2012, she was beaten at the same location after receiving numerous threats. While that attacker was eventually prosecuted, the case was only partially solved, as the perpetrator who ordered the assault was never identified. The investigation into the May shooting has so far been similarly unsatisfactory: Despite initial promises of swift action by the authorities and strong words of condemnation by the international community, a suspect has yet to be named.

Attacks on journalists are a fact of life in Montenegro. Since 2004, media freedom organizations have recorded 76 cases, of which a majority remain unsolved. A month before the attack on Lakić, a bomb exploded near the home of another investigative journalist at Vijesti, Sead Sadiković. In 2013, a blast shattered glass at the paper’s offices, clearly targeting editor in chief Mihailo Jovović. Also that year, assailants threw an explosive device into the yard of Monitor journalist Tufik Softić. And the 2004 murder of Duško Jovanović, editor in chief of the daily Dan, remains unsolved 14 years later.

Polarization, pressure, and a lopsided market

Another constant in Montenegro is President Milo Djukanović. His party, the Democratic Party of Socialists (DPS), has been in power for almost three decades, and he has personally served as either prime minister or president for most of that time, with a few short-lived “retirements.” Djukanović has never hidden his hostility toward the press. Just before the presidential election in April, he accused Vijesti of promoting “fascist” ideas, arguing that both critical outlets and the civil society sector function as a political opposition to the elected government.

Montenegro’s media environment is indeed polarized, with deep divisions between critical voices and outlets that toe the government line. Of the country’s four daily papers, two (Vijesti and Dan) are seen as opposing the government, while the other two (Pobjeda and Dnevne Novine) are regarded as supportive. The fact that the small market is so oversaturated—according to the most recent IREX report, there are also three weeklies, 30 monthly papers, 53 radio stations, and 17 television stations in a country of just 600,000 people—leaves individual outlets vulnerable to political and economic pressure that can affect the quality and independence of their reporting. The disbursement of public funding is nontransparent and largely unregulated, and the advertising market is lopsided, giving a significant edge to progovernment outlets.

The public broadcaster RTCG attempted to break free of political bias after its board appointed a new director in early 2017. She had a more balanced understanding of the role public broadcasters should play in a democracy, and her appointment brought a welcome change to the outlet’s previously progovernment stance. But the change did not last very long. The new leadership and the board itself came under significant pressure a few months later, and two board members were replaced at the end of 2017 due to alleged conflicts of interest. The takeover was completed in June 2018, when both the station director and the board president were dismissed.

The European Commission criticized Montenegro’s performance on Chapters 23 and 24—those dealing with justice and fundamental rights—in its latest annual report on the country’s progress toward EU membership. The report specifically mentioned the RTCG dismissals and the attacks on journalists as issues that it expected Montenegro to address. EU officials also threatened to suspend preaccession financial assistance—set to total $315 million between 2014 and 2020—if the government fails to bring perpetrators of crimes against journalists to justice.

The attacks are often linked to organized crime, which has been a problem in the country for many years. However, the situation worsened recently due to infighting between two rival crime groups from the Bay of Kotor. The lack of progress in investigating the attacks against journalists may reflect the state’s genuine inability to rein in such groups, but it certainly sends a message that they can continue undeterred.

Some journalists are asking how the situation could have gotten worse than when accession talks started 10 years ago. There is still plenty of good reporting, but attacks and government pressure are met with apathy by the general public, and many from the younger generation are skeptical that things could ever be different, having never seen power change hands through elections. As Milka Tadić Mijović, president of the Centre for Investigative Journalism, puts it, “the biggest problem in Montenegro is political elites following their own interests and not the public interest.” And it is a problem that a cowed or partisan media sector can only exacerbate.