Myanmar’s Muslim Minority: The Plight of the Rohingya

Members of Myanmar’s Rohingya Muslim minority have been stripped of their citizenship and persecuted by the government, with many forced into camps or compelled to flee abroad. 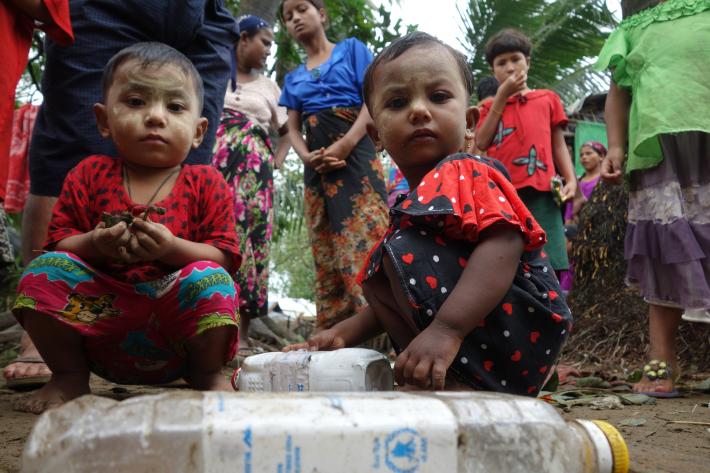 “The number one thing we want is freedom.
Everything else—education, health care, food, justice—will follow from this.”  - A Rohingya camp leader

Members of Myanmar’s Rohingya Muslim minority have been stripped of their citizenship and persecuted by the government, with many forced into camps or compelled to flee abroad. 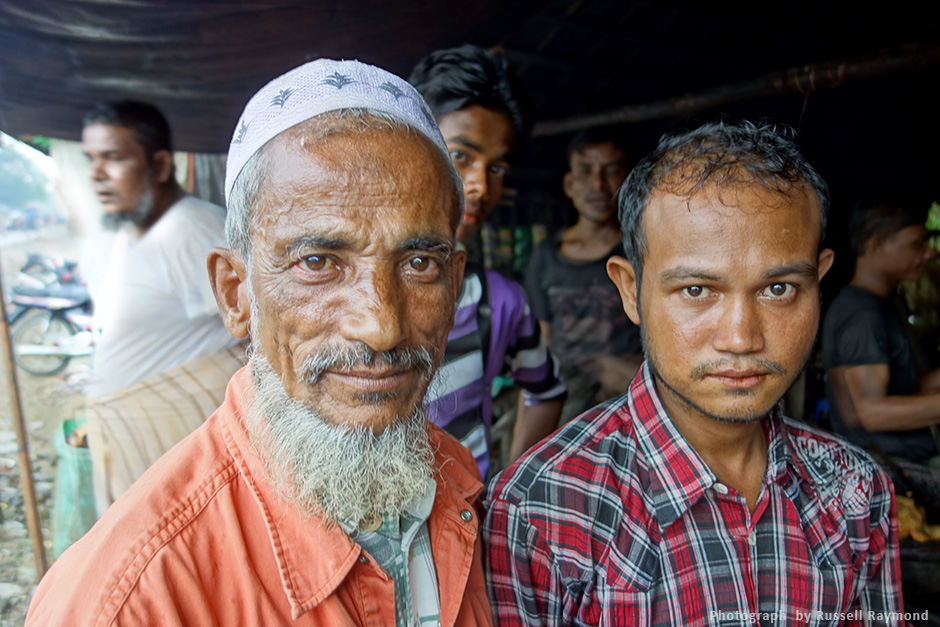 For nearly 50 years, Myanmar was run by military juntas that implemented a harsh policy of internal repression and international isolation. That began to change in 2011 as the military surprisingly transferred power to a quasi-civilian government, released political prisoners, and invited foreign investment. This sudden move toward a more open and free Myanmar (also known as Burma) prompted democratic governments to restore economic and diplomatic ties and support the country’s political transition.

This November, Myanmar will hold its first competitive parliamentary elections, but not everyone will be allowed to cast a vote. Hundreds of thousands of ethnic Rohingya have had their names purged from the voter list, marking only the latest step in decades of state-led persecution. To date, despite strong statements of condemnation, the international community has been ineffective in halting or reversing what the U.S. Holocaust Memorial Museum recently described as “early warning signs of genocide.” 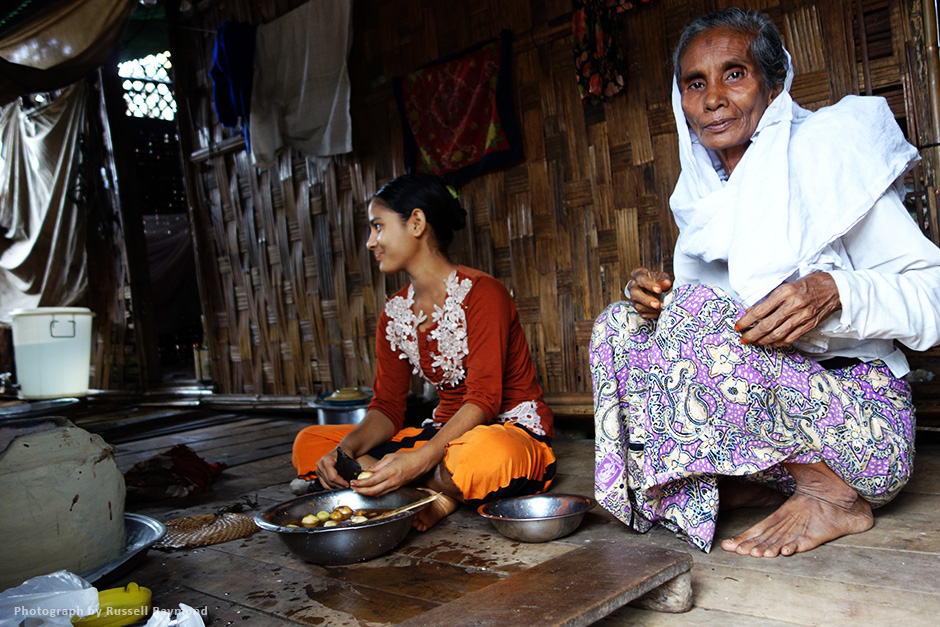 The Rohingya, a Muslim ethnic group of around 1 million people, live primarily in Myanmar’s western Rakhine State. After decades of discriminatory government policies, the Rohingya are now often described as one of the most persecuted minorities in the world. In 1982, the government stripped them of citizenship, leaving them stateless and vulnerable to abuse. In addition, approximately 10 percent of the Rohingya population is currently detained in camps for displaced persons, where they lack adequate access to health care, education, and employment. 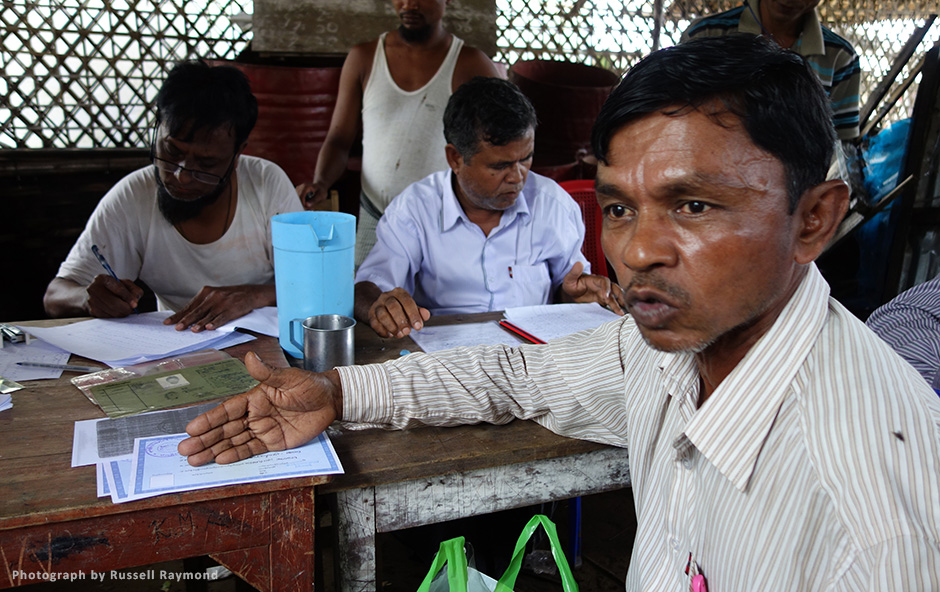 The 1982 citizenship law excluded the Rohingya from a list of 135 officially recognized ethnic groups. Government officials today refuse even to acknowledge the term “Rohingya,” insisting that they are illegal immigrants from neighboring Bangladesh and have no history in the country. This denial of citizenship has enabled numerous human rights abuses and impedes international efforts to assist the growing number of Rohingya who are fleeing to neighboring countries to escape persecution.The organization Fortify Rights has documented ongoing, abusive state policies aimed at the Rohingya, including enforced birth control, a two-child limit, marriage restrictions, restrictions on movement, and invasive monitoring and security checks. The U.S. Holocaust Memorial Museum also notes that Rohingya face physical violence, rampant hate speech, extortion, land confiscation, sexual violence, and arbitrary arrest and detention. 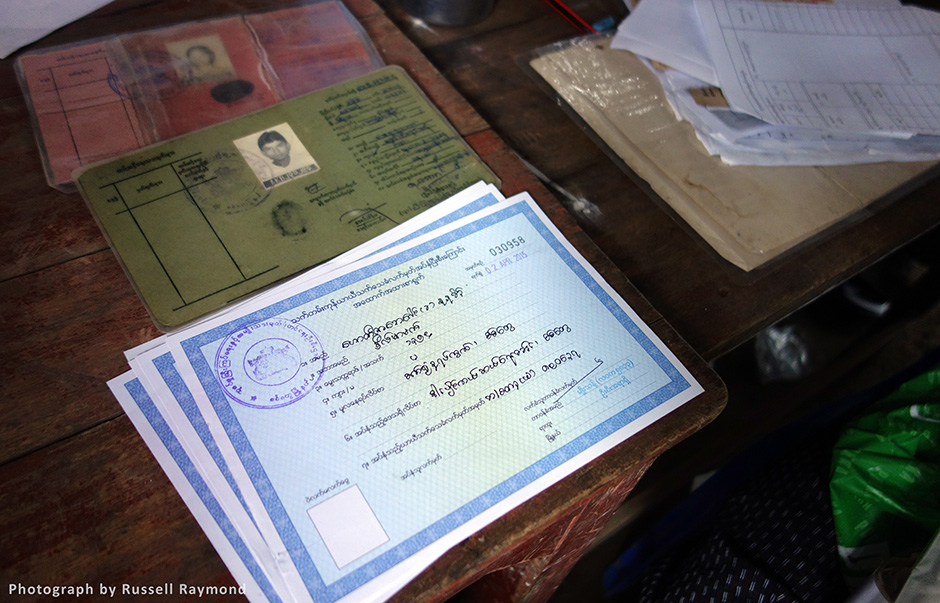 Until spring of this year, Rohingya in Myanmar had temporary citizenship documents referred to as “white cards.” However, after the parliament decided to allow white card holders to vote in a planned referendum on constitutional amendments, popular outrage and public demonstrations by hard-line Buddhist monks led President Thein Sein to reverse this policy and announce that all white cards would soon expire, and white card holders will be ineligible to vote in November’s elections. As of April, white cards were taken from the Rohingya and replaced with a new temporary identity document. To date it is unclear what the government’s plans are for these documents.

Purged from the Voter Rolls 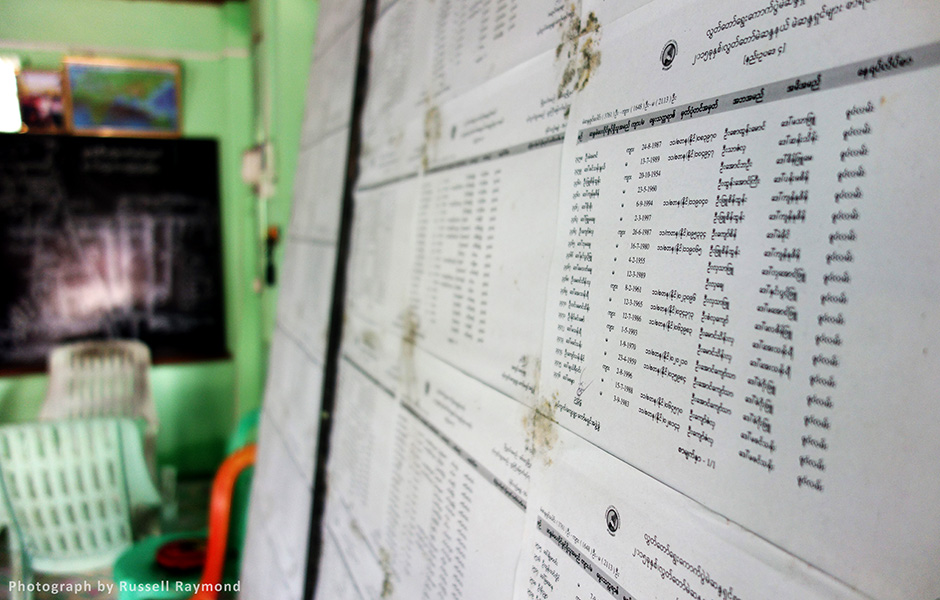 No Rohingya names appear on this list of registered voters in a government office in Sittwe, the capital of Rakhine State. Rohingya, who voted in the last national elections in 2010, have been purged from voter rolls for November’s landmark parliamentary contest—the first in which the main opposition party will compete. The Carter Center estimates that 600,000 to 1 million people have been disenfranchised.

In August, the government took its policy of disenfranchisement further.  Shwe Maung, the sole Rohingya member of parliament, has been barred from running again in this year’s elections, since the government now states that his parents were not citizens. 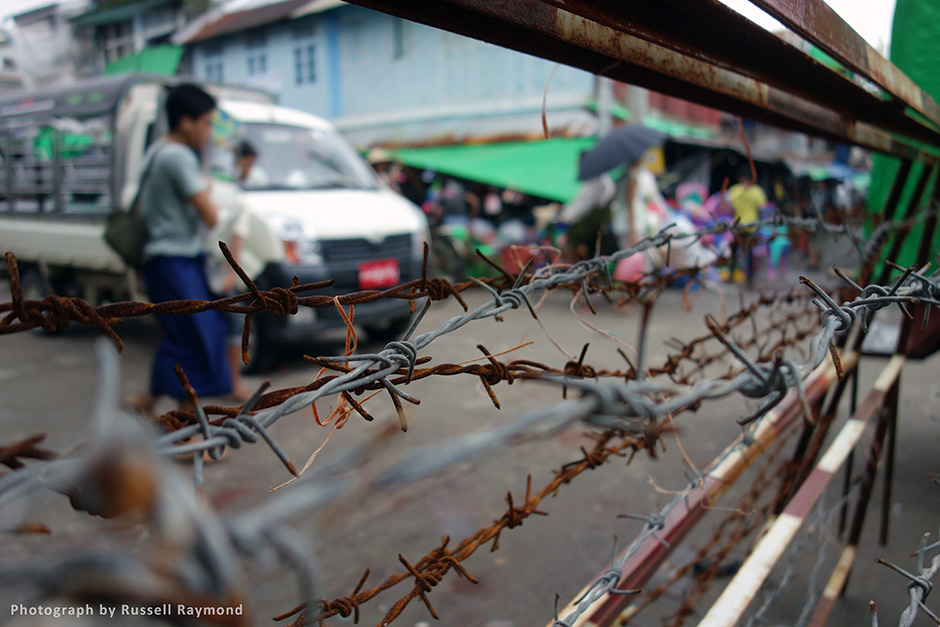 The Rohingya face long-standing ethnic and religious tensions with the Buddhist majority in Rakhine State, which views them as unwanted interlopers. In 2012, ethnic Rakhine mobs targeted Rohingya and other Muslim communities with waves of violence. Hundreds were killed, and many homes and businesses were destroyed, often while government security forces stood by and watched. Following the first outbreak in June, Human Rights Watch reported that “government authorities destroyed mosques, conducted violent mass arrests, and blocked aid to displaced Muslims.” Public statements calling for ethnic cleansing of the Rohingya led to another round of violence in October of that year. 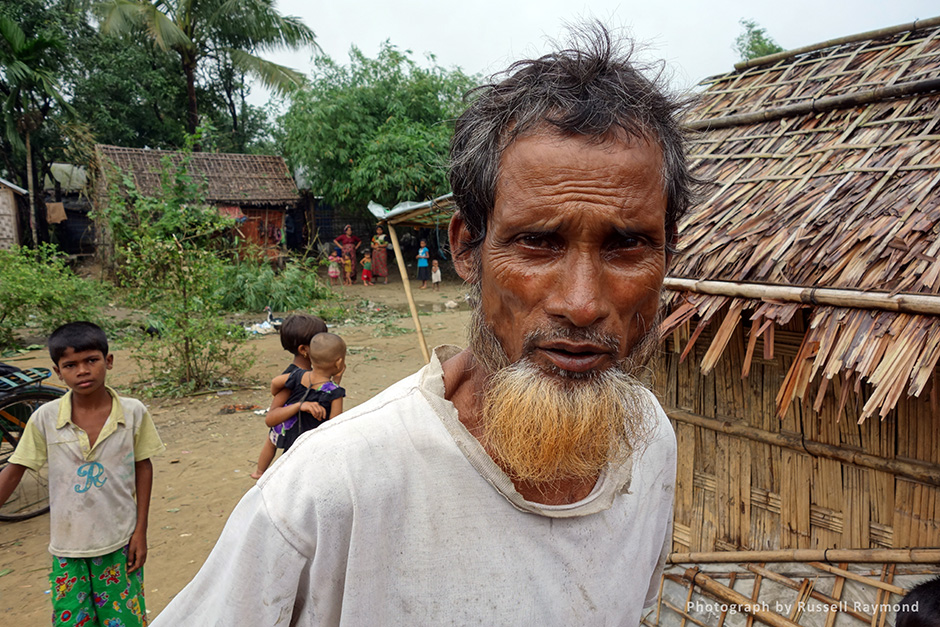 After the violence in 2012, approximately 140,000 people, mostly Rohingya, were displaced from their homes and relocated to squalid camps for displaced persons, where they are almost entirely dependent on aid provided by international humanitarian organizations. The violence was never credibly investigated, and no one was held accountable. However, Human Rights Watch concluded that Myanmar government authorities and members of Rakhine groups “committed crimes against humanity in a campaign of ethnic cleansing against Rohingya Muslims.” Three years later, the camps remain, the physical separation of Rakhine and Rohingya populations has become entrenched, and discriminatory policies and practices continue. A Rohingya man living in a camp stated, “The government has a long-term plan to eliminate the Rohingya.” 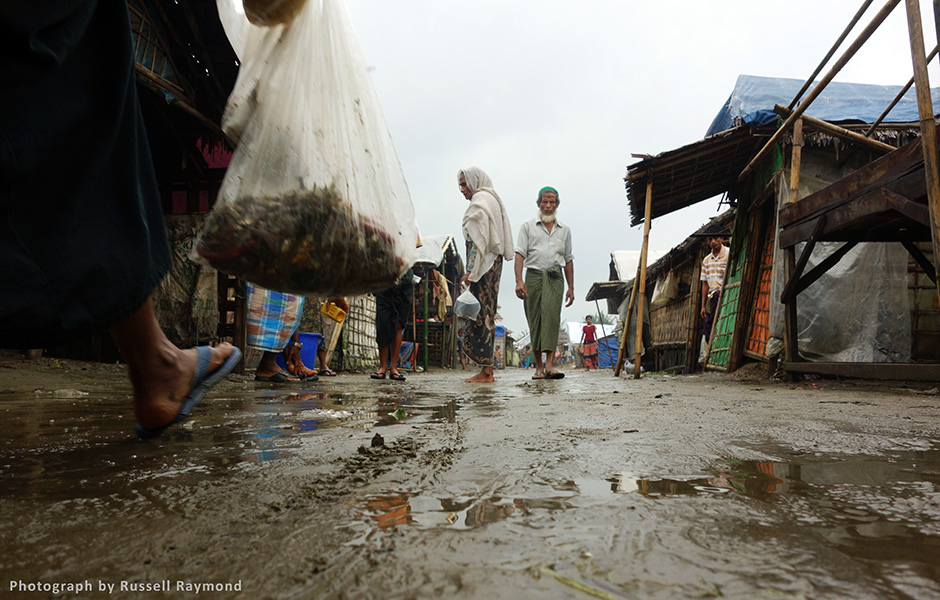 The reality of life in the camps has added a new dimension to the persecution of Rohingya communities. Entry is guarded by multiple security checkpoints, and Rohingya are not allowed to exit the camps. The UN special rapporteur for human rights in Myanmar, Yanghee Lee, reported in March that “discriminatory restrictions on freedom of movement for internally displaced Muslims remain in place, severely impacting access to health care, food, water and sanitation, as well as education and livelihoods.” Many have not seen the homes or businesses they once owned, if they still stand, since being relocated to the camps. Myanmar authorities say these restrictions are kept in place to prevent further communal violence, though Rakhine Buddhists are permitted to enter and exit the camps freely. 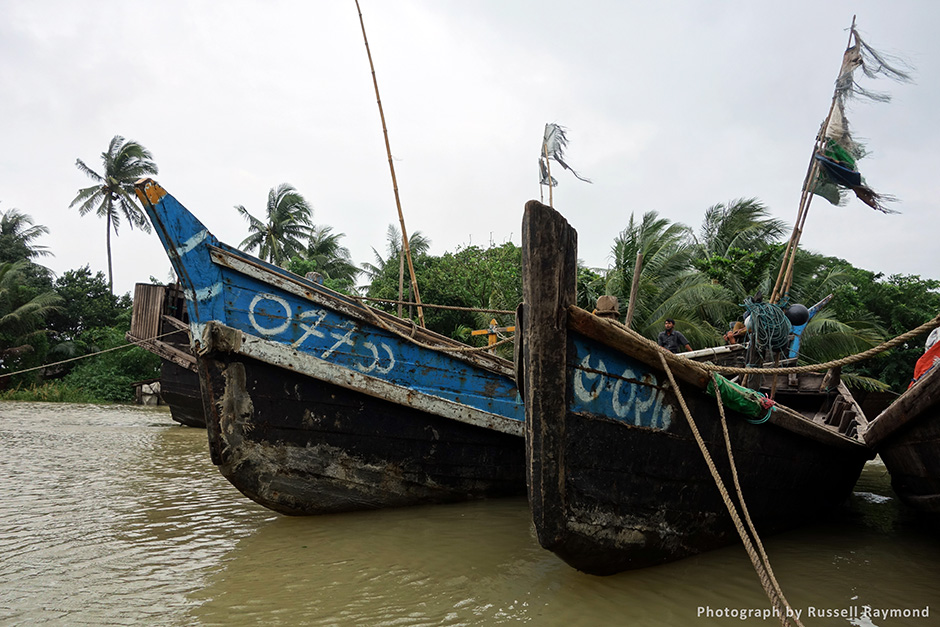 Rohingya interviewed in the camps said there are no signs of improvement or an end to their situation. The prospect of life in these conditions—with no mobility, no access to employment or education, and no hope for a real future for their families—has led many to risk their lives and attempt to migrate by sea to neighboring countries. The U.S. State Department’s latest human rights report states that more than 100,000 Rohingya have fled Rakhine State since 2012. This exodus is “facilitated by [Myanmar] military and security forces and criminal smugglers and traffickers,” who subject the migrants to further abuse and exploitation. At an international conference on the Rohingya refugee crisis in May, Myanmar government officials refused to acknowledge any responsibility for the root cause of the crisis through their treatment of the Rohingya.

“We’re living in a prison.” 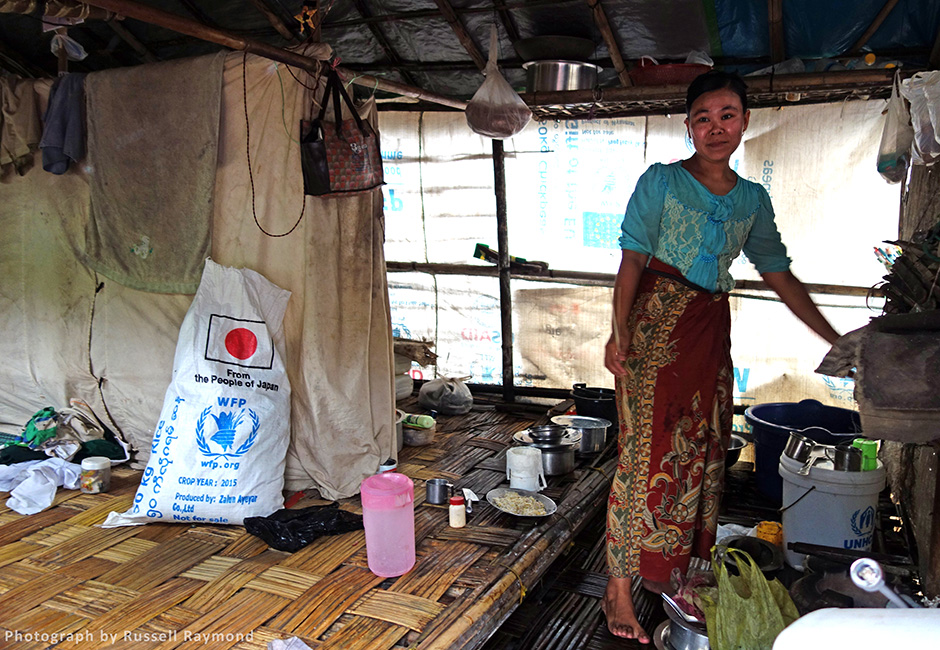 In the camps, eight to ten family members often live within a single shelter, like the one pictured. A Rohingya community leader said in an interview, "I was a police officer for 16 years. Now I'm not a citizen and am I'm not allowed to leave this camp. We’re living in a prison. I used to live in a house in the city. Now we all live in homes for animals, like chicken coops."

Cut Off from Schools 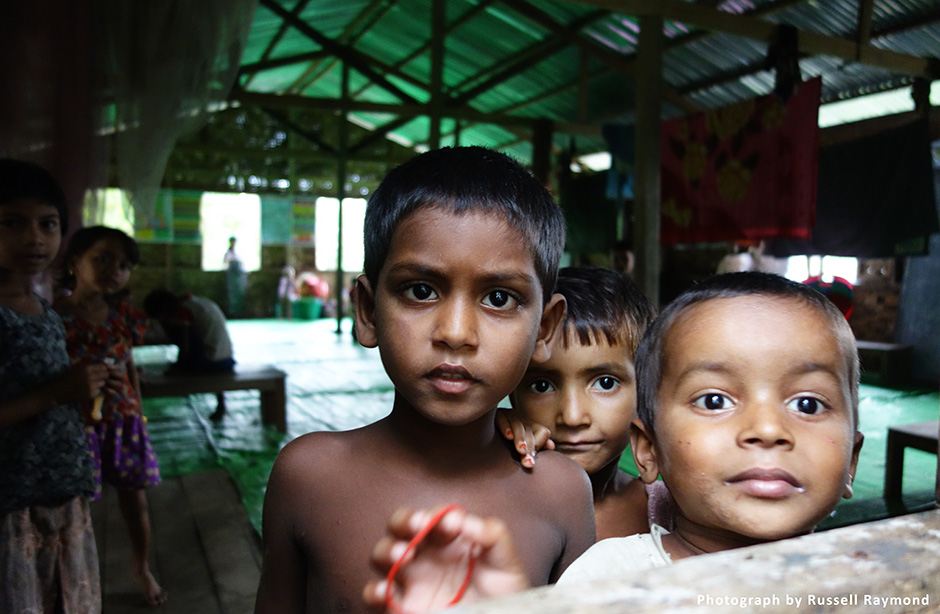 Before being forced into the camps, many Rohingya were attending school, operating businesses, or pursuing advanced degrees. Rohingya students who used to study alongside Rakhine students now find themselves segregated, barred from returning to their former schools or continuing classes at Sittwe University. Temporary schools constructed by international aid organizations provide a basic level of education for camp children, but it is far from sufficient. One Rohingya man commented, "In a few years, we'll have a whole generation of children who won't have an education." 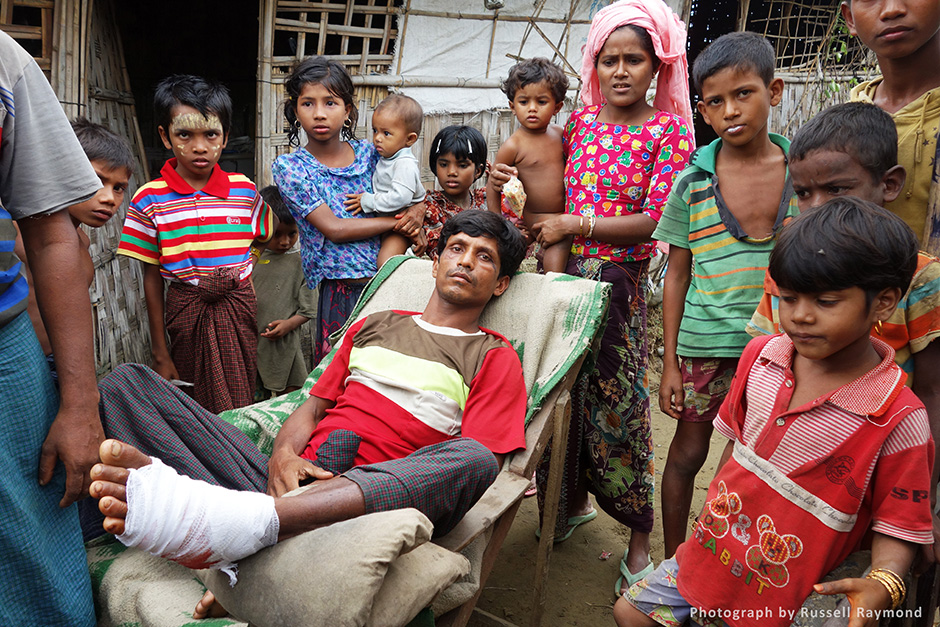 Restrictions on freedom of movement for Rohingya in the camps also exacerbate problems such as lack of access to adequate health care. The government forced Doctors Without Borders to halt work in Rakhine State in February 2014. While the group was allowed to resume basic health services in early 2015, the availability of adequate care is still limited.

No Help after Storms 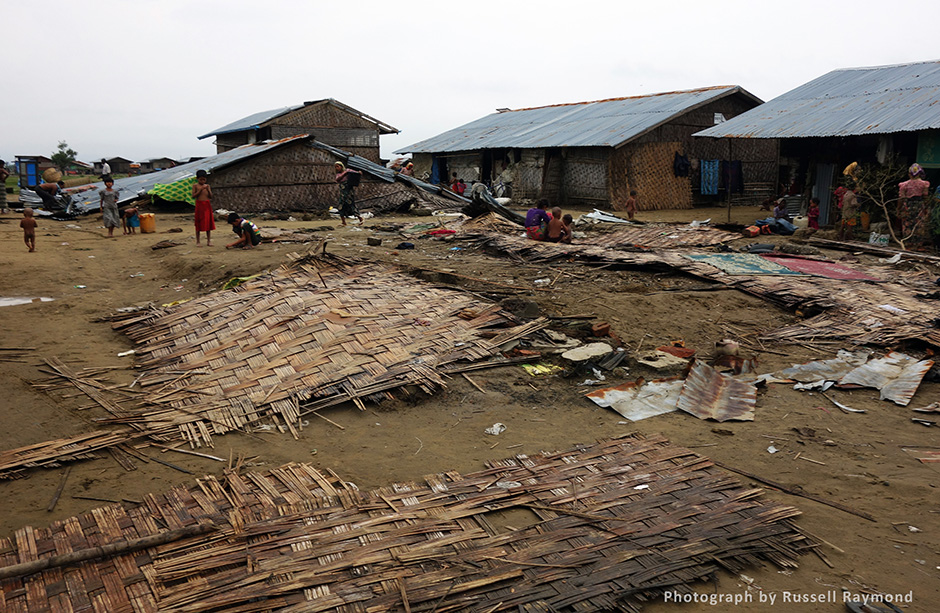 In late July 2015, severe storms struck Rakhine State, downing trees, flooding villages, and destroying homes. In the days that followed, hundreds of police officers, military personnel, and local residents worked to clear damage in the streets around Sittwe. However, in the Rohingya camps there was no government assistance or activity. Families that lost their small homes were forced to move in with neighbors. Camp leaders noted with irony that the police guards fled to safety during the storm, but residents don’t have that luxury. “If a real cyclone came, we would be trapped here. We can’t leave the camp. We would be dead.” 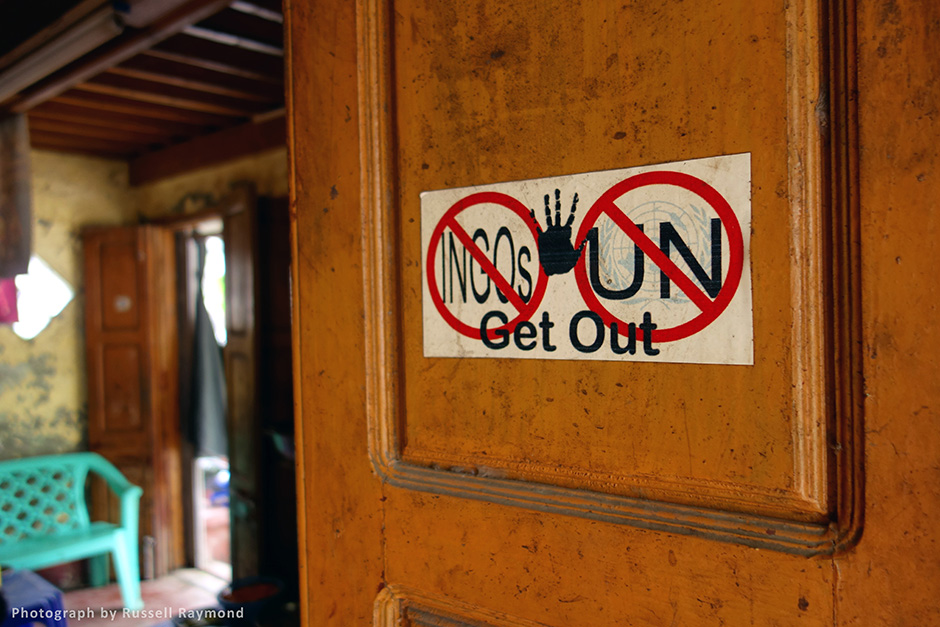 Many Rakhine Buddhists believe that international aid organizations are only interested in helping the Rohingya, and discriminate against the Rakhine. In March 2014, Rakhine mobs attacked the offices of the United Nations and other international aid groups in Sittwe. These assaults forced international and local staff to temporarily leave the state, causing a six-week halt to food and service delivery in the camps. 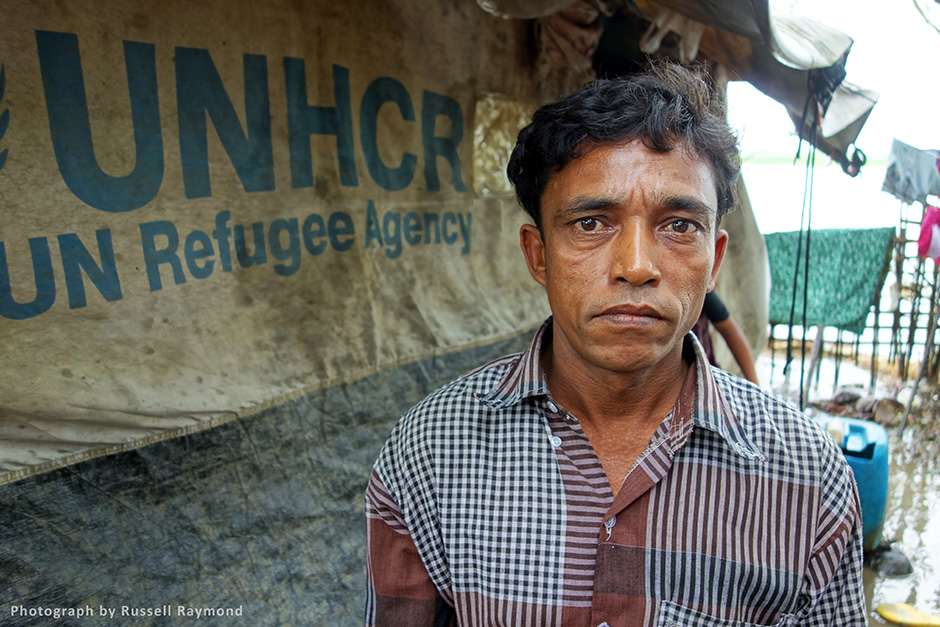 As a group with no citizenship and no voice in Myanmar’s transition to a democracy, the Rohingya have no recourse to claim their fundamental human rights except by appealing to the international community. To speak out in support of the Rohingya within Myanmar is taboo. Even local human rights activists and prodemocracy politicians, such as Nobel Peace Prize winner Aung San Suu Kyi, are silent on the topic. These figures may fear putting their personal reputations or safety at risk, or quietly agree with the government’s policies. Such lack of domestic debate nurtures a dangerous environment in which hate speech and misinformation are allowed to grow.

“The number one thing we want is freedom. Everything else—education, health care, food, justice—will follow from this.”  - A Rohingya camp leader 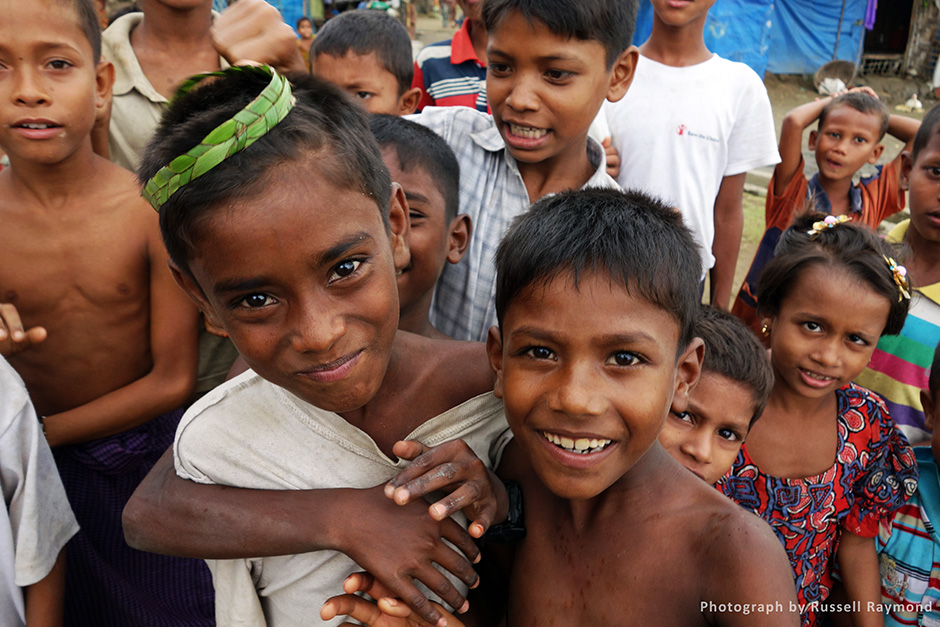