Nigeria’s Twitter Ban Is a Bellwether Case for Internet Freedom 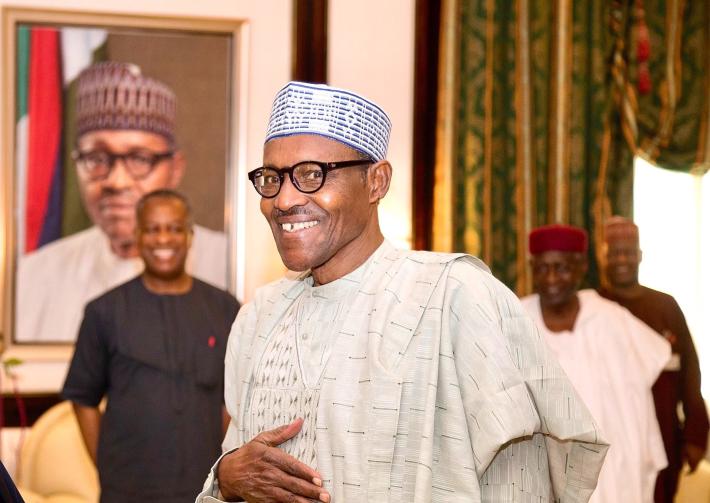 In Nigeria, a country that once sought to be Africa’s tech hub, many residents can no longer access Twitter. The government has blocked the popular social media platform since June 5, not long after Twitter enforced its content policies against President Muhammadu Buhari’s account. This extraordinary series of events showcases Nigeria’s dangerous shift toward digital repression, mirroring a global trend in which governments have restricted social media to maintain political control. The move may also be a harbinger of retaliatory restrictions on platforms around the world, as international tech companies begin to enforce their terms of service more stringently against leading politicians and politicians, in turn, seek to exert pressure on platforms.

The Nigerian blocking appears to have been precipitated by Twitter’s content moderation. On June 2, the platform deleted a post from Buhari’s account and suspended the account for 12 hours. Twitter stated that the post, in which Buhari seemed to threaten violence against members of a secessionist movement in southeastern Nigeria, violated the platform’s policy on abusive behavior. (Facebook also deleted a post from Buhari’s account with the same language, reportedly after contacting the president’s office to ask that the post be edited). Days later, leading Nigerian internet providers restricted access to Twitter on government orders. Though users in Nigeria have experienced some government-ordered online censorship over the years, the new ban is unusually extreme.

Of course, the decision to block Twitter was likely not based solely on the removal of the president’s post. Nigerians have long used the platform as a venue for free expression and unfettered criticism of the government, making it a regular irritant for Buhari. The official explanation for the ban cited unspecified “activities” hosted on the service that “are capable of undermining Nigeria’s corporate existence,” a reference to the unity and national security of Nigeria’s federal republic.

The #EndSARS protest movement of October 2020 offers a potent example of dissent incubated online. Nigerian internet users took to social media to call for an end to police brutality, with many employing the #EndSARS hashtag in reference to the Special Anti-Robbery Squad, a particularly abusive armed police unit. The online mobilization sparked a series of offline demonstrations. As the protests unfolded, Twitter served as a space to talk strategy, coordinate resources, and share powerful stories of repression and resistance. After Nigerian military forces opened fire on protesters at the Lekki Tollgate, killing at least 12 people, social media users circulated photos and videos of the massacre –  critical documentation that was later used to demand justice and accountability from the government.

Cases of online mobilization like the #EndSARS movement probably helped set the stage for the current ban, though other factors may also have played a role: Twitter decided in April that it would locate its Africa headquarters in Ghana rather than Nigeria, a decision that Nigeria’s government likely regarded as a slight.

To be clear, the Nigerian government’s blocking of Twitter is arbitrary, disproportionate, and in a certain sense ridiculous. There are no signs that the government pursued more targeted and transparent measures to address the purportedly dangerous content on Twitter, such as reporting it to the platform itself. Social media companies have a responsibility to ensure that their platforms are not misused to incite offline violence – which is precisely why Twitter said it removed Buhari’s post.

That particular removal represents nuanced content moderation in action. Buhari’s words did not openly threaten. Rather, he warned “those misbehaving today” to remember the horrors of the Biafran War, a 1967–70 civil conflict between the Nigerian government and secessionist Biafra that left millions of Biafran residents dead from a famine caused by a government blockade. Buhari evoked his own military service in the conflict, saying those “who went through the war” would treat the current secessionists “in the language they understand.” He was responding to a recent spate of attacks and other activity attributed to pro-Biafran groups. The removal of the post showed that Twitter was alert to its historical and regional context, a critical factor that platforms have too often ignored or sidelined, sometimes with horrific consequences.

Days after Twitter deleted Buhari’s post, Facebook announced a monumental shift in its own policies. The platform said it would no longer hold world leaders’ statements to a different content moderation standard than ordinary users; previously, Facebook had generally allowed prominent politicians’ posts to remain online under its “newsworthiness” exception, even if they violated community standards. The general change was announced alongside a specific decision in the headline-grabbing case that prompted it: after the company’s oversight board urged executives to set a limit on the suspension of former U.S. president Donald Trump’s account, Facebook said he would be banned for two years, citing his use of the platform to praise participants in the violent January 6 attack on the U.S. Capitol.

The list of world leaders facing direct restrictions by social media platforms remains relatively short. Earlier this year, Twitter removed posts by Brazilian president Jair Bolsonaro and Venezuela’s de facto president Nicolás Maduro for spreading COVID-19 misinformation. But those deletions seemed to be exceptions that proved the rule of impunity for such figures.

The restrictions on Twitter in Nigeria illustrate the dilemma faced by social media companies attempting to finetune their global content moderation. These companies should certainly enforce restrictions against world leaders who use their platforms to incite violence or otherwise endanger people. But as firms do so more frequently and consistently, they will face more responses like Nigeria’s. Governments may block platforms as retaliation for enforcement actions against their leaders or accelerate hostile regulations that expand government control over online spaces, perhaps looking to India and Turkey as models.

A turn toward retaliation would be the latest twist in a long pattern of governments manipulating social media spaces for political aims. During the COVID-19 pandemic, authorities around the world censored online speech to shape the narrative about their countries’ responses to the health crisis. Many countries have had their information landscapes distorted by hyperpartisan social media mobs composed of paid agitators, automated accounts, and authentic loyalists. Given the opportunities afforded by the online status quo, it is only natural that incumbent leaders would object to new, impartial content-moderation policies from which they are not exempt.

A Standoff with Consequences

The battle over Twitter in Nigeria shows no sign of abating. Since the ban took effect, the government has threatened to prosecute those who continue to use Twitter and ordered media organizations to leave the platform. Officials may even be drafting regulations to require social media companies to seek operating licenses from the government and maintain local teams in Nigeria, moves which would further increase government leverage over the companies.

Many Nigerians refused to accept the blocking, employing circumvention tools to reach their accounts and continuing to post in protest. Meanwhile, Nigerian digital rights groups like the Paradigm Initiative have mobilized along with global civil society to denounce the ban. Other Nigerian organizations have sued to challenge the government’s actions. As the dispute plays out, Nigeria’s digital economy is paying the price, potentially losing billions of naira a day.

The democracies that host global social media companies – and internet users everywhere – have a stake in the outcome of the Nigerian case. If the ban is allowed to stand, or succeeds in forcing Twitter to make problematic concessions, other governments could soon follow suit, doing immeasurable harm to freedom of expression, access to information, and political pluralism around the world.

This piece was first published on Just Security on June 24, 2021.