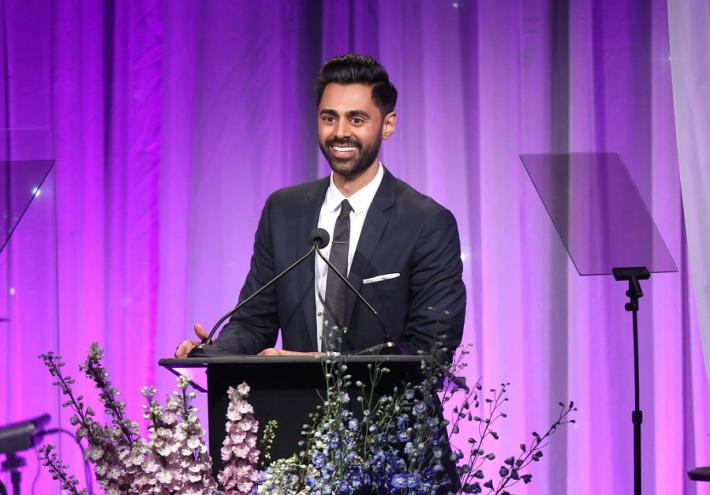 News broke this week that Netflix, acting on a request from Saudi Arabia’s Communications and Information Technology Commission, removed an episode of the comedy show Patriot Act with Hasan Minhaj from the streaming service’s Saudi platform because it was critical of Crown Prince Mohammed bin Salman and his government’s involvement in the war in Yemen. This politically motivated censorship comes at a time when the kingdom is already under intense scrutiny over the murder of columnist Jamal Khashoggi in October 2018, apparently on orders from the crown prince. Given its record of intolerance for dissent, Saudi Arabia’s move to silence another critical voice online is hardly surprising.

But Netflix’s decision to comply with the request has renewed an ongoing debate about how international companies should respond to politically motivated censorship demands when operating in repressive countries. Governments with little regard for freedom of expression routinely ask social media platforms like Facebook and Twitter to remove critical content that allegedly violates domestic laws. The latest restriction in Saudi Arabia suggests that governments will increasingly impose such rules on entertainment and streaming platforms as well.

In making what Netflix described as “a valid legal request” to remove the Patriot Act episode, the Saudi government claimed that it violated Article 6 of the country’s 2007 Anti-Cyber Crime Law, which bans the production of anything that “harms public order, religious values, public morals, [or] the sanctity of private life” and prohibits “authoring, sending, or storing [such material] via an information network.” The law imposes penalties of up to five years in prison and 3 million riyals ($800,000) in fines on those who violate its vaguely written provisions.

The authorities have frequently used Article 6 to silence dissent. For example, activists Mohammed al-Otaibi and Abdullah al-Attawi, who had founded a short-lived human rights organization, were sentenced in 2018 to 14 and 7 years in prison, respectively. They were convicted in part for “dividing national unity” and “publishing information” about previous interrogations by the public prosecutor regarding their advocacy work.

The Saudi government also routinely forces the removal of online content. In September 2017, authorities ordered Snapchat to block the news network Al-Jazeera, a move that was apparently linked to the kingdom’s feud with neighboring Qatar, where Al-Jazeera is headquartered. In December of that year, Canada-based Saudi dissident Omar Abdulaziz said that a critical hashtag he created, translated as #StopalSheikFromWastingTheNationsMoney, had been removed from Twitter after being retweeted 6,000 times. In another case, London-based Saudi dissident Ghanem al-Dosari reported that his Facebook account was inaccessible for nine months. Abdulaziz and al-Dosari both claimed that Saudi authorities were behind the censorship.

A global problem on the rise

While content removal requests around the world are typically grounded in laws pertaining to national security, cybercrimes, hate speech, or defamation, many repressive governments use such laws as a pretext for politically motivated censorship. Turkey, whose leadership has intensified its crackdown on dissent since a 2016 coup attempt, is a global leader in content removal requests, with approximately 4,300 requests to Twitter alone between July and December 2017; in 3 percent of those cases, Twitter at least partly complied. The government’s requests primarily affect journalistic or critical speech.

Content removal on streaming services is less routine, but Netflix’s decision to remove the Patriot Act episode is not the first instance of censorship on these platforms. In India, streaming services are reportedly self-censoring to appease right-wing political figures. Netflix released a censored version of the film Angry Indian Goddesses in the country, but provided international audiences with the uncensored version. Amazon Prime has similarly issued censored content for its Indian audiences, featuring blurred nudity and deleted images of animal carcasses. In China, where Netflix does not operate, the Netflix show BoJack Horseman was removed from the domestic streaming platform iQiyi, with which Netflix has a licensing deal, two days after originally airing due to its satirical content.

Many governments also use licensing requirements to censor streaming services. In Indonesia, the largely state-owned internet service provider (ISP) Telkom Indonesia has blocked Netflix since early 2016, claiming that the company operates without the proper licenses and exposes users to violence and pornographic content that is prohibited under Indonesian law. In March 2018, the Turkish parliament approved a bill that requires streaming platforms to obtain broadcast licenses and allows the country’s Radio and Television Supreme Council to remove content.

Streaming services like Netflix and Amazon Prime can serve as important vehicles for expanding artistic freedom. By producing and airing shows like Patriot Act that merge news and entertainment, these companies increasingly play a role in the protection of press freedom as well, joining other online information sources such as Twitter, Facebook, and Google. The improper removal of content from these platforms threatens some of our most fundamental human rights and the core principles of democracy.

Following the Patriot Act incident, Netflix stated that it supports “artistic freedom worldwide and only removed this episode in Saudi Arabia after [it] had received a valid legal request—and to comply with local law.” So how should international companies respond when faced with the choice of either complying with repressive laws or being blocked in important markets?

First, they should adhere to the UN Guiding Principles on Business and Human Rights. Companies should determine whether a given request amounts to a legitimate restriction under international human rights law. This includes assessing whether the removal is proportional and necessary to achieve a precisely stated aim that is itself acceptable under international law—something Netflix apparently failed to do in the Patriot Act case. Such widely recognized standards can lend authority and consistency to a company’s policies on politically sensitive content and help it resist pressure to censor.

When possible, companies should also resist improper content removal requests through domestic legal processes, including by filing objections with regulators and appealing to the courts. Netflix does not seem to have exhausted all of its legal options in Saudi Arabia. In places where platforms are ultimately forced to restrict content, that restriction should be as narrow as possible. Fortunately, only one episode of Patriot Act was removed, and so far it remains available via YouTube in Saudi Arabia.

As more countries move toward digital authoritarianism, government attempts to remove and censor content will likely proliferate. Companies like Netflix owe it to their viewers to resist and help reverse this trend.