The Saudi regime is helping fuel global authoritarianism. Here’s how Biden should handle it on his visit. 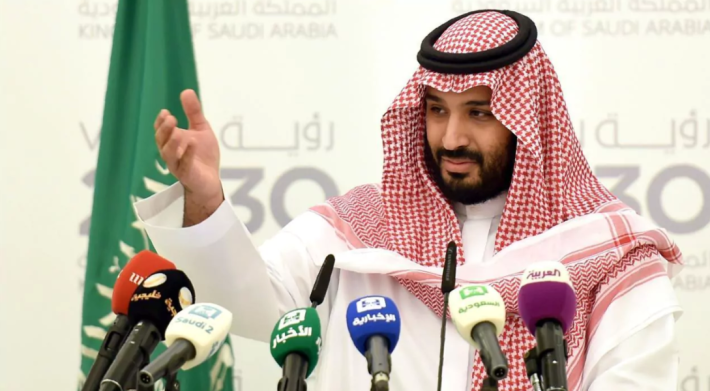 President Joe Biden is heading this week to Saudi Arabia, looking to reorient a troubled relationship with a country whose de facto leader was, according to US intelligence, behind the murder of Washington Post journalist Jamal Khashoggi. After once calling Mohammed bin Salman a pariah, the president now appears ready to accept a more normal diplomatic relationship with the Saudi government and the crown prince.

There will be a great deal at the table on this visit — issues like energy, regional security and the climate. But global democracy is also at the table, whether it’s on the formal agenda or not. The Saudi government’s murder of Khashoggi in its consulate in Istanbul was the most notorious recent example of what has become standard operating procedure for authoritarians around the world: transnational repression — autocratic governments’ noxious practice of targeting, intimidating and harming critics beyond their own borders.

Freedom House has documented 735 incidents between 2014 and 2021 of physical transnational repression globally, perpetrated by 36 governments. There are countless more that did not make the headlines. And Saudi Arabia is not only a practitioner of these repressive crackdowns — it’s an enabler of other repressive governments as well.

During his visit, it is crucial that Biden refrain from saying or doing anything that would appear to excuse the crown prince for Khashoggi’s killing. And Biden should go further by telling Saudi authorities that the United States and its democratic allies will not tolerate transnational repression.

In a recent op-ed defending his visit, Biden cited numerous steps his administration has taken to counter transnational repression. This visit can either build on that progress or stall it significantly.

As authorities continue to detain political prisoners, repress the rights of women, and crack down on internal dissent, Saudi Arabia is already one of the worst places in the world for political freedom. And the regime exports its authoritarian control by pursuing those who have the temerity to criticize it anywhere they may live around the world. The Saudi government has targeted people in at least 14 countries with a range of physical and digital tactics, expertly levied to surveil, intimidate and repatriate its critics. Last month, US prosecutors indicted a Saudi man for lying to federal authorities in connection with an online campaign to threaten and harass Saudi activists living in the US and Canada. Bin Salman’s campaign of repression is being coordinated and launched on American soil — a direct incursion on the sovereignty of the United States.

Bin Salman’s government doesn’t just target its own critics. It helps other governments, including those of Turkey, Sudan, Egypt and China, commit transnational repression. It has repeatedly detained and threatened to extradite Uyghurs to China, where they face severe abuses including torture in Chinese Communist Party–run reeducation camps. In supporting fellow autocrats’ extraterritorial violence, the Saudi government continually enforces the idea that dissent of any kind, anywhere, is intolerable.

Over the past two years, the United States has become a leader in working to address this global phenomenon. The Biden administration established a whole-of-government approach that has resulted in criminal indictments for transnational repression committed or planned by the governments of Iran, China and Egypt. The FBI launched a webpage and provided informational resources for targeted communities in the United States, including Uyghurs, Saudis and Rwandans. The Department of Homeland Security has held roundtables with affected individuals. The State Department has warned diplomats stationed at embassies in Washington against harassing and threatening members of their countries’ diasporas. All of these measures are pioneering for protecting people in the United States from attacks by foreign governments.

If Biden does not maintain this momentum and raise the issue of transnational repression with bin Salman, all this progress could be undermined. For the Saudi journalists, dissidents and human rights defenders who depend on the administration’s enforcement of international human rights standards, it could dampen trust in U.S. support and send a chilling effect through activist communities. Just weeks after the G-7 announced its commitment to strengthening responses to transnational repression, a failure to confront the issue with bin Salman risks weakening the United States’ voice on strengthening democracy and combatting global authoritarianism.

To continue the fight against transnational repression beyond this week’s meeting, Biden’s administration could commit to sanctioning Saudi officials who engage in human rights violations, including transnational repression; vet applicants to diplomatic posts to ensure those who have a track record of harassing diaspora are not accredited; and restrict or condition security assistance and trade deals, should the Saudi government continue its campaign against exiles.

The coming visit offers President Biden an opportunity to directly confront one of the leaders spearheading the rise of global authoritarianism. He should use it to take a stand for democracy.