The leadership in Warsaw has gone well beyond the antidemocratic playbook pioneered by Viktor Orbán’s Hungary, brazenly fracturing the rule of law and threatening European integrity. 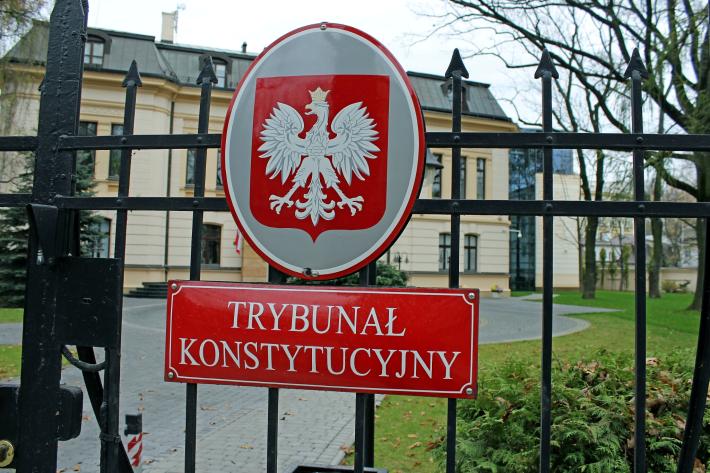 The leadership in Warsaw has gone well beyond the antidemocratic playbook pioneered by Viktor Orbán’s Hungary, brazenly fracturing the rule of law and threatening European integrity.

When Viktor Orbán came to power in Hungary in 2010, the fact that his right-wing nationalist Fidesz party won a two-thirds supermajority in the parliament prompted significant concern. It was easy to see how such unchecked power could lead to abuse. In the seven years since, Fidesz has indeed changed the constitution, amended hundreds of laws and electoral rules, all but snuffed out media independence, and greatly weakened civil society and the judiciary.

So when the radical conservative Law and Justice (PiS) party won elections in Poland in 2015, democracy advocates in Central Europe took some comfort in its failure to win a supermajority. They thought this might prevent the party from demolishing democratic institutions, which it had sought to do the last time it was in power, from 2005 to 2007.

As it turns out, they were wrong.

Over the past two years, PiS has done such enormous damage—particularly to the rule of law—that it is unclear how any subsequent Polish government could remedy the situation, even if it took office tomorrow.

Respecting the rules, by and large

All politicians are prone to advancing their personal or partisan interests at the expense of the public good. This is why a system of checks and balances and the rule of law are paramount in democracies: They lay down the rules of the game and define the roles and responsibilities of each player. In well-functioning democracies, an independent judicial branch not only applies law and settles cases between quarreling parties, but also protects citizens against overreach by their own government.

Governments in democracies sometimes speak out against unfavorable rulings. More rarely, they may try to pack constitutional courts with partisan appointees or adopt legislation that curtails judicial independence. Yet by and large, democratic parties play by the rules of the game and back down in the face of institutional checks, whether from the courts themselves, the political opposition, the media, or civil society.

Bending the rules, because they can

When a political party wins a large enough majority to overcome key institutional safeguards, it has an unusual opportunity to completely transform a country’s governing system.

This is what happened in Hungary. Fidesz, using its parliamentary supermajority, has completely reshaped Hungary’s legal framework and adopted numerous laws that go against the spirit of international and European conventions on separation of powers and fundamental rights. For example, while amending the constitution in 2011, the party reformed the constitutional court, increasing the number of judges from 11 to 15 to give its own appointees a majority. The new judges, some of whom came directly from Fidesz’s parliamentary contingent, have failed to function as a real check on the government, green-lighting most of its initiatives despite obvious concerns about their legality.

Fidesz has bent the rules of the game to its liking, but—crucially—it has done so for the most part in a procedurally correct way, minimizing the grounds for any European Union (EU) intervention. When EU institutions criticize the Hungarian government or launch infringement proceedings against it, Fidesz typically takes a step back, but only after it has already taken three steps forward and created new facts on the ground.

In 2012, for instance, the government lowered the retirement age for judges from 70 to 62, forcing almost 300 judges to retire and giving itself an opportunity to replace them with new, politically loyal appointees. Fidesz amended the law following a European Commission infringement procedure, and even allowed for the retired judges to be reinstated, but by this time most of the ousted judges had chosen to receive compensation instead, as their replacements had had already taken up their positions.

Throwing the rules out the door

The critical difference between Poland and Hungary is that the current Polish government, while seeking to emulate Fidesz, does not have the legal power to make similar changes. PiS received just 37.6 percent of the vote in 2015, barely enough to govern alone but far from the supermajority needed to change the constitution. Nevertheless, it has blazed ahead in violation of the rules, shattering Poland’s legal framework in the process:

The reason behind all of these steps is PiS’s profound hostility toward the existing judiciary and, clearly, to the very idea that another body can place limits on its power. The party subscribes to a dangerously narrow understanding of democracy in which the people’s will trumps all—with the important, self-serving caveat that anyone who opposes the party representing the Polish people’s will must not be a true Pole. To drum up public support for its moves, PiS has launched a smear campaign against Polish judges, calling them communist collaborators and worse, complete with billboards and a website listing crimes committed by judges.

Now is the time to act

PiS is essentially saying that it does not care about the rules of the game. This is a tremendous challenge to the EU and, in fact, to all democracies. If a member state can openly flout the legal and democratic norms on which the union is built, the EU cannot survive.

It is also difficult to predict what will happen if and when a new government takes power in Poland. The incoming officials—particularly if they lack a supermajority—will not only have to decide which court rulings and appointments are valid, but will also have to overstep their authority while doing so, not unlike in transitions from nondemocratic rule. This could start a vicious circle, blurring the line between arguably unlawful but necessary changes and changes that are both unlawful and driven by political revenge. In effect, each subsequent change of government could amount to a change of regime.

The longer PiS continues on its present course, the harder it will be to clean up the mess. Since Polish citizens and institutions have so far been unable to stop their runaway government, the rest of Europe must act. It is time to launch Article 7 proceedings against both Poland and Hungary at the same time—thereby preventing a “fellow traveler” veto. Warsaw’s blatant violation of legal norms puts the EU in a better position to intervene than it was a few years ago with Hungary, and Budapest itself is now much further off the democratic path, meaning the reality of rights violations in that country can no longer be questioned either.