Some tactics have been productive, but others are fueling a backlash. 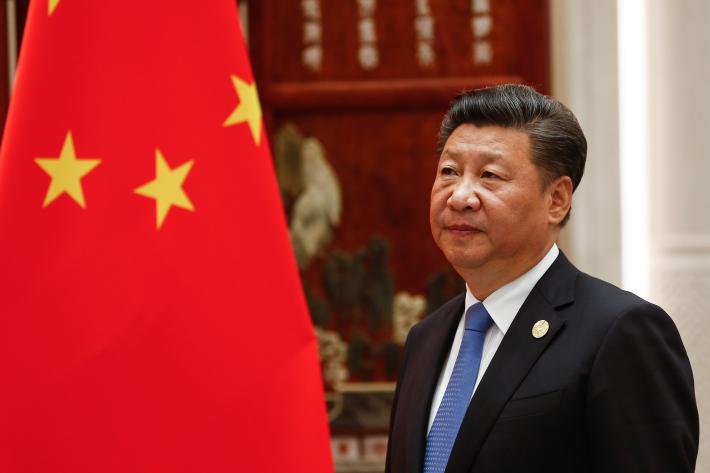 Over the past decade, the ability of the Chinese Communist Party (CCP) to influence global media has expanded dramatically, including online. Since 2018, however, this effort has become more brazen and aggressive, often provoking pushback against Beijing when it veers toward especially coercive or underhanded behavior.

An analysis of developments from the last two months offers some insight on where the regime’s campaign is gaining traction, where it is backfiring, and what to watch for in the months to come.

Revelations from October point to three areas where the Chinese government has developed a strong—and arguably growing—foothold, despite expressions of concern about its impact or concrete action taken by some individuals to push back.

First, Beijing has made progress in its bid to monitor and control international data traffic. The United Nations appears on track to open two data hubs in China: one for “Global Geospatial Knowledge” and the other for “Big Data for Sustainable Development Goals.” An article by researcher Claudia Rossett in the Wall Street Journal notes that memorandums of intent have already been signed, and two locations in Zhejiang Province have been selected. Thus even as an increasing number of countries move to exclude Chinese firms like Huawei from their telecommunications infrastructure or otherwise voice concerns about surveillance, the Chinese government is using its powerful influence at the United Nations to develop potentially massive access to satellite information and data flows from around the world. The partnership adds a UN stamp of legitimacy to Beijing’s initiative and offers the regime an opportunity to more effectively shape technical standards according to its authoritarian vision or to monitor Communist Party critics abroad.

Second, the regime is stepping up interference in the domestic political discourse of foreign countries. On September 22, Facebook announced that it had removed a network of accounts, pages, and groups on its platforms that originated in China and had engaged in inauthentic behavior targeting Southeast Asian countries, in particular the Philippines. This campaign stands out among other efforts by China-linked accounts in that much of the activity went beyond the common focus on China-related content such as events in Hong Kong or the Philippines’ territorial dispute with China, targeting local audiences with material in Filipino and English that appeared to favor or disfavor domestic political actors—for example by promoting President Rodrigo Duterte and criticizing the independent news organization Rappler. Moreover, relative to many of the accounts in similar campaigns that have been taken down recently, these appeared to gain more traction, garnering over 130,000 followers and millions of interactions. Several factors might have contributed to this success, including the widespread use of Facebook in the Philippines, the polarized political landscape, and the already close relationship Chinese state media have established with the presidential communications team.

Third, CCP political preferences are seeping ever deeper into the international videogame industry. When Shanghai-based game developer miHoYo launched Genshin Impact in late September, it was hailed as the biggest global launch of a Chinese game to date. But the long shadow of CCP censorship soon became evident in the program’s in-game chat function. Politically sensitive words ranging from “Hong Kong” and “Taiwan” to “Falun Gong” and even “Putin” are reportedly converted to asterisks. Well-known gamer Kazuma Hashimoto posted a clip on Twitter to illustrate the problem and announced that he “can’t play it in good conscience.” Hashimoto said last year that he was quitting games made by a US-based company, Blizzard, after it punished a Hong Kong e-sports player for expressing support for prodemocracy protesters. Despite such high-profile boycotts, however, the reality is that several internationally popular Chinese and foreign-made games—including Tencent’s lucrative PUBG Mobile game—have implemented similar restrictions for some time, marking a quiet victory for the globalization of mundane CCP censorship. Efforts to reverse this trend face an uphill battle given the scale of downloads in China—home to the world’s largest population of mobile web users—and apathy among many international gamers.

Other attempts by Chinese officials or companies to gain access to data or impose their preferred narrative on foreigners have met with refusals or galvanized counter-campaigns.

In France, Chinese officials attempted to pressure a museum in Nantes to rewrite portions of an upcoming exhibit on the medieval Mongol ruler Genghis Khan. Among other requests, they called for the removal of key terms like “Genghis Khan,” “empire,” and “Mongol.” The head of the museum refused and announced instead that the opening of the exhibit would be suspended “in the name of the human, scientific, and ethical values we defend,” tentatively postponing it to October 2024. The show was initially arranged in cooperation with a museum in China’s Inner Mongolia region. But according to the French museum director, the central authorities in China tried to intervene and revise the exhibit synopsis in a manner that would “erase” Mongol history in keeping with a new, more aggressively assimilationist CCP policy that has prompted widespread protests and a subsequent crackdown in Inner Mongolia since August.

In India, the Chinese embassy sent a letter on October 7 to approximately 250 local journalists, demanding that they “not violate the One-China principle” when reporting on Taiwan’s upcoming October 10 National Day and avoid referring to Taiwan as a country or to its democratically elected leader, Tsai Ing-wen, as a president. The letter included an implicit threat that noncompliant outlets could lose access to the Chinese embassy. However, after an Indian journalist with over 280,000 followers posted the letter to Twitter, it circulated widely, provoked a tart reply from Taiwan’s minister of foreign affairs, and drew a declaration from India’s foreign ministry that “there is a free media in India, that reports on issues that they see fit.” The Chinese embassy’s pressure also prompted Indian netizens to piggyback on the #TaiwanNationalDay hashtag, while Indian journalists with large followings shared a thank-you post from Tsai, helping the holiday go viral in India.

Such solidarity among prodemocracy forces and critics of Beijing has also extended to Hong Kong and Thailand. In what has been dubbed the Milk Tea Alliance, a loose network of activists from the two locations have offered mutual support for their respective political struggles on social media. The network gained strength in early 2020 as a way to push back against nationalistic Chinese users and bots swarming major platforms and trying to drown out prodemocracy voices. One Thai student leader told the Atlantic, “Everyone [in the alliance] is the victim of China and its authoritarianism.” In late October, the associated hashtag #MilkTeaAlliance got a viral boost amid a new round of prodemocracy protests in Thailand, with Hong Kong activists expressing solidarity in posts that were shared and liked thousands of times.

In the realm of data access, what began as a US-driven campaign to encourage other countries, particularly in Europe, to exclude Chinese technology giant Huawei from their new fifth-generation (5G) mobile phone networks has taken on a life of its own. A growing list of countries have raised national security concerns and refused to grant the Chinese firm greater influence at a time when Beijing is aggressively attempting to impose its content standards abroad. Romania became the latest European state to announce a ban on Huawei on November 1, following Sweden’s declaration last month that it would be banning Huawei and another Chinese company, ZTE, from its 5G infrastructure. Other countries, including Poland, Estonia, and Bulgaria, have agreed to work with the United States on 5G cybersecurity or otherwise collaborate on high-speed wireless network technology.

It is clear that Beijing has made a strategic decision to adopt a more aggressive posture towards foreign news outlets and global social media platforms, seeking to manipulate conversations even on topics not directly related to China. What remains to be seen is how they adapt, and whether they become adept at more subtle—and thus more effective—manipulation.

Such adaptation could help Beijing overcome a key stumbling block: its evident lack of understanding of global internet culture, democratic norms, and civil society engagement. Tactics deployed at home—like amplifying nationalistic netizens at the expense of prodemocracy voices—may be less effective in certain foreign contexts and even trigger a backlash.

Looking ahead, it remains important to watch for any meaningful inroads the CCP and its proxies might make in influencing foreign news environments, how tactics are adjusted and improved, what obstacles they encounter, and whether these vary depending on the strength of democratic institutions in the target country. The most important developments may not always be the most visible.

Sarah Cook is research director for China, Hong Kong, and Taiwan at Freedom House and leads the editorial team for the China Media Bulletin. This article was also published in the Diplomat on Nov 9, 2020.

#Beijing2022: Winter Olympics a display of propaganda and censorship

Information Controls at the Beijing Olympics: What to Watch For