Unlike authoritarian-minded counterparts in the region, Romanian leaders are perverting justice mainly to save their own skins. 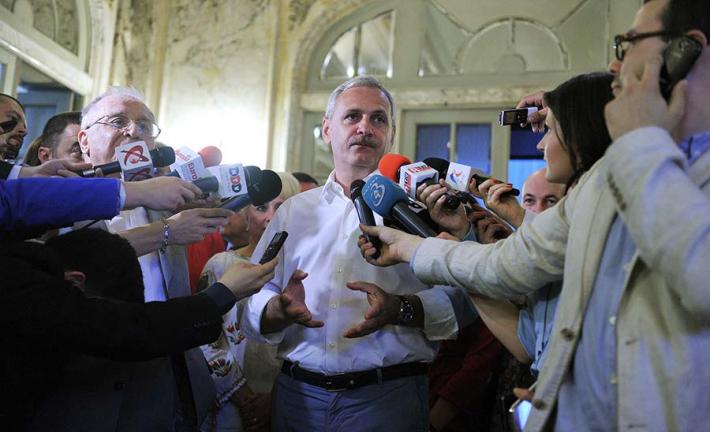 The consequences are the same.

Romania does not generally make the international news, and when it does, it’s for all the wrong reasons. Last week we learnt about a letter written by Rudy Giuliani, in which the former New York City mayor and current attorney to US President Donald Trump admonished the fight against corruption in the country, urging the Romanian government to give amnesty to those convicted “through the excesses” of the country’s anti-corruption unit, the DNA. Giuliani was forced to later admit that he was paid to write the letter by the Freeh Group, a consulting firm founded by former FBI director Louis Freeh which counts among its clients several Romanian businessmen convicted of, or on trial for, corruption.

Giuliani’s letter is just the latest in a string of worrying developments apparently designed to derail the anti-corruption process and undermine the rule of law in Romania. Most of these developments have been spearheaded by the leader of the ruling Social Democratic Party (PSD), Liviu Dragnea (pictured above), who was himself convicted for electoral fraud in 2015 and is currently awaiting the outcome of an appeal of a separate conviction for abuse of office, in which he was sentenced to three-and-a-half-years prison.

The PSD’s intentions have been clear ever since the party took office in 2017—it wants to keep its politicians out of jail, at any cost. This initially cynical and pragmatic political goal, however, has recently morphed into a clear attack on the country’s democratic institutions and the rule of law.

Already a month into its tenure, in February 2017, the PSD issued an emergency ordinance decriminalising certain corruption-related crimes. Although the decree was scrapped following widespread protests a few days later, its original intent reappeared last December, when the party’s MPs upped the ante and submitted a proposal to parliament to decriminalise abuse of office in cases involving theft of less than 230,000 US dollars.

In the same vein, the PSD has been relentless in trying to kneecap the institutions responsible for prosecuting corruption. This summer the parliament passed a package of government-initiated legislationthat will make it much more difficult to prosecute cases of corruption and abuse of office. The changes will, for example, limit the length of criminal investigations to one year and require prosecutors to prove that the defendant or their family personally benefited from the crime. The laws also created a separate structure responsible for investigating criminal offenses inside the judiciary, targeting the judicial branch as if it were a potential hotbed of crime.

But the conflict between the government and anticorruption institutions came to a head this July, when the minister of justice successfully dismissed Laura Codruța Kovesi, the head of the DNA. Kovesi has been praised inside and outside Romania as the face of the fight against corruption, indicting almost 70 high-level officials over the past five years, including 14 ministers and 39 deputies. The cases involved such gems as two former finance ministers, who, respectively, hid a trove of paintings including a Renoir in a safe, and brought three kilograms of gold bars to pay bail.

The anti-corruption fight, however, has not been without overreach on the side of the prosecution either. In 2016, Romania’s Constitutional Court ruled the involvement of intelligence agencies in DNA investigations unconstitutional, and this spring, the public learnt about the existence of cooperation protocols between the DNA and other judicial institutions and the secret services. In a country that had one of the largest secret police forces during communism with as many as half a million informants at one point, such agreements understandably create a feeling of unease and mistrust towards the institutions.

Yet the procedural problems and potential violations do not justify the government’s so-called judicial reforms, which seem to take advantage of existing concerns and push through deleterious legislation under the guise of “fixing” the system.

Romanians have not been persuaded by the PSD’s steps either. Since the government came to power, people have been taking to the streets month after month, protesting in their hundreds of thousands the governing party’s attempts to dismantle anti-corruption institutions. In a mass demonstration on August 10, protesters were met with disproportionate police violence, which left hundreds injured. The nervous reaction, if undue and excessive, was not surprising, given the fact that a PSD government fell in November 2015 following massive protests linked to corruption.

The PSD has also deployed conspiracy theory-laden rhetoric to discredit the protests and any opposition to its “reforms.” Evoking allegations on the other side of the Atlantic, claims about the existence of a “deep state” or “parallel structures” behind the events have gained increasing traction among Romanian politicians. This has not been the first time that such accusations have been used either; last year media stations linked to the government were spreading false information about paid protesters. But the vilification of civil society and US billionaire George Soros reached a new level at the end of August, when Mr Dragnea called the summer protest a “failed coup d’etat” and suggested Mr Soros was behind an alleged assassination attempt against him last year (a claim he later retreated from).

These worrying developments illustrate how far the ruling party is willing to go to keep its leadership out of jail. These efforts—unlike Hungary or Poland—are not motivated by ideology but chiefly by personal and political interest. However, the outcome could be no different from those countries—lasting damage to the rule of law and democratic institutions. Therefore, despite Giuliani’s attempts to undermine long-standing US policy in Romania, the US government should continue to speak up in support of the anti-corruption fight in the country. The European Union should also make its voice heard more clearly, all the more so since Romania will take over its rotating presidency at the end of the year, for the first time since it joined the union.

And as for Giuliani, the attorney warned in his letter that “no rational investor would invest assets in a place where the rule of law and the legal system are subject to manipulation by those in power.” That is a warning which, as opposed to the rest of his letter, should be heeded by all actors involved.