Digital repression tactics may be bolstered by blunt interventions and offline brutality. 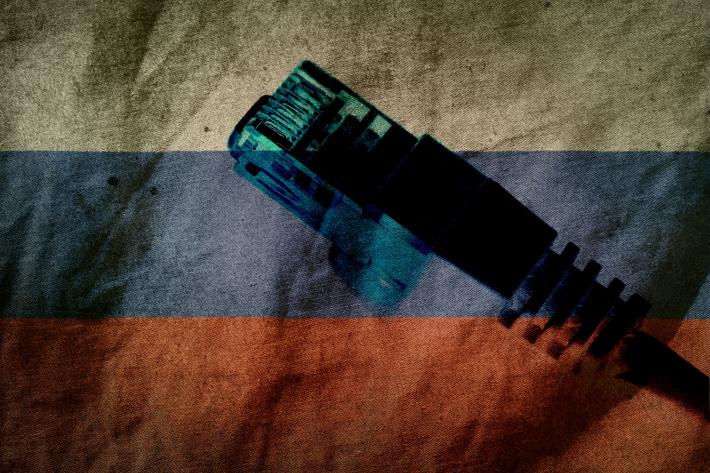 Russian internet and mobile service providers began blocking an application developed by opposition leader Aleksey Navalny late last month, just days after authorities ordered Google and Apple to remove the app from their online stores. Targeting Navalny’s app, which includes a “Smart Vote” feature designed to help Russians defeat candidates from the ruling United Russia party, is one of many ways in which the Kremlin is using digital repression to create a favorable environment ahead of this month’s parliamentary elections.

The flurry of state actions to suppress online opposition prior to the elections is inseparable from the Kremlin’s broader bid to control the internet in Russia. The upcoming vote could provide clarity on whether the regime has made sufficient progress toward that goal, or will fall back on a more blunt and brutal strategy to crush dissent.

The 2020 constitutional amendments that opened the door for President Vladimir Putin to stay in office through 2036 also touched off the regime’s latest shift toward a more overtly coercive relationship with Russian society offline. In the last year and a half, civil society organizations and independent media have been pushed to the brink of extinction; the authorities attempted to poison the country’s most prominent opposition leader and outlawed his entire political network; and peaceful protests against the regime’s rampant corruption were met with mass arrests and physical violence.

While these tactics are not new—political opponents have long been the target of suppression and even violence in Putin’s Russia—they have recently escalated in highly visible ways. The regime is effectively dispensing with its former veneer of pluralism, a deceptive system sometimes referred to as “managed democracy.”

Amid the tightening repression offline, the Kremlin is still playing catch-up in its management of dissent in the digital realm. Authorities readily arrest and attack online journalists and commentators, but have yet to successfully tamp down criticism and free expression online. Websites are blocked, but social media platforms largely remain accessible. Compared with tightly controlled authoritarian countries such as China and Iran, the internet in Russia has historically been a fairly open staging ground for opposition to the regime and a place where anti-Putin mobilization can gain traction.

In recent years, however, the Kremlin has evidently recognized that even a partially constrained internet still poses a risk to continued authoritarian rule, even going so far as to identify the internet as a national security threat. Authorities have repeatedly butted heads with tech companies, though often with mixed results. In 2018, the government attempted to block the messaging app Telegram, only to step back and eventually give up entirely in the face of resistance and technical shortcomings. Roskomnadzor, the communications regulator, has imposed a series of ineffective, though increasing, fines on social media companies for noncompliance with Russia’s data localization requirements; only LinkedIn was blocked for failing to comply with the law in 2016.

The Russian government is now accelerating its efforts to create a “sovereign” Russian internet, or independent Runet, over which it has full control. The Sovereign Runet Law, signed in 2019, makes this goal explicit and gives the government new power over key internet infrastructure. Meanwhile, a web of complex and evolving regulations puts technology platforms in the crosshairs.

For example, equipment installed by telecommunications companies in accordance with the Sovereign Runet Law enabled authorities to restrict access to Navalny’s app last month, and to throttle Twitter, albeit clumsily, in March, marking the first major platform disruption since the aborted blocking of Telegram. Also this year, Roskomnadzor sued and later fined Twitter, Google, Facebook, TikTok, and Telegram for failing to delete illegal protest-related content. And Russian authorities enacted a series of laws that required social media platforms to coordinate their content moderation with Roskomnadzor, empowered the Central Election Commission and regional electoral bodies to request website blocks for “illegal campaigning” without judicial oversight, obliged technology firms to open in-country offices, and allowed extrajudicial blocking of certain allegedly inaccurate information. Yet, after this onslaught of efforts to bring technology companies and the online space to heel, it is the regime that is now threatening to accuse the companies of interfering with the upcoming election.

The elections and beyond

The Putin regime’s crude blocking and throttling attempts to date are a reminder that it does not yet have the technical capability to mimic a sophisticated censorship system like China’s “Great Firewall.” Nevertheless, tech companies’ compliance with content-related demands from the Kremlin—whether it is Twitter reportedly complying with takedown requests or YouTube deleting Navalny-related videos—gives the Russian government considerable censorship authority in practice.

Moreover, its relative lack of technical sophistication means the regime is more likely to resort to blunt and disproportionate measures, like blanket social media blocks and widespread arrests of users, to stem and punish unwanted online content, should current tactics prove insufficient.

The blocking of Navalny’s app by Russian internet and mobile providers might offer a preview of what is to come during and after the election. Out of the full spectrum of Russia’s cyber sovereignty strategy, it relied on the most obvious, heavy-handed option. The block hints at a future in which the authorities do not rely on their sophisticated regulatory system or wait for international companies’ compliance, but instead muscle ahead with their own dictatorial interventions, in this case by way of a relentless regulator and pliant domestic companies. The apparent test block of Google and Cloudflare services last week points to this future quickly becoming reality.

As we have seen in Russia’s other institutions and elsewhere in the world, the deepening digital repression will likely be defined by its arbitrary and selective application against not only high-profile opponents of the regime, but also ordinary citizens who express discontent with their leaders’ performance. Russians know that what they do and say in the digital realm can have consequences in the streets, in newsrooms, and at polling places. Signing up online to support Navalny’s movement may lead to a visit to your home by the police. Sharing a meme that contains the time and date of a planned protest might get you thrown in jail.

The coming elections could be a turning point in the Kremlin’s increasingly intolerant approach to society. They will essentially demonstrate whether the regime’s cyber sovereignty strategy is sufficient to control online content through autocratic legalism and obviate the need for more ham-fisted and blatantly coercive actions. If it is not, we may soon witness brazenly repressive tactics including mass arrests of independent candidates and their supporters for campaigning online, calibrated or blanket shutdowns of internet service, restricted access to major social media platforms, and a spike in prosecutions and violence against internet users. In a country where the leadership is quickly moving toward a more unabashedly repressive model of authoritarian rule, none of these abusive methods appear out of the realm of possibility.

Civil society to U.S. government: Do not disrupt internet access in Russia or Belarus