After years of orderly government and economic growth, a constitutional crisis has thrown the country’s democratic credentials into doubt. 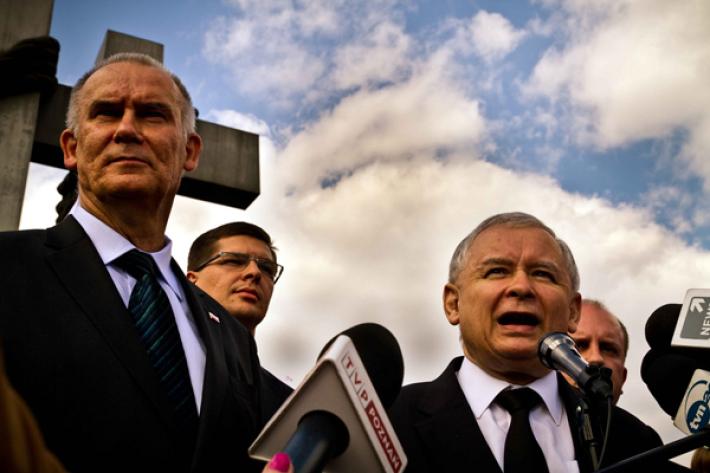 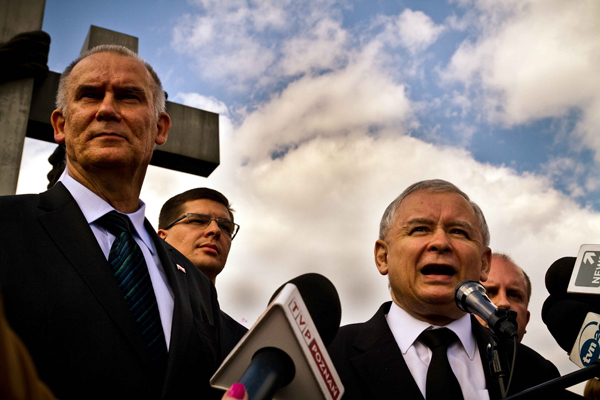 After years of orderly government and economic growth, a constitutional crisis has thrown the country’s democratic credentials into doubt.

Poland’s newly appointed government, led by the conservative Law and Justice (PiS) party, needed less than a month to elicit international condemnation. A number of politicians and media outlets have described its first steps as a “coup d’etat” and an “authoritarian” turn for Poland, calling on the European Union and international actors to intervene. But how worried should we be about these developments?

Soon after PiS won an absolute majority in parliamentary elections at the end of October—a first for any party since 1989—its divisive leader, Jarosław Kaczyński, replaced incoming prime minister Beata Szydło’s calm campaign demeanor with a more pugnacious approach. Many expected the party to prioritize the less controversial bread-and-butter topics that had characterized its campaign after the election of its presidential candidate, Andrzej Duda, in May. However, within a month of the October voting, PiS made several controversial appointments, walked back on diplomatic commitments made by the previous government, and threatened to rein in not just independent news media but also unruly theater directors.

However, the biggest controversy broke out over appointments to the constitutional court. Shortly before the elections, the outgoing government, headed by the center-right party Civic Platform (PO), passed amendments that let it replace five justices whose terms were set to expire within the next two months. The appointments infuriated PiS and led President Duda to delay the judges’ installation, giving the new parliament time to reverse them. Duda then swore in four out of five rival nominees submitted by PiS on the evening of December 2, just before the constitutional court was due to rule on the dispute. This, according to PiS, served to “right the wrongs” committed by the PO during its two terms in power. The government also postponed the official gazette’s publication of the court’s December 3 judgment, which struck down only two out of the five PO appointments as excessively early, along with parts of the law that allowed PiS to replace them.

Last week, PiS and the anti-establishment party Kukiz’15 introduced legislation that, if passed, would dismiss all current judges, require a two-thirds parliamentary majority for the appointment of new judges, and oblige the court itself to muster a two-thirds majority for decisions. The steps threaten to paralyze the court and make future constitutional adjudication close to impossible.

The PiS’s recent moves may be familiar to seasoned Poland watchers. The party had a brief stint in power from 2005 to 2007, during which it antagonized European allies as well as Polish voters. Ruling in cooperation with the radical Self-Defense Party and the right-wing League of Polish Families, the first PiS government zealously pursued perceived communist-era collaborators and potential opponents, cracked down on criticism and foreign investment in the media, and brought disturbingly nationalist rhetoric back into the public discourse. During that time, the constitutional court was essential in thwarting key elements of PiS’s program. The party therefore understood that it needed to neutralize the court to achieve its goals this time around.

While it is important to note that the PO government also violated the law this year by bringing forward the judicial appointments to guarantee its continued domination of the constitutional court, the statements and actions of the current government signal an outright hostility to the idea of separation of powers. This majoritarian view of politics is clearly represented in Kaczyński’s statements on the constitutional crisis: “We won the election but have no right to create laws, to remodel Poland.… This is about whether democracy is able to make decisions instead of a handful of people bought by foreigners and internal forces that don’t serve Polish interests.” Parliament member Kornel Morawiecki of Kukiz’15 expressed this sentiment even more directly: “Law is important.… But law is not sacred. The good of the nation is above it. If law infringes on that good, we should not be prevented from breaking it. Law should serve us. If it does not serve the nation, it is lawlessness.”

Not surprisingly, this flexible approach to the rule of law and PiS’s conservative agenda has resulted in numerous comparisons to Hungary under Prime Minister Viktor Orbán, and many have described the creeping “Orbánization” of Poland. While Kaczyński and his party welcome most of these comparisons—they made it clear back in 2011 that they wanted “Budapest in Warsaw”—there are some differences between the two cases. First, Poland already went through a similar period 10 years ago, and that period was short-lived. Second, although the current government is trying to break down democratic checks and balances at lightning speed, PiS does not have a supermajority in the parliament, meaning it may eventually be forced to make compromises. In fact, the past two weeks’ antigovernment protests have already heralded a negative effect on PiS’s popularity, which took a nosedive in the latest polls.

That does not mean we can sit back and wait for threats to Poland’s democracy to fizzle out. While many analysts were flummoxed by the scale of PiS’s victory after years of steady economic performance and growing European recognition with PO at the helm, they seem to have forgotten that the eastern part of the country is still significantly poorer than the rest, and that much of the recent economic success has not translated into tangible improvements for low- and middle-income families. They also overlook the fact that electoral support for PiS has hovered steadily around 30 percent since 2005, meaning there is a stable base of voters who are unhappy with the status quo and receptive to PiS messages. What many of these voters want is both universal—much of the democratic world has been struggling with a populist upsurge—and clearly specific to the region. They entertain old-fashioned ideals of nationalism, but at the same time want the state to play a much bigger role due to a deceptive memory of economic security under communism.

This large minority can obviously swell to an electoral majority in times of real or perceived crisis (the refugee influx played a key part in this instance), and it will not disappear in the foreseeable future. Moreover, some of its complaints about the status quo should be taken seriously. Corruption and nepotism are still widespread in the region, just as they were when PO took office nearly a decade ago; and while regional trailblazer Viktor Orbán is pushing forward a new vision that strips democracy of its liberal character, Europe’s mainstream parties and the EU itself seem paralyzed, unable to provide an attractive alternative.

So the answer is yes, we should follow what is happening in Poland very closely, and raise the alarm over attacks on judicial independence and other pillars of democracy. These developments are not just troubling in themselves. They also highlight long-standing problems, against the backdrop of worrisome regional trends, that are now too consequential to ignore.