The amendments will further empower the autocratic president and military, at the expense of ordinary Egyptians. 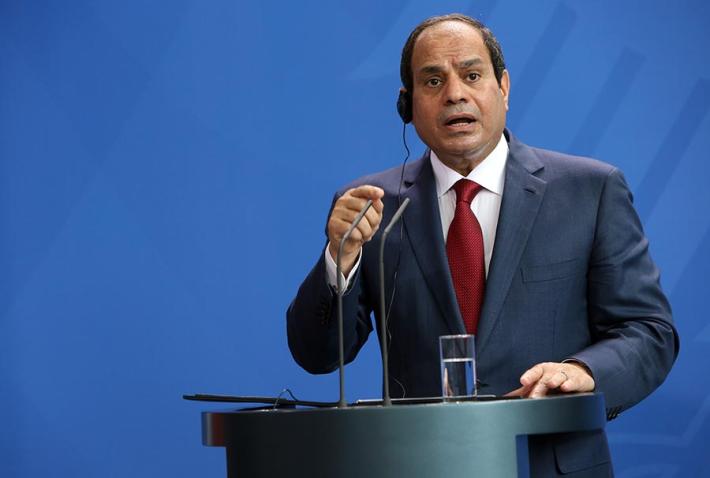 The Egyptian parliament is currently considering a package of constitutional amendments that would entrench military dominance of political affairs, expand the jurisdiction of military courts over civilians, increase executive control over the judiciary, lengthen presidential terms from four to six years, and allow President Abdel Fattah al-Sisi to run for two additional terms. That would enable him to hold office until 2034.

In the exchange below, Freedom House’s Arch Puddington discusses the implications of the proposed amendments with Michele Dunne, senior fellow and Middle East program director at the Carnegie Endowment for International Peace. Among other previous roles, Dunne served as a Middle East specialist at the US State Department from 1986 to 2003.

AP: Would these constitutional amendments make things much different from what prevailed under former presidents Gamal Abdel Nasser and Hosni Mubarak, who ruled for as long as they had the confidence of the military and an inner core of elites?

MD: President Sisi is in some ways trying to turn the clock back, restoring the six-year presidential term and exempting himself from term limits—which, by the way, he specifically promised not to do. But there are other ways in which these amendments give Sisi even more power than his predecessors, for example direct control over judicial appointments and budgets. Sisi is far more brutal than Mubarak and in some ways more than Nasser too. Human rights violations that used to be rare in Egypt—enforced disappearances, extrajudicial killings, death in prison due to torture or medical neglect—have become commonplace under Sisi.

One of the main grievances behind the 2011 uprising against Mubarak was the mistreatment of ordinary Egyptians by the police. Is it fair to say that under Sisi police impunity has worsened?

One of the rallying cries of 2011 was “dignity,” which was in part a call for decent treatment of citizens by police. In the political chaos of 2011–13, police largely stopped doing their jobs, which frightened Egyptians. Sisi brought police back to their jobs after the 2013 military coup, but he also gave them license to practice brutality again and greatly expanded the role of the military and intelligence agencies in surveilling and intimidating citizens.

Under Mubarak, there was a tradition of judicial independence, or at least quasi-independence. To what extent has this tradition survived under Sisi?

The politicization of Egypt’s once-proud judiciary has been one of the saddest stories of the post-2011 period. There were always some judges under the control of the security agencies, and there were always some military trials of civilians. But all of this has increased dramatically under Sisi, with mass trials of hundreds of defendants and death sentences against dozens at once now happening regularly. The constitutional amendments that are currently in the process of being passed will be the icing on the cake, completing Sisi’s control over the appointments and budgets of senior judges.

Cairo once enjoyed a reputation as a regional center of intellectual independence, reflected by its prestigious universities and its well-known writers and cultural figures. Is this tradition of intellectual freedom under duress today?

Yes, intellectual, academic, and artistic freedom are strongly challenged now, along with freedom of the media and civil society. Not only is it dangerous for any intellectual or artist to express him/herself on political matters, but Sisi’s regime also enforces highly conservative norms against unorthodox religious or social ideas, such as atheism or LGBT rights.

Sisi, like Russia’s Vladimir Putin and some other strongmen, has exploited a sense of popular exhaustion with political change and economic uncertainty after the fall of a previous regime so as to justify the restoration of autocracy. At what point will Egyptians look beyond “stability” to demand more prosperity and more freedom?

Egyptians are definitely exhausted after riding a political rollercoaster in 2011–13, and then enduring political repression and economic austerity measures from 2013 to 2019. Right now the cost of expressing any dissent is extremely high; people are arrested for posting videos on Facebook or showing hand-lettered signs expressing criticism, let alone holding a demonstration. But constitutional amendments that would keep Sisi in power for decades, as economic austerity grinds on without bringing improvements in living standards, are angering many Egyptians. The situation probably will explode at some point, as Sisi has closed all avenues for peaceful dissent or changes in leadership.

An important demand of the Arab Spring was improvement in the status of women. Have calls for women’s rights been set aside under Sisi or does this particular reform issue still have some traction?

Egyptian women have continued to demand improved rights, and Sisi makes a show of being their champion. But there are not many improvements to speak of after five years of Sisi’s presidency, and meanwhile he has gone after women’s rights activists quite harshly—closing down organizations, bringing legal cases against activists, freezing or confiscating their financial assets. It seems he is using the issue on a superficial level to get the support of the West as well as Egyptian elites. For example, the proposed constitutional amendments include a quota for women in the parliament, though this also existed in the late Mubarak era.

How do Egyptians view American policy toward the Middle East under President Donald Trump?

Egyptians see President Trump as giving unconditional support to Sisi. Those who watch more closely might notice that the US Congress is less enthusiastic about Sisi and persistently raises concerns about human rights abuses. I don’t think Trump will get much of value from his approach to Sisi, which I fear will actually diminish US influence in Egypt and the region. The United States has made the same mistake repeatedly, giving unconditional support to whoever is in power rather than keeping constant in its principles.