This 12th edition of Keeping Democracy Healthy in a Pandemic features new pieces on freedom of expression in Turkey, Belarus’s presidential election, and authoritarian influence beyond borders.

Welcome back to Freedom House’s newsletter on the novel coronavirus and the crisis, Keeping Democracy Healthy in a Pandemic. The second wave is here in the United States—or maybe the first one never ended. Wear a mask, everyone.

We start this issue off with two more pieces from our Europe and Eurasia team. In Balkan Insight, Freedom House’s senior program officer Gina Lentine and journalist Didem Tali explore how the pandemic is affecting freedom of expression in Turkey. As in other places, the pandemic has exacerbated the “preexisting condition” of censorship and retribution for speech in the country. Their op-ed is in part based on a survey Freedom House conducted in Turkey prior to the pandemic on attitudes toward freedom of expression: you can find the PDF here. 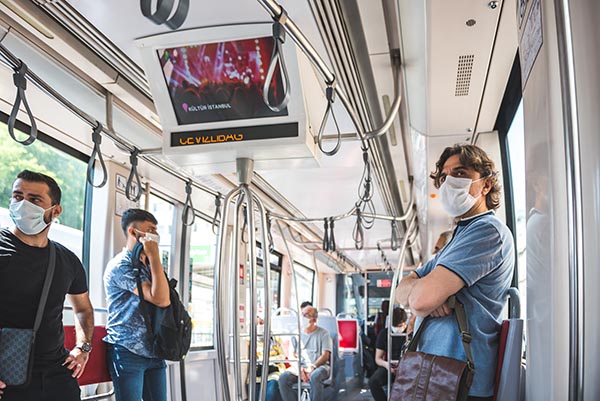 In the second piece, Senior Program Manager Sofya Orlosky and Vytis Jurkonis, project director for Freedom House’s Vilnius office, examine the upcoming presidential election in Belarus, where a fed-up populace is defying strongman Alyaksandr Lukashenka. Despite a relentless crackdown in which three opposition candidates were banned from running in the election and some 900 others were jailed, Belarusian people are rising up to demand change. The election was always going to be a test for Lukashenka, but civil society has stepped into the gap created by the pandemic, proving that even when the state fails, Belarusian society will support itself. Now more than ever, it is a time for international solidarity with the people of Belarus as they demand the right to choose their own leaders.

Lastly, if you haven’t already, check out the July issue of our China Media Bulletin, written by Freedom House’s senior research analyst for China, Taiwan, and Hong Kong, Sarah Cook. In this month’s CMB, Sarah highlights the extent of China’s extraterritorial reach, especially through the new National Security Law promulgated to cover Hong Kong. China’s willingness to move quickly against Hong Kong has raised again the issue of whether the pandemic is providing a pretext under which leaders can attack democracies and democratic movements.

By the way, if you’re interested in the problem of authoritarian states extending their influence around the world, including over their own diasporas and exiles, we have a new essay collection on “transnational repression.” The range of tactics is broad, and the consequences for affected communities are severe.

Now for more stories we are watching around the world on how the pandemic is affecting democracy and human rights:

That’s all for this week. Stay safe, and stay free.

For Freedom House’s continuing analysis of the COVID-19 crisis, with stories from around the world about how states are responding, please subscribe to Keeping Democracy Healthy in a Pandemic here.