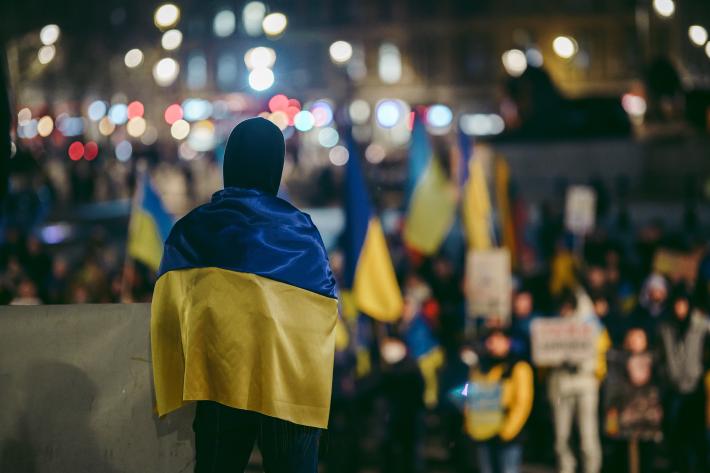 As the Kremlin's war against Ukraine rages on, resounding international solidarity that emerged in response to Ukrainians’ heroic resolve has begun to mix with war fatigue, and a growing impatience for answers about how and when the fighting will conclude. While we can’t predict the details of the war’s conclusion, when it does end Ukraine’s under resourced institutions will shoulder the burden of rebuilding at a time when checks against antidemocratic abuses are weak. Therefore, now is the time for Ukraine’s allies to start planning for how to support the country’s democratic actors.

With entire cities reduced to rubble and a devastating casualty count—the true tally of which will probably never be known—Ukraine has been fundamentally reshaped as a result of Russia’s brutal invasion. As Ukrainians grapple with this new reality and turns their focus to rebuilding, the country will need robust democratic institutions to address the myriad postwar reconstruction problems awaiting its people and government.

The coming trials for Ukrainian democracy

Post-war Ukraine will face numerous challenges. Among them is whether the country’s anticorruption bodies are equipped to supervise the disbursal of an expected influx of humanitarian aid—as cash flows in, opportunities for corruption become ripe. And in addition to ensuring that foreign-donated funds are spent properly and that corruption is punished according to the rule of law, the performance of anticorruption bodies will also be under intense international scrutiny as the country’s new European Union candidate status is evaluated.

Other institutions will be tasked with addressing the lingering impacts of the war. Ukraine’s judiciary system, which enjoyed little public trust previously, will need to investigate and prosecute crimes committed during the war while also preventing ungrounded prosecutions, including those targeting the country’s ethnic Russians. Ukraine’s electoral commission will need to quickly develop a plan to ensure that the displaced citizenry both inside and outside the country is able to participate in voting for Ukraine’s future leaders. National and local administrations will need to lead the challenging work of rebuilding destroyed cities and comforting a grieving nation.

Moreover, Ukraine will require a robust, independent media to monitor and inform citizens about the progress of reconstruction efforts. But Ukrainian media, especially regional outlets, have been decimated due to revenue losses resulting from the war. While Ukraine’s journalists have exemplified resilience and bravery as they document the war’s atrocities, they will still require extensive support if Ukraine is to regain the diverse and competitive media environment it hosted prior to the invasion.

In the post-war transition period, lawmakers, national and local officials, and other authorities will be seen as responsible for reforming and strengthening democratic institutions that have been deeply impacted by the war. Fortunately, Ukraine’s resilience in the face of aggression is in part due to past efforts to strengthen democracy at the local and regional levels. The national government, for its part, has demonstrated a commitment to Ukraine’s democratic future by applying for and receiving European Union candidate status amid the ongoing invasion.

But as the recent Lugano Declaration for Ukraine’s postwar recovery rightly noted, the responsibility for Ukraine’s reconstruction does not lie solely in the hands of government authorities. Rather, there must be a whole-of-society approach that incorporates and reflects the critical role of civil society.

Ukraine’s robust and vibrant civil society will play a key role in conducting oversight of government institutions and serving as a voice of public accountability on the progress and implementation of reforms. The role of journalists and civil society activists, especially those who work on corruption, will be key. Civil society also has a critical role as a partner to the government due to various groups’ specialized expertise, including deep understanding of local issues; their access to local and international networks; and their ability to help expand the capacity of overwhelmed government agencies.

Ukrainian civil society, for example, produces evidence-based research and analyses that educate the public and provide important information to lawmakers and authorities. Recent examples include analyses on the roles and rights of journalists during wartime, and the impact of martial law on media laws and freedom of expression. Other Ukrainian organizations focus on outreach and advocacy, including for marginalized groups such as the LGBT+ and Romany communities, and to ensure that the general public are aware of their rights and have access to information and resources.

For over a decade, Freedom House has supported Ukrainian civil society’s work on these and other issues related to human rights and democracy. We have seen the impact of their efforts. Ukraine’s civil society has consistently been the country’s most democratic institution, according to years of analysis in Freedom House’s Nations in Transit report, often standing in and providing much-needed support to the country when the state has faltered. Even now, despite their own personal displacement and threats to their safety, our Ukrainian civil society partners are carrying out round-the-clock monitoring and documentation of war crimes and human rights violations, and providing trainings and legal assistance to journalists, victims of war crimes, and the National Police, among others.

That all of this is possible while activists are facing threats to their lives due to Moscow’s assault is a testament to the flexibility, determination, and scale of Ukrainian civil society. But there’s a difficult road ahead in healing and rebuilding the country, and in continuing democratic reforms. This work is time-consuming and often messy, and requires extensive consultation and coordination. But given the price Ukraine has paid to keep its nascent democracy—and is still paying—its people will not relent in their mission to live and thrive in a free, democratic nation.