As politicians around the world chip away at democratic institutions, South Africa’s recent elections show that ordinary voters can still help put their countries back on course. 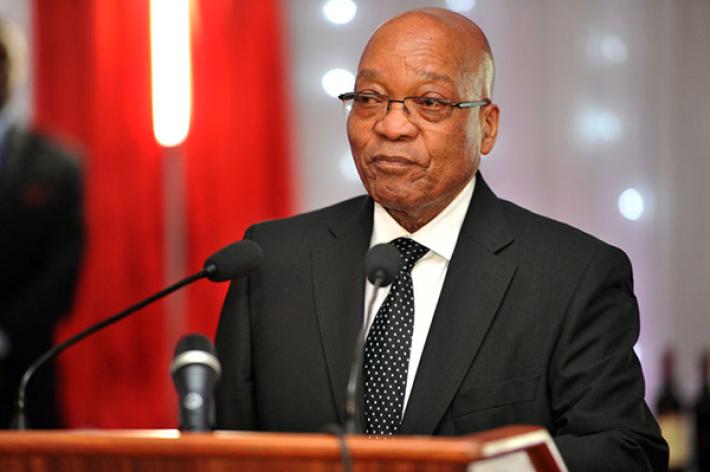 As politicians around the world chip away at democratic institutions, South Africa’s recent elections show that ordinary voters can still help put their countries back on course.

A small revolution has just occurred in South Africa. The African National Congress (ANC), the ruling party that has dominated the post-apartheid era, received a stern rebuke from voters in local elections throughout the country. Although the ANC still enjoys the support of a majority of South Africans, it lost control of some major cities and suffered near-defeats in several others.

The South African elections deserve some scrutiny at a time when democracy seems to be in retreat around the globe. They took place as human rights lawyers and political dissidents in China were convicted of political offenses in sham proceedings and then, in a grotesque replay of totalitarian show trials, forced to confess their “crimes” on television.

Several days after the South African elections, Turkey’s Recep Tayyip Erdoǧan and Russia’s Vladimir Putin held a friendly meeting, opening the door to a possible new authoritarian partnership. At the same time, xenophobic demagogues on both sides of the Atlantic are ratcheting up their attacks on immigrants, open borders, and solidarity with the victims of Putin and Syrian dictator Bashar al-Assad.

The elections were also significant insofar as they may help arrest a disturbing erosion of free institutions in South Africa itself, a country that was once regarded as the crown jewel of African democracy. The setbacks began during the administration of Thabo Mbeki and accelerated under the current president, Jacob Zuma. Rampant corruption was made all the worse by the ANC’s failure to deal with grinding poverty in urban townships.

Developments in South Africa remind us that elections can still deliver powerful, peaceful course corrections in troubled countries. Even as autocrats flex their muscles in Russia, China, and the Middle East, and illiberal governments gain footholds in Central Europe or cling to power in Latin America, voters in countries as different as Myanmar, Nigeria, Sri Lanka, and Argentina have ousted poorly performing incumbents through the ballot box over the past two years.

In Sri Lanka, voters rejected their increasingly authoritarian and divisive president, Mahinda Rajapaksa, in favor of Maithripala Sirisena. Since taking office, Sirisena has reversed a number of Rajapaksa’s repressive policies and made a start in repairing relations with the Tamil minority, though much remains to be done. In Myanmar, a huge turnout produced an overwhelming victory in parliamentary elections for opposition leader Aung San Suu Kyi and her National League for Democracy, a remarkable turnaround in a country that for years ranked among the world’s most oppressive.

And in Argentina, the Peronist incumbent, Cristina Fernández de Kirchner, had assumed the presidency after the tenure of her husband, the late Néstor Kirchner. The two governed for 12 years, and Cristina clearly harbored ambitions of creating a political dynasty that would rule for years to come. Yet while Kirchnerismo dominated Argentine politics, she was unable to push through a law that would abolish term limits, and her administration drew growing criticism for economic mismanagement, clashes with the media, and other shortcomings. In 2015, Cristina’s designated successor, Daniel Scioli, was narrowly defeated by Mauricio Macri, the candidate of the opposition Cambiemos coalition.

The threat of illiberal democracy

At one level, then, the appeal of democracy remains strong. Putin and his ilk may be regarded as powerful leaders, but few voters actually want to be ruled by a kleptocratic dictatorship. Freedom House ranks 125 countries as electoral democracies, well over half of the world’s total.

Increasingly, however, genuine democracy is under threat from the phenomenon known as illiberal democracy. This is not the full-throated autocracy that prevails in Russia or China, but a system in which the electoral playing field is badly tilted and institutional checks on executive authority have been hollowed out.

The current governments of Hungary and Turkey are prime examples. In both countries, popular leaders won solid majorities in relatively honest elections, after which they used their mandates to tame the courts, “rectify” an alleged media imbalance, and create a class of capitalists who owe their prosperity to cooperation with the state.

Illiberal governments of this kind, once ensconced, can prove difficult to overcome. But over time they are increasingly vulnerable to public frustration with the corruption and cronyism that inevitably develops in the absence of independent oversight. Corruption was a major factor in the ANC’s setbacks, and it played an important role in the other recent electoral turnovers around the world. Opinion polls in Hungary show a widespread belief that the government there is pervasively corrupt as well.

Illiberal governments understand that they are susceptible to defeat at the ballot box. They will thus use every available tactic to ensure victory: gerrymandering, intimidation of the opposition, arranging crony takeovers of major media, threatening businessmen with opposition sympathies. We are living in a period in which democracy is at least as likely to be eroded through sneak attacks by elected politicians as through military coups or foreign invasions