Even a minor attempt to override constitutional checks can threaten the system as a whole. 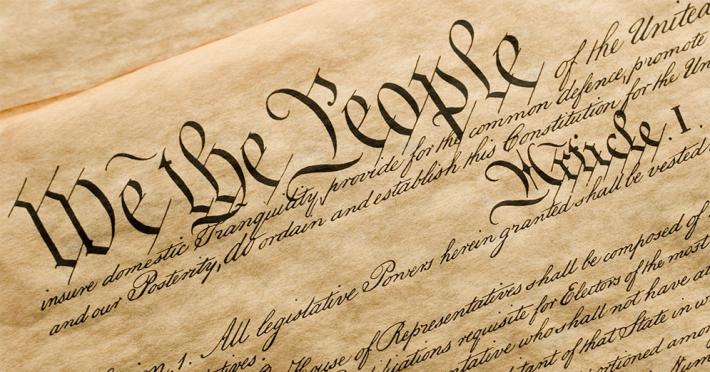 Even a minor attempt to override constitutional checks can threaten the system as a whole.

President Donald Trump’s declaration of a “national emergency” at the southern border may call to mind the many dictators who have used such pronouncements to sweep aside legal safeguards and give their security forces unfettered power to arrest, torture, and even kill perceived enemies of the regime. This has occurred in recent decades in places like Egypt, Ethiopia, Myanmar, and Turkey.

But this is clearly not what is happening in the United States. The powers granted to the president under US emergency laws are far more limited, and Trump’s only purpose in invoking them is to reallocate funds to pay for additional sections of a southern border wall after Congress refused to do so through normal appropriations. The amounts involved are miniscule compared with the overall federal budget.

Trump’s move is alarming for a quite different and more fundamental reason: He is attempting to do something, using executive authority alone, that Congress had fully considered and explicitly refused to approve. The president is now expected to compound the transgression by vetoing a measure adopted by the Senate earlier today that aims to terminate the declared emergency. The resolution had already been passed by the House. While neither chamber mustered sufficient numbers to override a veto, bipartisan majorities have twice made the will of Congress clear.

In a constitutional democracy, when one branch uses the authority reserved to it—in this case Congress’s power of the purse—to check a specific action by another, the latter is obliged to accept the outcome. There may be ways to flatten the obstacle while remaining within some interpretation of the law. Democracy, however, relies not just on the law, but also on norms of self-restraint and prudence in the use of power. If a leader has no respect for such norms, and is able to breach them with impunity, the abuse can become habitual, threatening the survival of the democracy itself.

A cautionary tale from Hungary

In October 2010, a few months after Hungarian prime minister Viktor Orbán’s Fidesz party took power, the Constitutional Court struck down a government-backed law that would have imposed an unusual, retroactive 98 percent tax on public-sector severance payments beyond a certain threshold.

The law was important mainly for political reasons: Fidesz said it was attempting to recover funds siphoned off by cadres of the previous government. Moreover, it was preparing other unorthodox fiscal measures to control its budget deficit, to which the court might pose an obstacle.

Just hours after the court’s decision, the government announced that it would use its two-thirds parliamentary majority to amend the constitution and curtail the Constitutional Court’s jurisdiction over budgetary and tax matters. The amendment was duly adopted, and the contentious tax law was passed again the same day, but with an even longer retroactive reach.

In effect, the government had responded to an institutional check with an assertion of raw political power, permanently altering the constitutional balance. The tactic quickly became routine for Fidesz. It adopted a whole new constitution the following year, and it has since adopted amendments at will, tightening its grip on the country and steadily eliminating independent institutions that could challenge its authority.

Hungary had been rated a Free country for decades, but in the  most recent edition of Freedom in the World, it was downgraded to Partly Free—the first European Union member state to suffer such a fall.

A red flag for American democracy

Compared with Fidesz’s attack on the Constitutional Court in Hungary, Trump’s move to pay for a longer border wall seems almost cautious. He claims to be acting within his existing authority, and he lacks the power to change the laws or the constitution. A veto of today’s resolution from Congress is also within his legal power.

But the move must be considered in the context of the president’s other displays of disregard for American democratic principles, including freedom of the press, judicial and prosecutorial independence, and safeguards against corruption. Even as he announced his emergency declaration, Trump reiterated his disdain for the US Ninth Circuit Court of Appeals and predicted that the Supreme Court—now reinforced with his two highly contentious nominees—would ultimately approve his action.

It is regrettable that neither the House nor the Senate was able to muster a sufficient majority to  deter the president’s end run around democratic norms. It may now be up to the third branch, the judiciary, to restore the constitutional balance. If the courts fail to act, this president and future presidents may continue to widen the breach that has been created, putting US democracy on a genuinely perilous course.