Miloš Zeman is infamous for his offensive statements and diplomatic blunders, and some dismissed his recent anti-Muslim remarks as “wacky.” But Europe cannot afford to laugh off its neighborhood bigots. 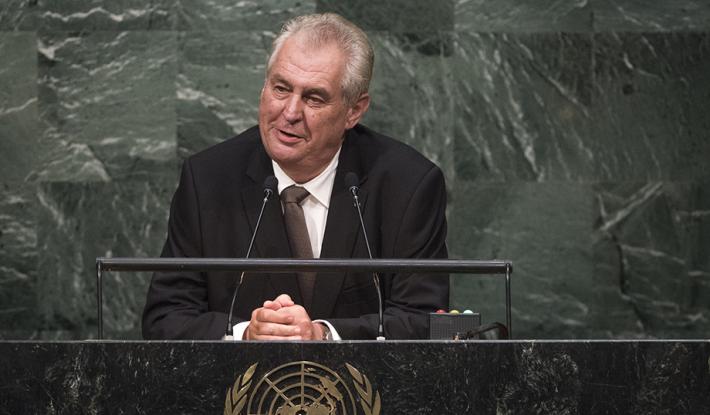 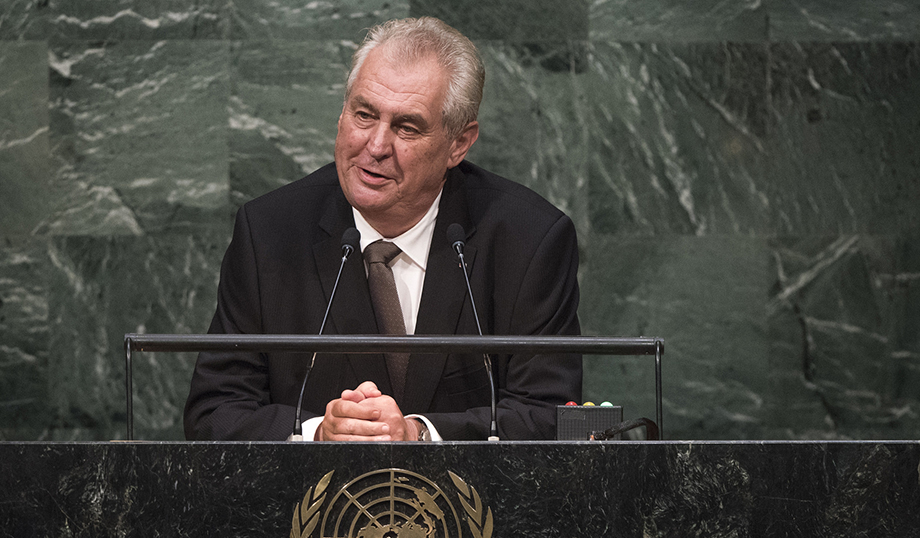 Miloš Zeman is infamous for his offensive statements and diplomatic blunders, and some dismissed his recent anti-Muslim remarks as “wacky.”
But Europe cannot afford to laugh off its neighborhood bigots.

With tens of thousands of migrants, refugees, and asylum seekers arriving every day, it is now common to hear xenophobic speeches from the official fearmongers of the far right in Europe. But the remarks below were made last week by Miloš Zeman, a social democrat and the president of the Czech Republic:

“Islamic refugees will not respect Czech laws and habits, they will apply Sharia law so unfaithful women will be stoned to death and thieves will have their head cut off.… We will be deprived of women’s beauty since they will be shrouded in burkas from head to toe, including the face. Well, I can imagine women for whom it would be an advantage, but there are few of them and I cannot see any such here.”

Zeman, no stranger to controversial statements, has been an embarrassment to many Czechs since his election in 2013:

Czechs have expressed dissatisfaction with their president on several occasions. In November 2014, the country’s media watchdog was flooded with complaints from people who listened to an expletive-filled Sunday night radio interview with Zeman. Later that month, thousands waved red cards on the 25th anniversary of the Velvet Revolution to show their disapproval of Zeman’s perceived support for the Russian government, among other complaints. And in one of the more comical moments of this year, a Czech art group replaced the flag on the presidential palace with a pair of red underpants.

On the international level, however, there is a tendency to dismiss Zeman’s statements as offensive but essentially insignificant—after all, the Czech Republic is a parliamentary democracy that gave the world distinguished human rights visionaries like the late Václav Havel, and the presidency holds little executive power. Many assume that Zeman’s antics will be no more consequential than those of his right-leaning predecessor, Václav Klaus, who was also prone to insensitive outbursts.

We cannot be so sure.

Europe faces greater challenges today than it did just a few years or even months ago. With European democracy increasingly under pressure from populists and extremists at home and authoritarian states like Russia abroad, it is critically important to uphold the highest standards of political conduct. Zeman’s colleagues in the region should make clear that it is unacceptable for senior European officials to utter discriminatory statements, instigate hatred, or simply show contempt for fundamental democratic values.