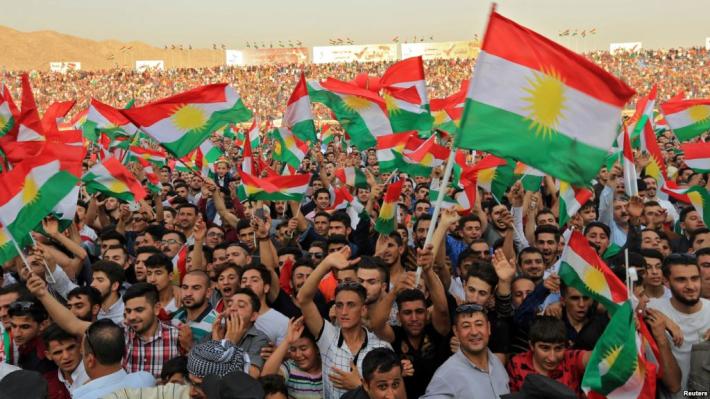 By Tyler Roylance, Staff Editor
Zselyke Csaky, Senior Researcher, Nations in Transit
Jennifer Dunham, Director of Research, Freedom in the World and Freedom of the Press

The authorities in Iraqi Kurdistan are moving ahead with plans to hold an independence referendum on September 25. The Iraqi parliament has called the move unconstitutional, the Supreme Court has ordered its suspension, and the Kurds’ international partners have raised urgent concerns about security and stability. Often lost in the debate is the question of whether an independence vote would actually deliver greater freedom for residents of the Kurdish region.

Separatism in general is a difficult topic for advocates of democracy and human rights. On the one hand, separatists invoke the right to self-determination, arguing that attempts to block a popular vote on independence are fundamentally undemocratic. On the other hand, democracy requires the rule of law, adherence to constitutional order, a culture of political compromise, and a concern for the common good of all citizens. Independence votes often amount to a breakdown in these norms.

Moreover, separation in itself does not solve the problems that are often cited to justify it. For example, a minority in a larger state may seek independence as an escape from repression, but the new state will also contain minorities, who themselves can be at risk of mistreatment if strong democratic institutions are not in place. Secession does nothing to help residents of the larger country, who are still governed by the same flawed system that led the separatists to leave. And in the absence of an amicable divorce, the newly independent state will face the challenge of an unfriendly, less-than-democratic neighbor.

For an illustration of these problems, consider the experiences of Kosovo and South Sudan:

Kosovo’s ethnic Albanian majority declared independence from Serbia in February 2008, and 113 countries now recognize it as a separate state. While ostensibly democratic institutions are in place, the legacies of an authoritarian past—including informal power structures and endemic corruption—continue to cripple Kosovo’s development.

A NATO intervention against Serbia helped end war and mass atrocities in Kosovo in 1999, and the international community has since placed an outsized focus on stability, often at the expense of governance reform. The lack of real change at the top (the Democratic Party of Kosovo has been in power since independence) and disagreements over the status of the Serb minority have contributed to increasing public frustration with Kosovo’s dysfunctional politics, which was visible in this year’s elections. Voter turnout was the lowest since independence, and the radical nationalist Vetëvendosje party became the largest in parliament.

Relations with Serbia have remained tense, despite the signing of “historic” agreements and some progress on the disputed status of Serb-dominated municipalities in northern Kosovo. Opposition protests against the agreements led to the release of tear gas in parliament and violent clashes with police last year. Serbia does not recognize Kosovo’s independence, and there are regular diplomatic and security flare-ups between the two countries.

The world had high hopes for South Sudan after it gained independence from Sudan in a 2011 referendum. The South Sudanese, who are predominantly non-Arab and practice Christianity or indigenous religions, fought a long liberation war against the Islamist, Arab-dominated regime in Khartoum, which had marginalized and brutalized the south’s people since its own independence from Britain in 1956.

However, the new nation faced ongoing disputes with Sudan over territory and oil rights, and struggled to contain internal violence, prevent abuses by its security forces, and tackle poverty and entrenched government corruption. In 2013, a full-blown civil war broke out among rival ethnic-based factions of the ruling party.

Widespread insecurity and a large-scale, self-inflicted humanitarian crisis caused South Sudan’s first national elections—scheduled for 2015—to be postponed, and they have yet to be held. In effect, the situation allows the corrupt leadership to remain in power, with little incentive to work toward peace or implement reforms. Pressure from neighbors and the international community has proven ineffective, leaving many observers pessimistic about the future of the country.

Iraqi Kurdistan can certainly make a strong case for independence. Its relationship with the rest of Iraq is tainted by a history of conflict and crimes against humanity, and it has enjoyed an enormous degree of autonomy in practice for decades, including its own military and political system. It remains more secure and stable than Iraq as a whole, serving as a refuge for Iraqis fleeing violence or persecution elsewhere in the country.

However, it also suffers from a number of governance-related problems that independence, in and of itself, would do little to address.

In many ways, the current drive for a referendum has served to paper over deep political dysfunction in Iraqi Kurdistan. President Masoud Barzani’s last elected term expired in 2013; it was extended through a two-party political agreement that year, and again in a largely unilateral move in 2015, which contributed to violent opposition protests and the suspension of the Kurdish parliament.

The parliament convened for the first time in nearly two years on September 15, with members from Barzani’s Kurdistan Democratic Party and the smaller Patriotic Union of Kurdistan voting to approve the referendum date. However, the reformist opposition Gorran (Change) movement, the parliament’s second-largest faction, boycotted the session. It has argued that the referendum should not be held until domestic political problems are resolved. Parliamentary and overdue presidential elections are not expected until November, and Gorran has called for structural reforms that would shift power away from the presidency.

The president currently controls key institutions without legislative oversight, and although Barzani has said he will not seek reelection, his family remains a powerful political and economic force in Iraqi Kurdistan. His nephew is the prime minister, and his sons hold key security and intelligence posts.

Among other internal problems, public-sector salaries have gone unpaid amid an economic and fiscal crisis, journalists have faced violence and restrictions on reporting in recent years, and non-Kurdish civilians have complained of forced displacement and intimidation, particularly in areas captured during the fight against the Islamic State militant group and unilaterally added to the Kurdish autonomous region. The Iraqi government strongly objects to those territorial acquisitions.

Putting the Kurdish house in order

The Kurds’ desire for independence is well known, and a majority appears likely to confirm their intentions on September 25. But if the future Kurdish state is to be successful—bringing true freedom to its citizens and serving as a model of democracy and stability for the region—all political factions and elements of civil society must do their part to build a stronger institutional foundation at home and forge a mutually acceptable settlement with Baghdad. Achieving these goals should be a prerequisite for any final declaration of independence.