A year after the Afghan republic’s collapse, the human rights advocates who remain face tremendous danger. Governments and global agencies can and should do more. 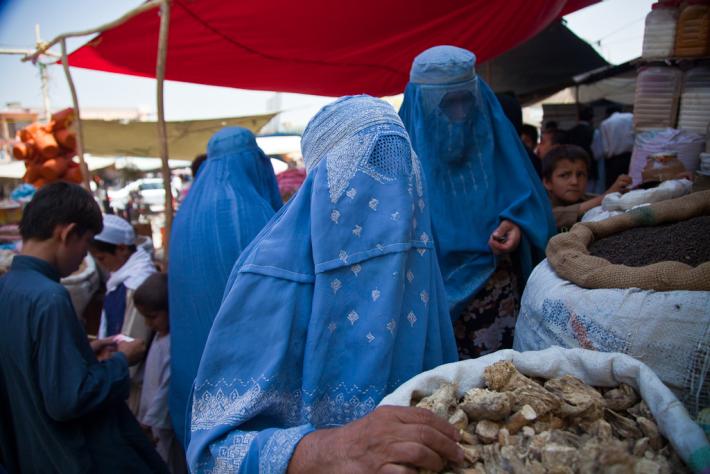 August 15th marks the one-year anniversary of the Taliban’s takeover of Afghanistan and an end to a 20-year effort to build a more democratic nation. Afghans have seen their most basic liberties rescinded under the regime, which is buttressed by a harsh misinterpretation of Islam. Women and girls are losing their fundamental educational, personal, and social rights. Ethnic and religious minority groups face harrowing violence. LGBT+ people face discrimination. And those with ties to the deposed government are at the Taliban’s mercy.

Afghanistan’s human rights defenders (HRDs), who fought for democracy, pluralism, and personal freedoms, are particularly vulnerable—and are often overlooked. Advocates who were outspoken during the administrations of Hamid Karzai and Ashraf Ghani are in hiding, exile, or otherwise live in fear. In a survey carried out with Freedom House’s assistance, almost all HRD respondents reported being threatened, physically attacked, or otherwise mistreated by the Taliban in the first five months of 2022. The world can, and should, do more to help these courageous activists.

As the republic fell, the United States understandably focused on evacuating Afghans who helped US forces or were otherwise known to diplomatic personnel. More than 124,000 US citizens, permanent residents, and Special Immigrant Visa (SIV) holders and applicants left by the end of August 2021, though many did not escape. A postwithdrawal operation to help SIV participants and others depart continues, though its situation is delicate; the Taliban have threatened to stop a program that facilitates “evacuations,” though they tolerate “relocations.” Its scale is modest, with US officials admitting in May that only 9,000 people left after the withdrawal. Tens of thousands more were still waiting for their SIV or refugee resettlement applications to be processed as of July.

Other countries also evacuated civilians, including prominent activists (and relatives) who were known to diplomats. However, tens of thousands of HRDs did not qualify for special visas from the United States or its allies, lacked the right relationships, or simply could not reach the airport. Those people, who touted the same values as their partners, were effectively left on the tarmac or had to make their own escape.

A hopeful era ends and an old regime returns

The Taliban, who promised a more enlightened approach to governance than what they demonstrated in the 1990s, have instead instituted old practices, systematically targeting women, minorities, and civil society.
Taliban assurances that women’s rights would be preserved proved unsurprisingly hollow, with the regime issuing edicts on personal dress, banning education for female students past the sixth grade, mandating the presence of male chaperones in public, and actively discouraging female employment and involvement in public life. The Taliban have also shuttered the women’s affairs ministry.

Ethnic and religious minorities, like members of the Hazara ethnic group and Shiite Muslims, have fared poorly under Taliban rule. Hazaras and Shiite Muslims were brutally targeted by two bomb attacks this April. At least six people died when a Shiite school situated in a Hazara neighborhood in Kabul was bombed. Days later, the Islamic State Khorasan Province militant group orchestrated the bombing of a Shiite mosque in Mazar-e-Sharif that killed at least 12.

HRDs have been subject to searches, threats, detention, and retaliatory killings. One nongovernmental organization (NGO) has closed nearly all its offices, while the country’s independent human rights commission was dissolved. Journalists, meanwhile, have suffered under new restrictions and retribution. Last month, the UN Assistance Mission in Afghanistan (UNAMA) reported that 173 journalists and media workers suffered human rights violations since the Taliban takeover, with the regime perpetrating nearly all these incidents.

While “Samira,” a television journalist, fled before the republic collapsed, her story demonstrates the perils Freedom House and UNAMA have documented. Samira left after hosting a program that featured women’s rights activists, with the Taliban eventually calling for her capture and stoning. Samira still supported activists from afar, coordinating safe passage for those who could not live under Taliban rule. However, Samira was threatened and was likely being watched while in exile, forcing her to move several times while awaiting resettlement. Freedom House helped Samira by arranging temporary relocation and short-term financial assistance. While Samira has since settled in a much safer country, many more HRDs cannot say the same.

Opportunities to escape outnumbered by obstacles

Left on their own, Afghan HRDs stay out of sight, hiding in homes or in remote locations to avoid arrest. While Freedom House has supported at-risk HRDs with small security and domestic-relocation grants, escape remains difficult.

Few private groups can facilitate cross-border escapes. Earlier this year, an international NGO that supports evacuations had a 2,000-person priority list while receiving a steady flow of new requests; whittling that list down is slow and painstaking work. Its applicants must fit various criteria to qualify, including a record of human rights activism or legitimate journalistic activity. Another generous program is slowly bringing lawyers and judges who prosecuted Taliban and other criminals to safety in Germany, but no additional names are being added to its original, lengthy list. Foreign governments and NGOs naturally prioritize known contacts, leaving less connected HRDs at a disadvantage. Of course, any media mention of these efforts prompts a flood of new requests for help.

Documentation is another obstacle. Not everyone in a family may have a passport, or documents may have expired; in either case, a family’s escape attempt may fail or its members must split up. Travel documents can sometimes only be acquired by bribery or on the black market, an especially risky option. Besides, documentation does not guarantee protection; the Taliban may recognize a would-be refugee traveling to the airport or riding a Pakistan-bound bus and detain them.

The odds of entering a welcoming country are low. Visas are hard to come by, and those who qualify for visas or resettlement face long waits. Even before the Taliban takeover, Afghan asylum seekers faced delay and deportation from destination countries. Governments welcomed deserving Ukrainian refugees after the Russian regime invaded their country in February, but equally deserving Afghans remain at the back of the queue.

Afghans who reach neighboring countries like Pakistan, Iran, and Central Asian nations also end up in limbo. The Office of the UN High Commissioner for Refugees (UNHCR) has warned Freedom House that it is prioritizing only the most vulnerable cases because it is so overstretched. HRDs, who fear that local organizations may be too corrupt to trust, may not receive timely UNHCR assistance. Afghans in neighboring countries lack work authorization, quickly deplete their savings, and face fraught choices: rely on hard-pressed relatives, risk exploitation while performing informal work, or risk their lives by returning to Afghanistan.

How the world can help HRDs

While Washington is contributing to the solution by financially supporting multilateral bodies and NGOs, it can do more to help Afghan HRDs. The Biden administration and Congress should create a speedier pathway to vet HRDs and welcome them to the United States—ideally as refugees or via a larger humanitarian parole program. Fortunate HRDs, former officials, military personnel, and others who were known to US counterparts have benefited from humanitarian parole, but they need a pathway to remain beyond their two-year term. Congress should pass legislation that will allow current and future parolees to stay, like the Afghanistan Adjustment Act. Finally, with its ongoing grantmaking and diplomatic efforts, Washington can provide continued material support for in-country HRDs while advocating for their safety.

UNAMA, meanwhile, should continue to document human rights abuses, as it did when it surveyed Afghan media workers; such documentation will place additional pressure on the Taliban, serve as justification for continued sanctions, and may open the way for trials against abusers. UNAMA should publicly object to human rights abuses and, in line with its mandate, protect Afghans from violence.

Other countries should welcome Afghans within their borders and bolster UN operations that support those residing in neighboring countries. Foreign capitals should also call on the Taliban to fulfill their promises to women, girls, and minorities instead of presiding over a retribution campaign that fuels their international isolation. Countries can also help HRDs who are still in Afghanistan by funding mechanisms that provide essential material support, helping them survive and even continue their advocacy should they choose to. Ultimately, the world must not forsake the vision of a freer Afghanistan, even considering the current circumstances.

For 20 years, Afghans worked tirelessly to build a more democratic nation. In the aftermath of the republic’s collapse, we should do more to help Afghan HRDs, whether they seek to leave or aim to continue their in-country work; with a multipronged approach, we can better protect their lives and advance our shared values.

To follow Freedom House's work in Afghanistan, read more about the Afghanistan Human Rights Coordination Mechanism, which seeks to assess the needs of Afghan human rights defenders  and channel support to them, and bring together Afghan and international voices to advocate for full respect for the human rights of all in Afghanistan.