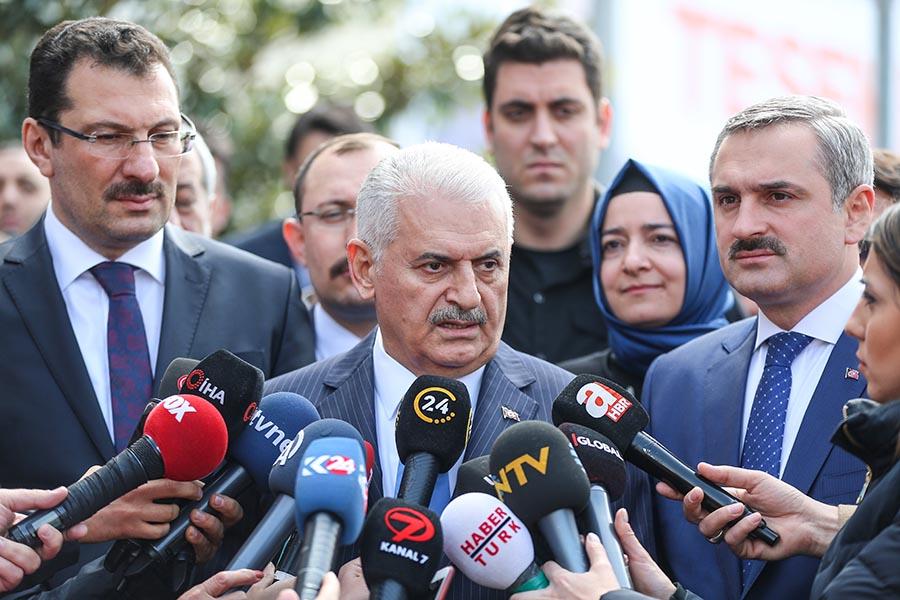 After local elections on Sunday, Turkey’s beleaguered opposition Republican People’s Party (CHP) declared victory in key contests in the capital, Ankara, and the country’s largest city, Istanbul. While most observers had expected Ankara to fall to the opposition, and the ruling Justice and Development Party (AKP) appeared to have already conceded its loss, Istanbul was a shock.

Istanbul accounts for some 18 percent of Turkey’s population and around a third of its GDP, and the megalopolis’s ambitious redevelopment has been a crucial source of rents for the patronage machines of the AKP and its Islamist predecessor party, which have controlled the municipal government for 25 years. It is also the hometown of President Recep Tayyip Erdoğan, and the place where he forged his political career as mayor. Very few people thought that the AKP and Erdoğan would stomach defeat in Istanbul—and it is still not certain that they will accept the results as initially reported.

What happened in Istanbul says a lot about how the AKP has squeezed and distorted Turkey’s electoral institutions, and about the space for competition that remains.

As noted previously, the recent pattern of electoral manipulation in Turkey has centered on control of the media narrative. The fervently pro-Erdoğan state news agency Anadolu has a monopoly on real-time elections data, and it races ahead to publish results favorable to the AKP, which are then bolstered by coordinated messaging from the government’s stable of allied private media—a group that encompasses all but one major newspaper and television station—and statements by the government’s representatives.

The High Electoral Council (YSK) dutifully counts the votes, but waits for instructions on when to announce the results. When there is some concern in the AKP about the outcome, last-minute rule changes (in the 2017 constitutional referendum the YSK decided to allow ballots without an official stamp after the voting had ended) or sudden pauses in the release of numbers (in Ankara’s 2014 elections the counting stopped when the opposition appeared to move into the lead) provide an opportunity to get the result “right.” Control over the narrative, through loyalist media and pliant electoral institutions, ensures that when the AKP announces its victory, there is no room to contest the claim.

So why didn’t it work in Istanbul this time?

The most obvious answer is that the AKP must have lost badly, which suggests serious disaffection among Istanbulites given the party’s control of the media and long tenure in power in the city. As in 2017, when almost exactly 50 percent of the country rejected Erdoğan’s favored constitutional changes (despite the inclusion of unstamped ballots), there is enormous discontent in Turkey. The AKP’s tactics can paper over small losses, but not big ones. Istanbul was merely the crest of an urban wave against the AKP in Sunday’s voting. The CHP won 11 of the country’s 29 major cities (büyükşehirler), including four of the five largest. A liberal and Kurdish-oriented opposition party, the Peoples’ Democratic Party (HDP), won three additional büyükşehirler in the southeast in a show of impressive staying power after dozens of its mayors were removed and replaced with centrally appointed “trustees” under the state of emergency from July 2016 to July 2018. The AKP still won by far the largest vote share nationwide, but its mayoral control over the urban population has shrunk.

The other answer is that the CHP was finally up to the challenge, after years in which the AKP pulled the same trick again and again. The party denounced Anadolu’s racing ahead in favor of the AKP from the beginning. It ran its own parallel vote count without the embarrassing hiccups that bedeviled previous efforts (an easier task in a city like Istanbul, with many opposition activists, than across the whole country in a nationwide vote). And the CHP’s sober and straightforward mayoral candidate for Istanbul, Ekrem Imamoğlu, didn’t cede any ground, staying up all night to give press conference after press conference.

When the AKP’s candidate in Istanbul, Binali Yıldırım, announced his victory even as Imamoğlu appeared about to overtake him, the opposition was prepared. Anadolu stopped updating the tally, but everyone stayed in place, no one panicked, and the CHP stuck to its message. Meanwhile there was a bizarre 10-hour pause in which both Anadolu and the YSK went silent, indicating in the most obvious way possible that they needed some kind of permission to announce bad news for the AKP. Only in the afternoon on Monday did Yıldırım acknowledge that the opposition was ahead. He pledged to challenge the results, however, claiming that he could make up the nearly 25,000-vote gap by reexamining ballots that were deemed invalid. There is a three-day period in which challenges will be heard. The progovernment media still refuse to acknowledge the CHP’s victory, and the fight may not be over.

The ramifications of opposition rule in major cities

Even if the CHP holds Istanbul, there are still significant questions about what happens next. Mayors in Turkey are elected and have a range of powers, especially over local spending and infrastructure projects. But governors (valiler) are appointed by the executive as “the representative of the state and the president,” with jurisdiction over issues pertaining to security and public order, such as the authorization of protests. At the same time, the size of büyükşehirler was increased in 2014 to match province boundaries, making mayors in places like Istanbul and Ankara closer to governors themselves. This sets up what could be a series of clashes between the “central” state and major municipalities, something that has been more common in Turkey’s southeast. Each city is also divided into districts, and the AKP remains strong in many of these districts even where it failed to eke out a citywide win. For instance, the AKP won 22 of Istanbul’s 39 districts (ilçeler) and a plurality on the municipal council. The AKP could use its position to gum up the workings of the city and make the opposition look bad.

An early test of these dynamics will come very soon, with the annual May 1 demonstrations that left-wing groups seek to hold in Istanbul’s Taksim Square, and the anniversary of the 2013 Gezi Park protests later that month. Taksim rests within the AKP-controlled Beyoğlu district, and since 2013, the AKP-run city has backed the AKP-appointed governor in shutting down transportation and barricading the roads to Taksim each year on key anniversaries. Imamoğlu, who promised on the campaign trail to dedicate a park to a minor killed by police during the Gezi protests, will presumably want to handle these events differently.

Decision time for the AKP

In sum, Erdoğan and the AKP have hard choices to make, and fast. After years of demonizing the opposition and accusing it of acting in league with terrorists, can they accept defeat? Will they try to pull out a victory in Istanbul, by hook or by crook? Will they attempt a longer-term strategy of undermining mayors in the key cities where they lost? Or will they simply seek to replace those mayors with “trustees” as they have previously done in the southeast, and as Erdoğan promised he would if mayors “linked to terror” were to win again?

They will have to make these choices against a backdrop of intensifying economic crisis. For years experts have been warning that Turkey’s debt-fueled growth is unsustainable, and calling on the government to raise interest rates and tamp down private lending. The economy is already in recession, and unemployment is rising. Despite some emergency rate-raising in August after the train nearly came off the rails, however, Erdoğan continues to pressure the central bank for lower rates, avoiding decisions that will cause short-term pain in a bid to keep political support. Now the president—who said last week, “I am in charge of the economy”—will have to decide what to do. Recent predictions say that when the music stops, Turkey could need a massive bailout, in the high tens of billions of dollars if not more. The president has rejected seeking assistance from the International Monetary Fund, and it is not clear who else has the motivation or the cash to take the fund’s place.

Turkey is also on track for a huge collision with NATO and the United States over its decision to procure a Russian S-400 missile defense system. It is expected to take delivery of the system this summer, which will likely expose its defense industry to significant secondary sanctions from the United States. The timing of the sanctions could well align with a new low in the economic crisis.

Turkey has gone through enormous political turbulence in the last six years, with nationwide protests, a high-level corruption scandal, a refugee crisis from the war in Syria, terrorist attacks, a coup attempt, a two-year state of emergency, and the transition to a superpresidential system last year that stripped the parliament of many of its powers. More turbulence lies ahead unless the AKP can accept defeat and work with the opposition to address the economic crisis, Turkey’s isolation from its traditional allies, and popular dissatisfaction. Time is running short.