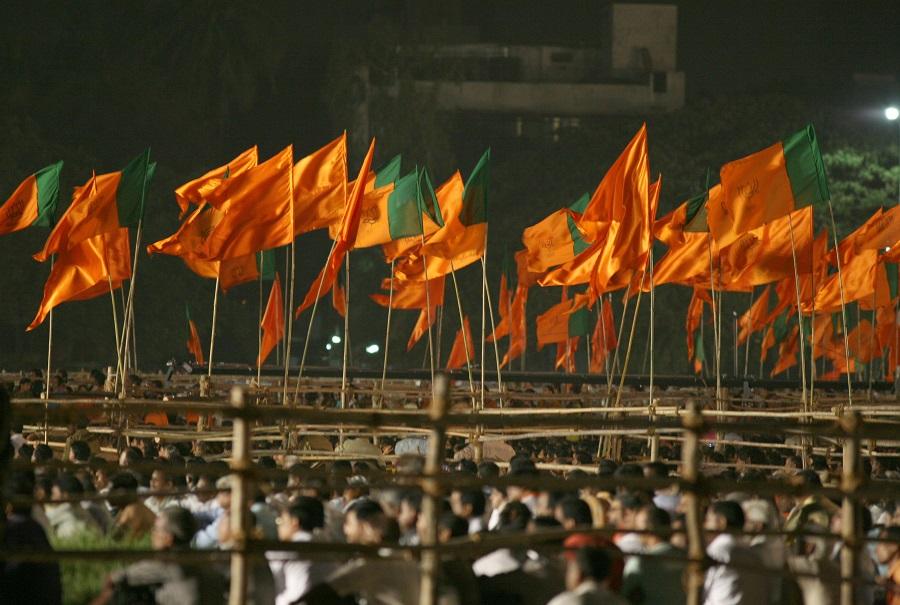 Only sustained pushback from the opposition and civil society can halt the government’s anti-Muslim actions, says political scientist Sumit Ganguly.

India has been swept by protests since late December over a new law that eased access to citizenship for non-Muslims. The law was seen as part of the Hindu nationalist agenda of the governing Bharatiya Janata Party (BJP), which has also imposed direct federal rule in the Muslim-majority state of Jammu and Kashmir and culled many Muslims from the citizenship rolls in the eastern state of Assam over the past year.

In the interview below, Freedom House’s Arch Puddington asks Sumit Ganguly—a Distinguished Professor of Political Science who holds the Rabindranath Tagore Chair in Indian Cultures and Civilizations at Indiana University, Bloomington, and serves as an adviser for Freedom in the World—about the historical context of the BJP program and its implications for the future of Indian democracy.

Could you describe the founding principles of India and how they differ from those of Pakistan?

India was founded on the principles of civic nationalism. Its founders had visualized a secular state under the aegis of which Indians, regardless of their faith, would be treated as equal citizens. Pakistan, on the other hand, was created as a homeland for the Muslims of South Asia.

How have communal relations in India evolved over the decades? How did relations between Hindus and Muslims decline to their current state?

Relations among different ethnic and religious communities have waxed and waned over the last seven decades since independence. There have been periods when there was limited ethnic strife and times when ethnic tensions led to violence. However, since the late 1980s, ethnic and religious strife has been almost endemic in India. These upheavals can be attributed to the failure of the Indian National Congress party, now in opposition, to forthrightly uphold secular principles and practices, and to the ruling BJP’s attempts to foster ethnoreligious divisions.

The government of Prime Minister Narendra Modi has imposed internet shutdowns to quell protests in response to its policy actions over the past year, and similar disruptions at the local level have been on the rise across India for several years. Are internet restrictions becoming a normal tool of political control?

Unfortunately, that does seem to be the case. On occasion, internet access has been limited in a somewhat misguided attempt to prevent the spread of vicious rumors that can precipitate violence. However, the internet shutdowns that the BJP has undertaken are mostly cynical and designed to stifle dissent.

Do you expect the Modi government to impose restrictions on other freedoms or components of democracy, such as press freedom, judicial independence, or fair and competitive elections?

It has already managed to cow the otherwise feisty Indian media to some degree. I would not put it past this government to try and impose other restrictions. Freedom of assembly, in any case, can be curtailed under existing laws, some of which are fairly draconian. (On this subject my July 2017 article in the Journal of Democracy, “The Troublesome Security State,” is worth a look). The much-reviled National Register of Citizens, which effectively rendered nearly two million people stateless in Assam, could well have the effect of purging many Muslims from voter rolls if the government fulfills its pledge to implement the same process on a nationwide basis.

Is it reasonable to conclude that Modi has set India on a Hindu nationalist course that will define the country’s politics for the foreseeable future?

Unless the current protests are sustained, the non-BJP-ruled states push back, and the principal opposition party—the Indian National Congress—girds its loins and adopts an unyielding stance against this majoritarian impulse, there is every likelihood that the Hindu nationalist project will prevail for the foreseeable future.

The United States has mostly withheld criticism of Modi’s policies toward Kashmir, the Assam citizen register, and the new citizenship law. Did this play any role in the government’s decisions? What would you urge the Trump administration to say or do in its interactions with the Indian leadership?

American silence, or at least anemic reactions, toward India’s treatment of its Muslim population may well have emboldened the current government. It has, in any case, created permissive conditions in which to carry out this anti-Muslim agenda. Unfortunately, our many misdeeds during the George W. Bush administration at the height of the “war of terror,” President Obama’s willingness to sweep those under the carpet, and the abysmal track record of the Trump administration in terms of upholding human rights in its foreign policy have all significantly diminished our moral authority to speak on these matters.

Any public hectoring of India would produce a backlash and open us to charges of rank hypocrisy. Under the present circumstances, instead of attempting to publicly shame India, it may be best if bipartisan congressional delegations to India were to quietly raise these questions with their Indian counterparts. The Department of State could also gently but firmly draw attention to these matters in routine dialogues.