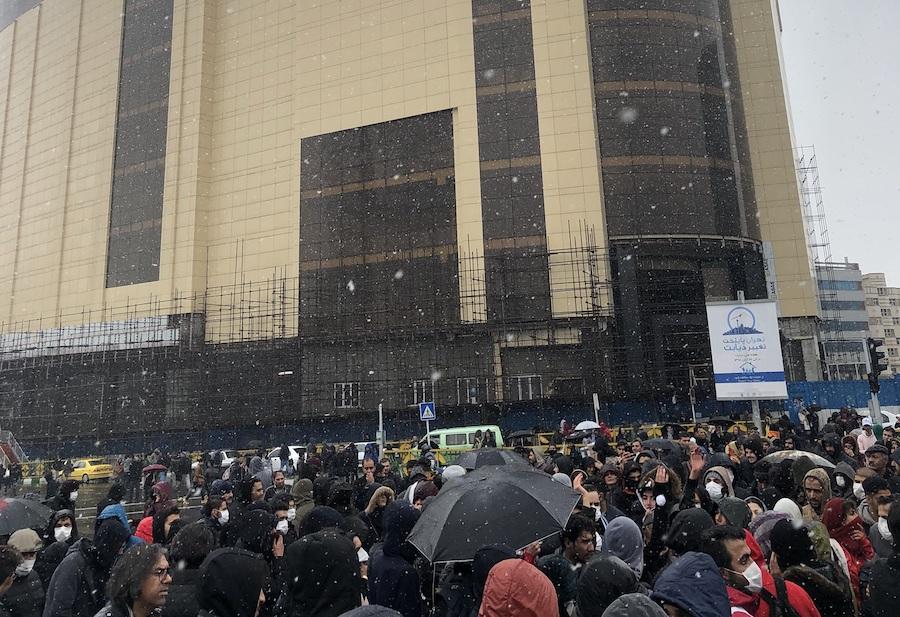 A nationwide shutdown has been lifted, but other restrictions on internet activity seem likely to intensify.

Protests erupted across Iran on November 15 after the government announced an increase in the price of fuel. In an attempt to curb the demonstrations and suppress information about violence and abuse by security forces, the authorities began to disrupt fixed and mobile internet service in cities including Tehran and Shiraz. The shutdown quickly spread nationwide and became the worst internet disruption in the country’s history, affecting up to 95 percent of users. In fact, the civil society group NetBlocks stated that the blackout was “the most severe disconnection tracked by NetBlocks in any country in terms of its technical capacity and breadth.” Internet access began to be restored to select entities a week later.

While the shutdown was unprecedented in a number of ways, it was not surprising given the other restrictions imposed by Iranian authorities in recent years, which have collectively brought the country closer to China’s model of comprehensive state control over the internet. Freedom House’s annual Freedom on the Net report has ranked Iran as Not Free since the project was first launched in 2009, and its assessments have noted severe ongoing repression that affects basic access, online content, and the rights of users.

Walling off Iran’s corner of the internet

One of the most concerning phenomena in recent years has been the development of Iran’s National Information Network (SHOMA), effectively a closed intranet that provides domestic services and content in a bid to obviate the need for access to the global internet. While authorities have promoted the network’s low costs and high speeds, SHOMA also enables the regime to exclude uncensored content and better surveil activists, journalists, and other users. Moreover, when the state deems it necessary to fully disconnect Iranians from the global internet, it can do so with less disruption to the economy and government operations.

The Chinese state similarly maintains control over international gateways and is able to use sophisticated technical blocking against foreign websites and services, including Facebook and Twitter. This has fostered the growth and popularity of domestic applications such as the social media platform WeChat and the microblogging platform Weibo. Both are subject to heavy censorship, and the use of WeChat in particular facilitates surveillance, as authorities are able to access its users’ communications and personal data.

Iran is similarly pushing for the replacement of international platforms with domestic alternatives. For example, after Telegram was banned in 2018, the government provided financial and technical support to local messaging apps like Soroush and Bale. Iranians have been slow to adopt such platforms due to concerns about censorship and surveillance, but this could change if the regime proceeds with plans to employ them for delivery of government and banking services. Another push toward the use of local services came in October, when Iranian authorities directed service providers to immediately block the Google app store.

In the face of increased efforts to limit their access to the global internet and monitor their online activities, Iranians have turned to virtual private networks (VPNs) as a secure means of reaching uncensored information online. The use of VPNs is technically not illegal, but service providers linked to the regime have attempted to restrict them, including by offering financial incentives. Suppression of VPN use is also prevalent in China, largely through sophisticated blocking.

During the recent internet shutdown, the Iranian regime accelerated its efforts to limit the use of VPNs and other proxy tools. Internet protocol (IP) addresses associated with circumvention were blocked, and data centers were pressured to avoid running the programs. The Supreme Council of Cyberspace, which creates most of Iran’s internet policies, is preparing to implement new VPN regulations. Under the rules, select individuals will be able to purchase VPNs, but the privilege would come with government surveillance.

Even if internet connectivity is fully restored in the wake of the shutdown, the continued development of SHOMA, the promotion of local platforms, and the new VPN regulations will further restrict internet freedom in Iran and deepen Iranians’ isolation from the rest of the world.

As authorities increase surveillance capabilities, they have continued to hand down harsh punishments to activists and others who express dissent online. In June, for example, lawyer Amirsalar Davoudi received a 30-year prison sentence, along with 111 lashes, for actions including the establishment of a Telegram channel to document human rights violations. Though the prison term will be reduced to 15 years under Iran’s penal code, the sentence is still an egregious breach of international human rights norms.

The unelected security establishment in Iran shows no signs of easing its suppression of basic freedoms. In the face of this intransigence, moderate and reformist policymakers in the elected branches of government should do what they can to promote legislation and practices that conform with international human rights law and standards. Any international technology companies that still operate in the country should evaluate how their products and business activities affect user rights. And international donors and civil society organizations should support local groups that seek to raise awareness about state censorship and surveillance. Without these and other actions, internet freedom in Iran will continue to deteriorate, dragging the Iranian people’s prospects for liberty and prosperity down with it.