Turkey’s Elections: What a Difference One Percent Makes 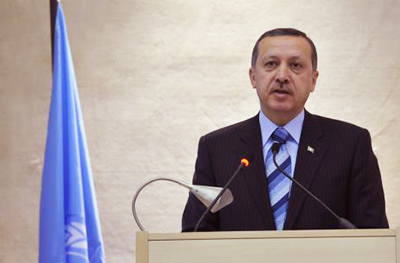 Turkish politics often feels like a succession of crises, each more urgent than the last. This week is no exception. On June 7, citizens will vote in parliamentary elections that could determine Turkey’s direction for decades to come. The new parliament’s ability to put constitutional changes sought by President Recep Tayyip Erdoğan to a popular referendum will hinge on the unusually high 10 percent vote threshold each party must clear to win representation—a hurdle imposed after the 1980 military coup to exclude minority voices and impose order on a fractious political system.

More specifically, the question is whether the pro-Kurdish, left-wing People’s Democratic Party (HDP) can surpass the 10 percent barrier. Frequently banned from formal politics for alleged ties to the militant Kurdistan Workers’ Party (PKK), and unable to win more than 6 or 7 percent of the vote, the Kurdish political movement has circumvented the threshold in recent elections by running “independent” candidates in southeastern and select western urban districts, and then caucusing these independents as a group in the parliament. However, this strategy left the movement underrepresented relative to its national reach and potential.

After HDP leader Selahattin Demirtaş performed unexpectedly well in the August 2014 presidential election, the party decided to gamble on overcoming the 10 percent threshold this year. Turkey’s political process is highly personality-driven, and the young, charismatic Demirtaş has been holding exuberant rallies built around calls for ethnic, social, and economic inclusion, blended with anti-Erdoğan rhetoric that taps into the spirit of the 2013 Gezi Park protests. The HDP is trying to transcend its Kurdish nationalist base by becoming a kind of national Green party, capturing young leftists and liberals who are disaffected with both the exclusionary turn of the ruling Justice and Development Party (AKP) and the traditional Kemalism of the nominally social democratic opposition Republican People’s Party (CHP).

The HDP’s ability to clear the threshold will decide more than just its own fate. If it fails, the seats it would have won will be allocated to the other parties, meaning a swing of dozens of seats to the AKP.

This is a crucial difference. Winning a supermajority of more than 330 seats would allow the AKP to submit constitutional amendments to a popular referendum without any opposition support. Erdoğan has been pushing for constitutional changes to formalize the de facto presidential system he has already created, and opposition parties say they will not help him reach his goal. Demirtaş has sworn that the HDP will not accept a presidential system, rejecting any “grand bargain” of presidentialism for peace.

Amid all this positioning, there is a distinct sense in Turkey that Erdoğan’s grip is weakening. The country’s (notoriously unreliable) opinion polls show the AKP’s percentage slipping to the low 40s, while the three opposition parties are credited with incremental gains. As Halil Karaveli recently argued, the breakdown of relations between the AKP and the Islamist Gülen movement, and Erdoğan’s paranoid attacks on anyone and everyone, have cost the president and his party the moral superiority they relied on against their original opponents in the Kemalist establishment. Even with total dominance of the broadcast media, the ruling party seems to be losing vote share among an electorate that is increasingly uncertain about the country’s economic and foreign policy direction, and perhaps growing disillusioned with the polarizing rhetoric of the “New Turkey.”

In a fairer electoral system, dozens of seats would not hinge on the difference between 9.9 and 10.1 percentage points. Any party that can muster 9.9 percent of the vote—or even far less—should be fairly represented in a democratic parliament. Including the HDP in the legislature would strengthen Turkey’s democracy by improving the Kurdish movement’s political standing to negotiate for inclusive citizenship and much-needed decentralization, and by forcing the AKP to bargain for its cherished constitutional reform.

By the same token, excluding the HDP could push local Kurdish actors to abandon the political process and seek decentralization on their own. The HDP’s allies already control the mayoralties of large cities in the southeast, and exclusion from parliament might strengthen factions within the movement that would prefer local autonomy now over a comprehensive peace settlement later. The emergence of autonomous Kurdish districts just across the border in Syria and Iraq, as Aaron Stein has noted, provides nationalist Kurds with a growing counterargument to the notion that they should settle for an imperfect agreement with the Turkish state. If the HDP does not clear the threshold, the result may be not just a unilateral presidential system, but also the end of the peace process. That Turkish politics is a succession of crises does not make this one any less real.