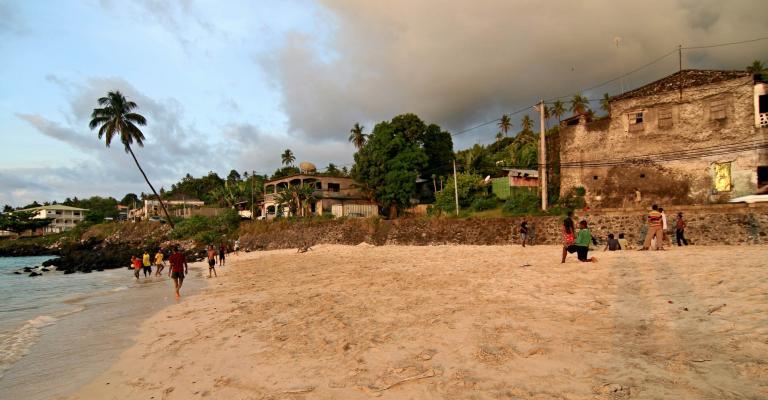 The 2001 constitution outlines a system in which the presidency rotates between the islands of the union, and this system has brought about a series of relatively peaceful elections. However, systemic corruption, violence against women, and poverty remain problems. Many journalists self-censor in order to avoid legal reprisals for critical reporting.

Under the 2001 constitution, the president is directly elected for a single five-year term, with eligibility rotating among the islands. The three candidates who lead the vote on the designated island advance to a second, nationwide round of voting. In addition to its own assembly, each of the three islands also has a directly elected governor.

Comoros held relatively free and fair presidential elections in 2016. The presidency rotated from the island of Mohéli to the island of Grande Comore (Ngazidja). The cycle skipped the island of Mayotte, which Comoros claims but which remains under French administration. Former president and coup leader Azali Assoumani of the Convention for the Renewal of the Comoros (CRC) won the election with 41 percent of the vote. International election observers noted some flaws during the first round in administration by the Independent National Electoral Commission (CENI), and disputes, in the second round, over alleged electoral fraud on the island of Anjouan that sparked violence in several constituencies. The High Constitutional Court (HCC) ordered that polling at 13 stations be rerun due to these irregularities, though the results of the rerun were roughly the same as in the annulled round.

In July 2017, Assoumani replaced ministers from the Juwa Party, ending the coalition between Juwa and his own CRC, amid indications that he wanted to end the rotating union government presidency and seek another term in the next election.

The unicameral Assembly of the Union consists of 33 members, with 9 selected by the assemblies of the three islands and 24 by direct popular vote; all members serve five-year terms. Elections to the Assembly of the Union took place in 2015. The Union for the Development of Comoros (UPDC) won 11 seats, the Juwa Party 10, the Democratic Rally of the Comoros (RDC) 4, the CRC 2, and three smaller parties 1 each. Three independent candidates also won seats. While international observers present during the polls deemed them calm and transparent, they were marred by were accusations of fraud, and of misuse of state resources by then President Ikililou Dhoinine’s UPDC.

The CENI, while generally able to run credible elections, has faced accusations of bias and corruption among its members. In 2016, Ahmed Djaza, president of the CENI, and three members of the commission were detained for embezzlement. However, the CENI reelected Djaza to its presidency in September 2017. Political party concerns over the commission’s independence have since increased.

Political parties are mainly formed around specific leaders and draw on island or ethnic bases of support. Parties may generally operate freely, though the government occasionally disrupts opposition parties’ activities by denying them meeting and assembly space. In late 2017, the government denied opposition parties permission to hold a meeting in Anjouan.

Comoros’s numerous opposition parties have a realistic chance of gaining power through elections. However, occasional government interference in the operations of opposition parties can have a negative impact on their ability to campaign. Additionally, there were allegations during the 2015 campaign period that then president Ikililou Dhoinine’s UPDC benefited from state resources and the assistance of state-run companies, placing opposition groupings at a disadvantage.

In 2017, a number of parties indicated that they would unite to challenge the government.

People are generally free to exercise their political choices. However, the influence of Comoros’s powerful army—which has occasionally cracked down on dissent—as well as of religious authorities can place pressure on voters and candidates.

There are no laws preventing various segments of the population from having full political rights and electoral opportunities. However, traditional attitudes discourage women form participating in politics, and women won just two seats in the legislature in 2015 elections. Legal and societal discrimination against LGBT (lesbian, gay bisexual, and transgender) people makes political advocacy for LGBT rights difficult.

According to the constitution, the president decides on the policies of the state, which are executed by the government. However, irregular activity in the legislature has hampered representative policymaking. In 2015, the newly installed Union of the Assembly chose its president in an irregular election that sparked accusations of an “institutional coup” from the opposition. During the vote, opposition members were prevented from accessing the chamber, at times through the intervention of security forces. The opposition parties, deeming the election illegitimate, unsuccessfully brought a case calling for the dismissal of the assembly president to the Constitutional Court.

There are reports of corruption at all levels, including within the judiciary, civil service, and security forces. The former government of President Ikililou Dhoinine had made progress in establishing institutions and a legal framework for combating corruption, but anticorruption laws are not consistently upheld. Moreover, the Assoumani administration dissolved the National Commission for Preventing and Fighting Corruption (CNPLC) in 2016. The Constitutional Court ruled that the president did not have executive authority to dismiss the commission, but following the decision, the administration simply declined to renew the body’ mandates or appoint members to open seats.

Separately, in 2017, a car belonging to Dhoulkamal Dhoihir, the vice president of the parliament, was set on fire, in what he suggested was retaliation for his investigation into a plan to sell Comoros citizenship to stateless people in Gulf states. The attack took place a day before a commission he led was scheduled to question two former presidents, Ikililou Dhoinine and Ahmed Abdallah Mohamed Sambi, about the program.

Government operations are characterized by a lack of transparency. Various reform initiatives have so far not successfully addressed the problem. Financial asset disclosures by public officials are not released to the public.

The constitution and laws provide for freedoms of speech and the press. However, the use of censorship laws to prosecute legitimate journalistic work, and other pressure, has prompted widespread self-censorship. In 2016, the owner of the La Baraka FM radio station was convicted of insulting the judiciary and assigned a fine and suspended sentence. An appeals court overturned the conviction in February 2017, but shortly afterward, authorities issued an order to close the station’s office, and confiscated equipment.

Islam is the state religion, and 98 percent of the population is Sunni Muslim. The constitution proclaims equality of rights and obligations for all individuals regardless of religion or belief. The law restricts public religious events to Sunni Muslims, though typically other religious groups are not prevented from holding ceremonies. The president appoints the grand mufti, an official government position. The courts have condemned Muslims for disobeying the grand mufti; in September 2017, 28 people were arrested and found guilty for violating a one of the mufti’s directives regarding the celebration of a religious holiday. Christians are prohibited from proselytizing.

Academic freedom is generally respected. However, occasional disputes involving schools can hamper their normal operations. In 2017, a private electricity company shut off power at a high school in Moroni due to fraud allegations against the school. Teachers and students subsequently protested, and the demonstration was violently put down by police; seven students were injured, including one who sustained a gunshot wound.

Citizens may generally engage in private discussion without fear of retribution. However, the legacies of the country’s volatile political history, which involves a number of coups and attempted coups, can discourage ordinary people from discussing politics in public places.

Freedoms of assembly and association are protected in the constitution, but the government continues to restrict some events, including opposition meetings, and police have occasionally respond to public protests with violence. In 2017, striking public school teachers were denied a permit to hold a march, and police dispersed participants when they attempted to hold it anyway.

Civil society groups and nongovernmental organizations (NGOs) operate in the country. Groups occasionally face bureaucratic interference in their operations, such as requirements to secure permits from high-level officials in order to visit prisons.

Workers have the right to form unions, bargain collectively, and strike. In cases of national interest, the government may require essential personnel to return to work. No law prohibits antiunion discrimination or protects workers from retribution for striking.

The judicial system is based on both Sharia (Islamic law) and the French legal code, and the judiciary is subject to influence by the executive branch and other elites. Though the law establishes mechanisms for the selection of judges and attorneys, the executive branch often disregards these and simply appoints people to their positions. Court decisions are not always upheld.

According to the law, all defendants have the right to a fair public trial, but they often face lengthy delays. Corruption within the court system can prevent guarantees of due process. Interpreters are not usually provided to those who need them, as required by law

The law prohibits the illegitimate use of physical force, but security forces have engaged in excessive force, and are generally not held accountable for such behavior. There are questions about the will or capacity of the army to identify and punish abuses within its ranks.

The law provides for equality of persons. However, same-sex sexual activity is illegal, with punishments of a fine and up to five years in prison. Few women hold positions of responsibility in business, outside of elite families. Laws requiring that services be provided for people with disabilities are not well enforced.

The constitution and law provide for freedom of movement, both internally and externally. While these rights are generally respected by the government, in practice, poverty frequently prevents travel between the islands as well as access to higher education.

In accordance with civil and some customary laws, women have equal rights in inheritance matters. Local cultures on Grande Comore and Mohéli are matrilineal, with women legally possessing all inheritable property. However, this is complicated by the concurrent application of Islamic law, interpretations of which can limit gender equality. In addition, a poor system of land registration and women’s difficulties in securing loans hampers women’s right to own land.

Endemic corruption and a lack of a culture of transparency hampers normal business activity.

Early and forced marriages have been reported in Comoros. The law prohibits domestic violence, but courts rarely fined or ordered the imprisonment of convicted perpetrators, and women and children rarely filed official complaints. Sexual violence and workplace harassment are believed to be widespread, but are rarely reported to authorities.

The Comorian economy, which is primarily agricultural, relies heavily on remittances from Comorian citizens in France. Many young people struggle to find sustainable opportunities for employment. Poverty has driven many people to attempt the dangerous trip to Mayotte, a French territory, in flimsy boats known as kwassa-kwassa.

Government efforts to identify and prosecute human trafficking are minimal, and trafficking cases, if addressed, are often done so through informal mediation processes. At times, these mechanisms have facilitated the return of trafficking victims to traffickers.