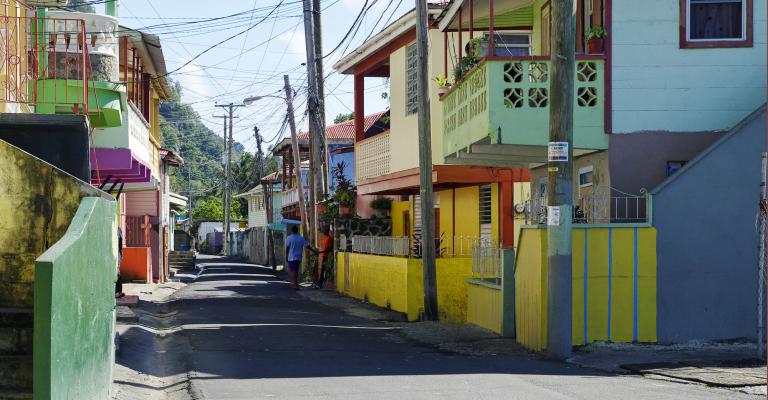 Dominica is a parliamentary democracy and has been governed by the Dominica Labor Party (DLP) since 2000. While the country is committed to democratic governance and civil liberties are generally upheld, several concerns persist; these include effective management of elections, judicial efficiency, and government corruption—notably relating to the country’s Citizenship by Investment (CBI) program.

The leader of the ruling DLP, Roosevelt Skerrit, retained his position as prime minister after his party won most of the parliamentary seats in the 2019 general elections. Despite the poll’s overall credibility, the campaign was marred by unrest linked to opposition concerns over the lack of electoral reform and a corruption scandal involving Skerrit. To ensure the elections passed without incident, the government requested that personnel from the Regional Security System of the Caribbean (RSSC)—an organization composed of several Eastern Caribbean states—be deployed to Dominica four days before the election.

In October 2018, the government reelected former security minister Charles Savarin as president. The UWP walked out of the confirmation session in protest of what they considered an irregular nominating process.

Dominica’s unicameral House of Assembly consists of 30 members who serve five-year terms; 21 members are directly elected, 5 senators are appointed by the prime minister, and 4 are appointed by the opposition leader. There are two ex officio members: the House speaker and the clerk of the House.

The DLP won 18 seats in the 2019 general elections, while the UWP captured 3. Turnout was historically low, with only 54 percent of eligible voters participating. The polls were monitored by the Caribbean Community (CARICOM), the Organization of American States (OAS), and the Commonwealth. They generally concluded that voters were able to cast their ballots without intimidation or fear and that the results reflected the popular will. However, the poll was marked by unrest and the deployment of RSSC personnel.

The Electoral Commission manages and organizes the election process, and the electoral laws are generally fair. However, concerns persist. In the aftermath of the 2014 elections, the results of which were challenged by the UWP, the government was expected to support some reforms. These included updating voter rolls and issuing voter identification cards—which among other things would address concerns about voting by members of the Dominican diaspora. However, the government did not adopt any new measures.

After the 2019 polls, the OAS recommended a series of changes, such as issuing photo identification cards to voters, introducing an electronic voting system, undertaking a voter-list review, and introducing party and campaign-finance legislation. The Skerrit government later appointed jurist Dennis Byron to serve as a sole commissioner to produce electoral-reform recommendations; his report was incomplete as of the end of 2021.

In late December 2019, the opposition challenged the results in 10 constituencies, alleging they were affected by fraud and bribery. In May 2021, an appeals court dismissed the case, though the CCJ agreed to consider the case in December; the CCJ expects to hear their petition in February 2022.

A separate case relating to the 2014 election remains open. In March 2021, the CCJ ruled that respondents from the DLP must respond to a summons over allegations that they improperly “treated” voters. In May, 12 respondents pleaded not guilty. The allegations focus on two DLP-organized concerts held during the 2014 electoral period, which the complainants say were meant to improperly influence the polls’ outcome.

Political parties are free to organize and operate. The effects of the country’s first-past-the-post electoral system has entrenched two-party politics, and while there are several small political parties in Dominica, since 2005 only the DLP and UWP have won parliamentary seats.

All adult citizens may vote. Women are underrepresented in politics generally. Out of 42 candidates in the 2019 elections, only 13 were women, and 8 won seats—although this was an improvement from the 2014 elections.

The Indigenous Carib-Kalinago population participates in the political process, with members generally supporting one of the two major political parties. LGBT+ people face discrimination and are marginalized, impacting their ability to engage fully in political processes.

In July 2021, government legislators limited the opposition’s response to the budget to 30 minutes, prompting opposition legislators to leave the chamber. One opposition member was physically removed and saw his salary suspended until November.

While the government generally implements anticorruption laws effectively, domestic and international observers have raised concerns over corruption within Dominica’s Citizenship by Investment (CBI) program, which allows foreigners to gain citizenship through an economic investment in the country. In March 2021, the US State Department said in its International Narcotics Control Strategy Report that “Dominica accepts a large number of applicants and sometimes issues passports despite adverse information on applicants uncovered during the vetting process.”

In 2017, Prime Minister Skerrit announced an interim policy to tighten the issuance of diplomatic passports, following a controversy in which an Iranian businessman ensnared in a corruption scandal in Iran was found to be holding a Dominican diplomatic passport. In 2019, Al Jazeera published a story claiming that Dominican officials from both major parties, including Skerrit, were willing to receive money in return for political appointments.

The government of Dominica generally operates with openness and transparency, though there are concerns that the long-incumbent DLP has been less forthcoming in recent years with information on some programs, including CBI. Government officials are required to submit financial accounts, but these accounts are frequently incomplete. Access to information is not protected by law, but the government makes efforts to provide information on many topics, and posts information related to the budget online.

Freedom of religion is protected under the constitution and other laws and is generally respected in practice.

Freedom of assembly is guaranteed under the constitution, and the government has generally respected these rights. However, protests sometimes become violent, or give way to looting or acts of vandalism.

Some unrest took place at opposition protests in 2017, and Prime Minister Skerrit characterized them as threats to state security. Later, several UWP members, including leader Lennox Linton, were charged with incitement and obstruction. The trials were still ongoing as of July 2021. Some UWP protests during the lead-up to the 2019 elections featured burning debris and confrontations between protesters and riot police, though there were no major injuries.

An independent judiciary is provided for in the constitution, and judicial independence is generally respected. Courts are subordinate to the interisland Eastern Caribbean Supreme Court and the CCJ.

The constitution provides for due process rights, and these are generally observed in practice. While the judicial system generally operates efficiently, staffing shortages remain a problem and can result in prolonged pretrial detention.

Women’s rights are not fully protected. Laws on sexual harassment are weak. Cases of rape are underreported, with significant stigma attached to the crime and little support available for victims.

Same-sex sexual relations are illegal, though the relevant provisions of the Sexual Offences Act are not enforced, a position that has been made clear by Prime Minister Skerrit. In 2019, a gay man filed a claim against the colonial-era law.

Members of the small Indigenous population, the Carib-Kalinago, face discrimination and a variety of accompanying challenges, including high poverty levels and difficulties in obtaining loans from banks. Rastafarians have reported discrimination and profiling by police.

The government of Dominica supports both domestic and foreign investment. Property rights are generally safeguarded. However, women have more limited rights because traditionally property is deeded to the head of household, who is usually a man.

Revisions to labor laws have strengthened worker protections in recent years, though violations of overtime laws in the tourism sector have occurred. The labor commissioner operates within the Justice Department and is underresourced. The government has made efforts to address poverty and unemployment, including in the wake of Hurricane Maria, which devastated the island in 2017. In September 2021, the government implemented minimum-wage increases.

In its 2020 Findings on the Worst Forms of Child Labor report, the most recent available, the US Labor Department found no evidence of child labor in Dominica but warned that the government made “no advancement” in preventing it. Carib-Kalinago children face barriers to education, which make them more vulnerable.