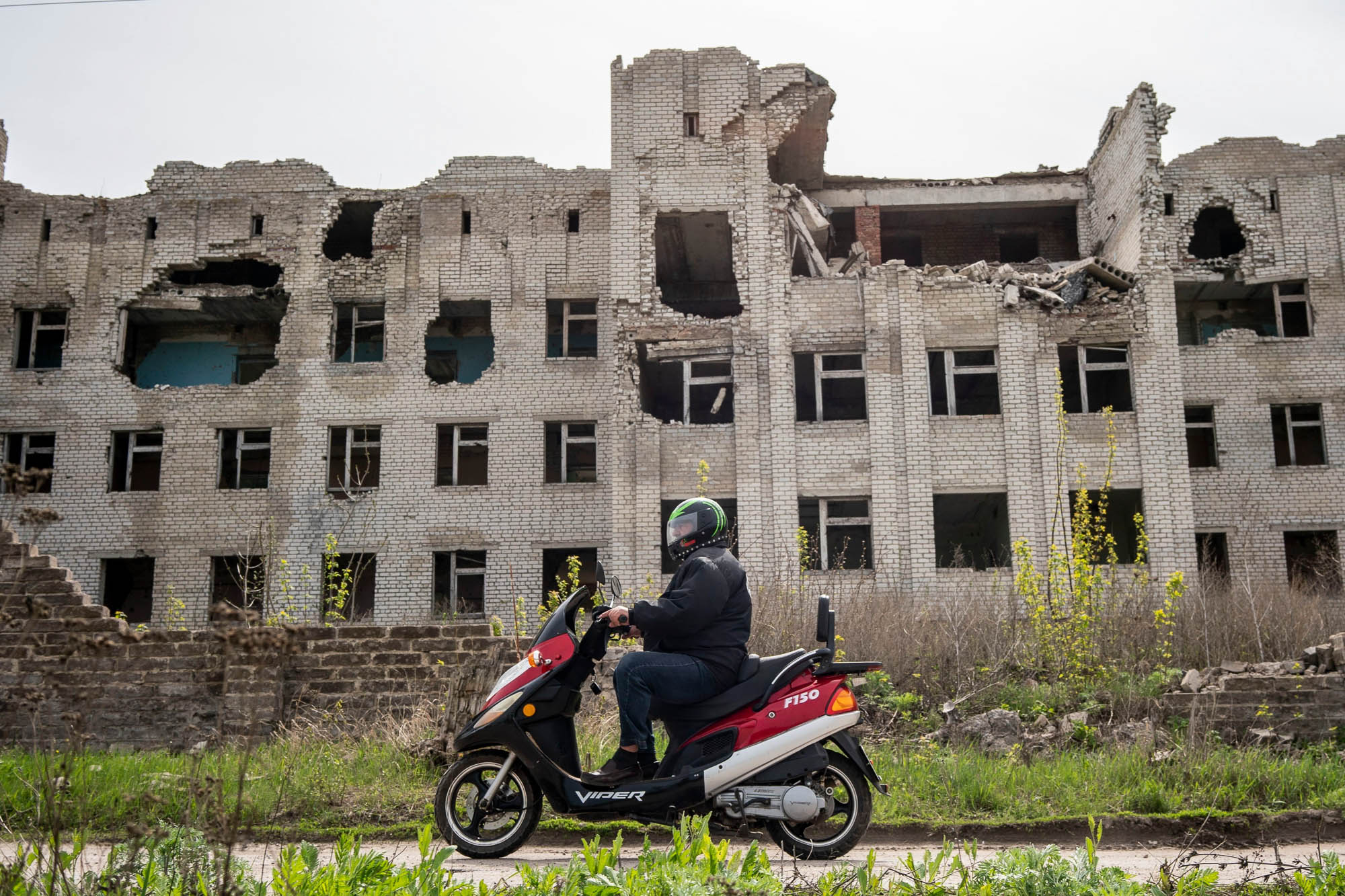 Eastern Donbas comprises the portions of Ukraine’s Donetsk and Luhansk regions that have been occupied by Russian and Russian-backed separatist forces since 2014. It covers about a third of the two regions’ territory and was home to more than half of their prewar population of roughly 6.5 million people, though the current population cannot be determined with precision. Local authority lies in the hands of the so-called People’s Republics of Donetsk and Luhansk (DNR and LNR, respectively), which claim to be independent states but are not recognized by any country, including Russia. Both are entirely dependent on Moscow for financial and military support, and their leaders have openly proposed joining the Russian Federation. Politics within the territories are tightly controlled by the security services, leaving no room for meaningful opposition. Local media are also under severe restrictions, and social media users have been arrested for critical posts. The rule of law and civil liberties in general are not respected.

Eastern Donbas is rated Not Free in Freedom in the World 2022, Freedom House's annual study of political rights and civil liberties worldwide.