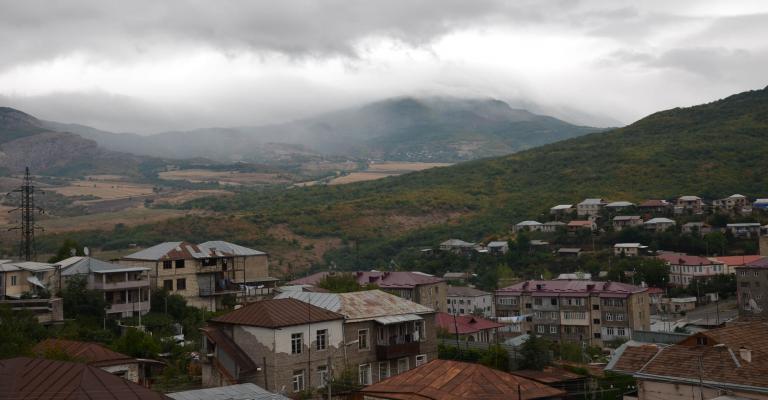 Nagorno-Karabakh is a breakaway territory that has enjoyed de facto independence from Azerbaijan since 1994, when it reached a ceasefire with Azerbaijani forces following a war for independence. The territory’s population is majority Armenian, and Nagorno-Karabakh retains close political, economic, and military ties with Armenia. The security situation, exacerbated by regular violations of the ceasefire and the threat of renewed war, have a deeply negative impact on political rights and civil liberties.

In April, four days of heavy violence broke out along the line of contact between Azerbaijani forces and Karabakh troops, who are backed by the Armenian military. The fighting, which came to be known as the “Four Day War” among the local population, represented the worst episode of violence since the two sides reached a ceasefire in 1994. Although casualty estimates by the two sides varied wildly, the U.S. State Department noted that approximately 350 people died in the fighting, including civilians on both sides of the frontline. Azerbaijani forces gained small areas of land along the line of contact. The clashes heightened overall security concerns and led to significant social and political tensions in the territory.

In March, a special commission formed at the initiative of President Bako Sahakyan began to review Nagorno-Karabakh’s constitution. The commission noted the need to thoroughly reform the territory’s basic law, and unveiled a draft constitution to the public in November. Among other things, the draft envisions a fully presidential system of government, as opposed to the current semipresidential system in which power is shared by the executive and legislative branches. Analysts noted that the territory’s heightened security concerns figured prominently into the proposed legislation, which will likely be put to a referendum in 2017.

Relations between the country’s main parties and the small opposition were tense in 2016. Given the territory’s delicate geopolitical status, internal dissent and opposition have often been regarded as signs of disloyalty and even a security risk. In June, a group of men attacked and kidnapped Hayk Khanumyan, a legislator and member of the National Revival Party, one of the two opposition groups represented in the parliament. After his release, Khanumyan claimed that he recognized the perpetrators and that the attack—which took place in broad daylight in the territory’s capital—was likely meant to intimidate him to leave Nagorno-Karabakh.