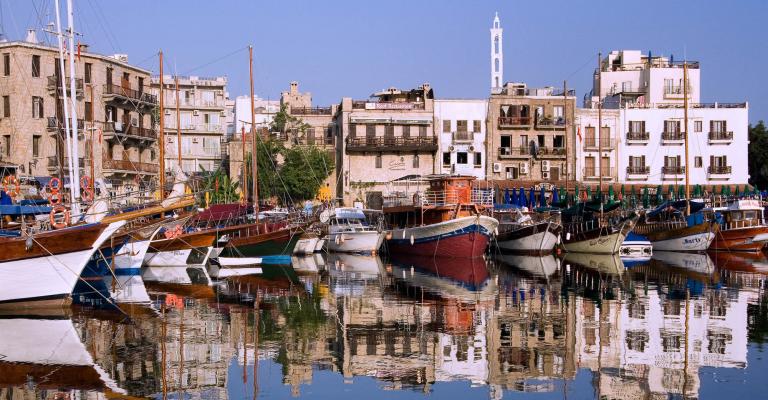 The Turkish Republic of Northern Cyprus (TRNC) is a self-declared state recognized only by Turkey. It has a democratic political system in which multiple parties compete for power. Civil liberties, including freedom of assembly and the rights of nongovernmental organizations, are generally upheld. Turkey exercises considerable political and economic influence over the TRNC, in part through its military presence, control over security forces, and migration from the mainland. Other concerns include corruption, discrimination against minority communities, violations of due process, and poor prison conditions.

Political disagreements over the TRNC’s relationship with Turkey contributed to a collapse of the governing coalition in April.

The friction began in January, when an economic protocol between Turkey and the TRNC formally expired, and Turkey suspended its financial support for the republic, generating a budgetary crisis. In March, Turkey and the TRNC concluded a controversial agreement whereby Turkey will supply the TRNC with fresh water, but the TRNC commits to buying the water at whatever prices are set by a private Turkish company, which will obtain control over the water distribution system. The UBP then left the governing coalition in early April and formed a new coalition with the DP, leaving the CTP—which seeks reconciliation with the Greek Cypriots and EU membership—in opposition. Hüseyin Özgürgün of the UBP became prime minister.

In May, the government concluded a new economic protocol with Ankara, whereby Turkey will provide $1.2 billion in aid over three years. As part of the deal, the TRNC committed to budget cuts and privatization of ports, telecommunications, and electricity infrastructure—which will likely result in Turkish ownership of those assets—as well as the creation of a “coordination office” for youth and sports that gives Turkish ministries authority over scholarships, camps, and facilities. Critics of the deal argued that the provisions would undermine Cypriot reunification talks and move the republic closer to annexation by Turkey.

Although TRNC president Mustafa Akıncı, who has pledged to reunify the island as a bicommunal federal state, continued to support the negotiations with the Republic of Cyprus, the UBP-DP government took a number of other actions that complicated the talks. For example, in May the authorities restricted most Orthodox churches to one service per year, citing limited resources to provide security. After the July coup attempt in Turkey, the TRNC declared the organization of U.S.-based Islamic preacher Fethullah Gülen to be a “terrorist organization” and reportedly cooperated with Turkey’s efforts to identify Gülen supporters on the island. In June, the TRNC passed a law that made it more difficult for Turkish migrants to receive TRNC citizenship, offering them permanent residence permits instead. In August, however, an opposition leader in the TRNC claimed that the government, under pressure from Turkey, was issuing citizenship to 500 settlers a month.

Meanwhile, the TRNC’s Immovable Property Commission—tasked with resolving claims by Greek Cypriots who owned property in the north before the island’s 1974 division—continued to operate, though its work has been hampered by a lack of funding from Turkey. As of December 2016, the commission had settled a total of 805 claims out of 6,308 applications and awarded over $300 million in compensation.

Freedoms of assembly and association are generally upheld in Northern Cyprus, and the year featured a series of protests linked to political developments. Trade unions protested both the March water agreement and the May economic protocol with Turkey, and in August they demonstrated in favor of President Akıncı’s reunification efforts and against the new right-wing government. In August, over 80 groups participated in a protest against Turkish influence in the TRNC. In December, unions staged a general strike to protest the government’s decision to follow Turkey in not implementing daylight-savings time.