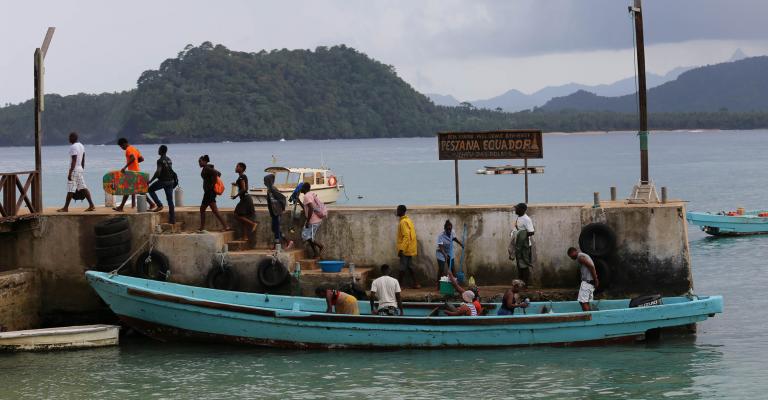 Carlos Vila Nova, of the opposition ADI, was elected president in September 2021, winning 57.5 percent of the second-round vote. The electoral process was marred by a number of irregularities, including allegations of vote-counting errors after the first round of voting in July. The allegations prompted third-place candidate Delfim Neves to request that the Constitutional Court order a recount. The request “paralyzed the court,” which issued three separate rulings on the matter before declining to order a recount. The dispute delayed the second-round polls, and voting did not take place before the mandate of incumbent president Evaristo Carvalho had expired in early September. Allegations of fraud were not repeated during the second-round vote, and both domestic and international observers ultimately assessed the elections as largely free and fair.

Jorge Bom Jesus has served as prime minister since 2018, when he was appointed following the formation of a coalition government—comprised by the Movement for the Liberation of São Tomé and Príncipe–Social Democratic Party (MLSTP-PSD) and a bloc consisting of the Democratic Convergence Party, the Union of Democrats for Citizenship and Development, and the Force for Democratic Change Movement (PCD-UDD-MDFM)—after that year’s legislative elections.

Members of the unicameral, 55-seat National Assembly are elected by popular vote to four-year terms. In the October 2018 legislative elections, the ADI secured 25 seats, followed by the MLSTP-PSD with 23, the PCD-UDD-MDFM with 5, and the Movement of Independent Citizens with 2.

Following the elections, in a bid to secure an absolute majority, then prime minister Patrice Trovoada requested that the Constitutional Court order a recount of ballots that had been ruled invalid, which the court agreed to. The opposition condemned the court’s decision as biased in favor of the ADI. Demonstrations held outside the site of the recount were violently dispersed by security forces, who fired tear gas into the crowd. Later that month, the Constitutional Court certified the initial election results, and the ADI did not gain any seats. Despite the controversy, international observers deemed the elections largely credible. New allegations of fraud in the October 2018 legislative elections emerged in September 2021, prompting ADI leaders to request an official investigation into the claims.

The electoral laws and framework are generally fair, but implementation suffers from lack of resources and staff.

In November 2020, the National Assembly approved a law preventing citizens born and living abroad to run for president. The ADI criticized the legislation, claiming it was designed to keep Trovoada—who was named party leader the month before and was born in Gabon—from running for president. In January 2021, President Carvalho vetoed the law, saying it limited civil and political rights. The president enacted the legislation the following month, after changes were made to remove provisions curtailing the political activities of citizens born and living abroad and to add an article allowing groups of citizens to run for legislative elections.

Despite flaws in the administration of the 2021 presidential elections, international election observers praised the conduct of the CEN, which the African Union (AU) observation mission reported was generally well-organized and able to efficiently manage challenges posed by electoral disputes. However, the AU election observation report criticized both the repeated postponement of the second round of voting and the “ad hoc nature” of the CEN, recommending that the CEN be made a permanent body.

The multiparty system features free and vigorous competition among the ADI, MLSTP-PSD, PCD-UDD-MDFM, and a variety of other parties. Parties are known to fracture, however.

Manuel Pinto da Costa and the MLSTP-PSD ruled São Tomé and Príncipe as a one-party state from independence in 1975 until 1991. Since then, there have been multiple democratic transfers of power between rival parties. Individual governments have tended to be short-lived, partly due to the country’s system of proportional representation, which encourages coalition or minority governments.

Voters and politicians are generally free from undue interference with their decisions. The practice of vote buying by political parties and candidates remains a problem. While the country experienced military coups in 1995 and 2003, normal civilian rule was swiftly restored in both cases.

Women and minority groups enjoy full political rights. While women have made advances in the political sphere, societal discrimination and disparities in access to education inhibit women’s participation. Women hold 24 percent of the parliament’s seats, and 3 women candidates contested the first round of the presidential election in July 2021. In October 2021, Celiza Deus Lima became the first woman to be appointed to the Council of State.

The prime minister and cabinet determine the government policy under the supervision of the National Assembly and the president. They implement laws and policies without improper interference from unelected entities.

In August 2021, the president dismissed defense minister Óscar Sousa at the request of prime minister Jorge Bom Jesus; Sousa’s dismissal came after the ADI accused him of ordering the arrest of both the president and the prime minister in an alleged “attempt to subvert the constitutional order.” The government opened an inquiry into the allegations later that month.

Corruption is a major problem. Oversight mechanisms, the opposition, and the media have repeatedly uncovered evidence of official malfeasance, sometimes resulting in dismissals and other repercussions, but anticorruption laws are poorly enforced. In September 2020, the cabinet sought to “withdraw its confidence” in Attorney General Kelve Nobre de Carvalho over issues including the disappearance of drugs from Judicial Police premises; he remained in his post through 2021.

Other allegations of government corruption surfaced in the media in December 2021, when it was reported that a government contract for the sale of rice donated by Japan had been awarded to a company owned by representatives of the MLSTP and the PCD-UDD-MDFM. The government, which had suspended its contract with the company prior to the 2021 presidential elections, denied any wrongdoing.

The government generally does not restrict access to information about its operations. However, there is no specific law guaranteeing public access to government information. Officials rarely disclose their assets and income. In August 2020, the Court of Auditors warned of irregularities in the government’s 2017 accounts, noting their inability to verify figures related to government debt, among other concerns.

Freedom of the press is constitutionally guaranteed and largely respected in practice. Public media convey opposition views and grant some access to opposition leaders, but only a handful of private media outlets are available, and a degree of self-censorship is reported at both public and private outlets. There are no restrictions on online media, though the sector is poorly developed. Some 30 percent of the population has internet access, and the government is working to expand the country’s internet coverage.

The constitution provides for freedom of religion. Religious groups are required to register with the Justice Ministry and can face penalties for failing to do so, but the process is not reported to be biased or restrictive.

The constitution prohibits political indoctrination in education, and academic freedom is generally respected in practice. However, the quality of education is considered poor, and inequality in access to education is a persistent problem.

There are no restrictions on freedom of expression, which is constitutionally guaranteed. The government is not known to engage in improper surveillance of personal communications or monitoring of online content. Social media is used to express private and political opinions.

The constitution protects freedom of assembly, which the government generally observes in practice. However, organizers are obliged to give authorities two days’ notice before public gatherings. In June 2021, women activists in the city of São Tomé organized a large protest against gender-based violence (GBV). The government responded to the protest with a statement acknowledging an increase in GBV and condemning the murder of Maria de Lurdes Pereira, who was killed by her former husband earlier that month.

Nongovernmental organizations (NGOs), including those focusing on human rights and governance issues, are free to operate. The government has not placed any significant restrictions on NGOs in recent years, but a lack of funding limits their activities.

Workers have the legal rights to organize, strike, and bargain collectively. These are mostly respected, though there are no provisions to regulate bargaining or punish antiunion practices by employers. Most union negotiations are conducted with the government, which remains the country’s dominant formal-sector employer.

The constitution provides for an independent judiciary, and the courts are relatively autonomous in practice, but they are susceptible to political influence and corruption. The current and previous governments embarked on a series of politically charged judicial appointments and dismissals.

In December 2020, the government launched a three-year modernization program of the justice system designed, in part, to bolster judicial and prosecutorial independence. The government initiated several projects in line with the program’s goals in 2021, including beginning the construction of a regional court in the district of Caué and acquiring new technology to facilitate the continued digitalization of the judicial system.

Several judges, with the support of the country’s judges’ union, issued a statement in November 2021 accusing the Superior Council of Judicial Magistrates (CMSJ) of using “discriminatory” criteria, including a seniority requirement, to select candidates for two vacancies on the Supreme Court (STJ). Though the CMSJ later revised the selection process, the judges’ union alleged that it remained marred by “irregularities and illegalities”; no STJ selections were made before year’s end.

Police are sometimes accused of physically attacking suspects during arrest. In March 2021, a prisoner died of injuries sustained while in police custody; three police officers allegedly involved in the incident were detained the following month, and both the director of prison services and the director of the Judicial Police were dismissed. Prisons suffer from overcrowding and other harsh conditions.

Equal treatment is legally guaranteed, but a degree of societal discrimination against women persists, hampering their access to economic and educational opportunities. Although same-sex sexual activity is not criminalized, discrimination against LGBT+ people is sometimes reported, and the law does not specifically address such bias.

The constitution establishes the freedom of internal movement, foreign travel, emigration, and repatriation. The government generally respects these rights.

There are few formal restrictions on personal social freedoms. However, domestic violence is reportedly common and rarely prosecuted, and femicide remains a concern. In November 2021, the government presented its second national strategy for combating GBV.

Forced labor is prohibited and child labor is restricted by law. There are also basic legal protections against exploitative or dangerous working conditions. However, the government lacks the capacity to enforce these rules effectively, particularly in the informal agricultural sector. The economy is heavily reliant on foreign aid.