Italians should be wary of autocrats bearing gifts. 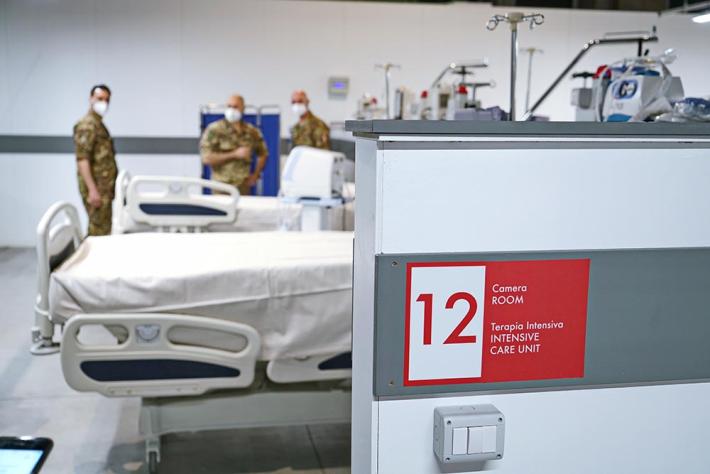 Since late February, Italy has been grappling with one of the world’s most severe outbreaks of COVID-19. To date it has reported the largest number of deaths in Europe, despite extreme mitigation measures including a nationwide lockdown that was imposed on March 10.

This unusual suffering in a wealthy European democracy has drawn the attention of authoritarian powers, which see an opportunity to insinuate the superiority of their systems and the failure of Italy’s traditional allies to come to its aid. The delivery of much-needed supplies and other aid by China, Russia, and Cuba has resonated with the Italian public and fed into a narrative that blames Europe for a lack of solidarity during the crisis. Upon closer examination, however, it is clear that these authoritarian aid initiatives were more about propaganda than solidarity.

For Beijing, which notably blurred the lines between purchased and donated equipment, the shipments to Italy provided a chance to flip the existing narrative and present itself as a leader in the fight against COVID-19 rather than a censorship-prone contributor to the problem. Official propaganda was accompanied by disinformation campaigns on social media: doctored videos of grateful Italians singing China’s national anthem from their balconies went viral, and tweets using the hashtags #GrazieCina (#ThanksChina) and #forzaCinaeItalia (#GoChina&Italy) were artificially promoted—37 percent and 46 percent of them, respectively, were proven to have been generated by bots. These efforts showed results, with SWG polling data indicating that 52 percent of Italians regarded China as a friend of Italy in March, up from 10 percent in January.

At the same time, Chinese state media outlets manipulated the words of an Italian physician to suggest that the coronavirus originated in Italy and not in Wuhan.

Moscow’s aid program, labelled “From Russia with Love,” also had suspiciously self-serving elements. Given that the donated equipment arrived in military planes and was accompanied primarily by military personnel, many observers suggested that the purpose was to place military agents in Italy, or simply to establish a military relationship that might drive a wedge between Rome and its NATO allies. Sources within Italy reported that up to 80 percent of the equipment flown in from Russia was useless and was being used as a pretext for intelligence operations. After the newspaper La Stampa published reports that were skeptical of the aid packages from Moscow, a spokesperson for the Russian Ministry of Defense threatened the journalist and the paper itself in a written statement. Considering the gravity of such open intimidation, politicians from across the political spectrum in Italy denounced the remarks and sought an apology from the Russian government.

The brigade of Cuban doctors and nurses who arrived brandishing a photo of Fidel Castro was perhaps the most warmly welcomed by Italian media and politicians. However, Havana’s medical diplomacy has a complicated history that deserves scrutiny. While the Cuban government touts its international medical program as a show of ongoing solidarity with people in need around the world, more than 100 doctors who defected and filed testimony as part of a complaint at the International Criminal Court (ICC) have reported working conditions characteristic of modern-day slavery. According to the complaint, half of the doctors did not voluntarily join the overseas missions, and most had no prior knowledge of where they would be posted. Once the doctors had arrived at their destinations, their passports were confiscated by a Cuban official, nearly all were monitored by Cuban security personnel and asked to pass on information, and between 75 and 90 percent of the salaries paid by host countries was reportedly kept by Cuban authorities.

While the Chinese, Russian, and Cuban missions garnered considerable media attention, Italy’s democratic allies have also begun to provide aid. For example, despite having been hit hard by the coronavirus itself, France donated a million masks and 20,000 protective suits. Germany reserved 85 intensive care beds for Italian patients and delivered seven tons of medical equipment, including ventilators and anesthetic masks. To date, European countries have donated more medical supplies to Italy than has China. Countries including Albania, Norway, Poland, and Romania also sent teams of doctors and nurses to support Italian health care facilities. The United States deployed a makeshift hospital with eight intensive-care units and announced plans to send $100 million in medical supplies. Finally, European Union finance ministers recently agreed on a €500 billion rescue package for member states severely affected by COVID-19, although many details still need to be worked out.

These responses by Italy’s neighbors have been welcomed, but they may have come too late to swiftly correct the false narrative that China, Russia, and Cuba are more responsible and reliable partners. The idea that European allies dragged their feet and failed to show solidarity has been amplified by Eurosceptic politicians within Italy. SWG polling data indicate that trust in the European Union among Italian citizens dropped from 42 percent in September 2019 to 27 percent in April 2020.

Nevertheless, the final outcome of the pandemic will be shaped by the choices made from this point forward. European countries, in partnership with other democracies, should respond to the global emergency by promoting genuine and coordinated efforts to develop and produce vaccines and treatments, to support struggling workers and economies, and to defend themselves against disinformation campaigns aimed at political destabilization and social division. Prompt action is needed to avoid a deeper crisis that authoritarian actors can exploit. Democratic unity based on the values of transparency and accountability is imperative not just for mounting an effective response to the pandemic, but also for preserving freedom at a time of great vulnerability.