Over the past 40 years, peace and democracy has largely replaced dictatorship and conflict in Latin America, to the great benefit of the United States.  This transformation should inspire hope and renewed pressure for change in similarly troubled regions elsewhere in the world. 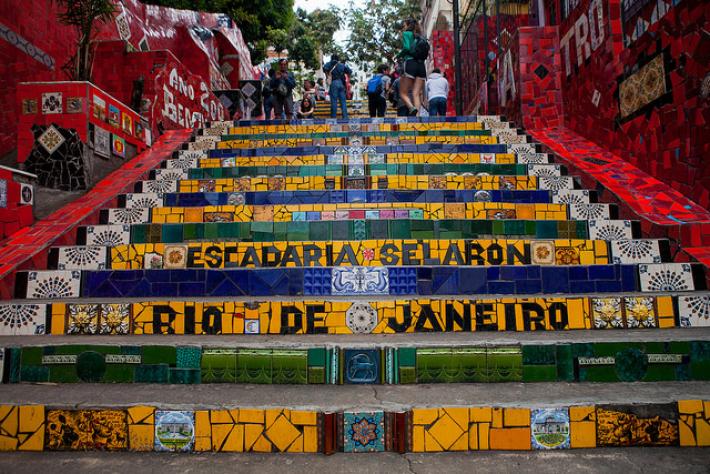 Over the past 40 years, peace and democracy has largely replaced dictatorship and conflict in Latin America, to the great benefit of the United States.  This transformation should inspire hope and renewed pressure for change in similarly troubled regions elsewhere in the world.

A History of Misrule

Throughout the Cold War, Latin America was a major focus of American foreign policy. In practically every country, rebels seeking the overthrow of the political order were pitted against the military as well as paramilitary forces linked to wealthy landowners.

The roots of the region’s misrule and instability have been quite thoroughly analyzed. A major role was clearly played by governments that were unaccountable, kleptocratic, indifferent to injustice, and occasionally downright murderous. For many decades, the attitude of the region’s leaders could be summed up by the famous quote attributed to former Brazilian president Getulio Vargas: “For my friends, anything—for my enemies, the law.”

Latin American democracy was in a sorry state by the mid-1970s. In 1974, Cuba, Chile, Panama, Peru, and Bolivia ranked Not Free on the Freedom in the World scale, outnumbering the Free countries. The bulk of the region consisted of poorly rated Partly Free countries that were unstable and vulnerable to coups and revolutions.

Latin America, however, was among the first regions to experience the global political transformation known as the “third wave” of democratization. By the mid-1980s, South American heavyweights  Brazil and Argentina had made transitions to civilian rule. In 1989 the Pinochet dictatorship in Chile gave way after suffering defeat in a national referendum. By the early 1990s, peace and democratic elections had come to conflict-scarred El Salvador and Nicaragua.

The bar graph for 1994 shows the impressive degree of change that had taken place. The number of countries with Free designations had nearly doubled, and the number of Not Free countries had declined to exactly one: Cuba. Equally impressive is the fact that most of the gains registered during the 1980s have held firm and even improved since then, despite challenges such as the leftist populism exemplified by Hugo Chávez’s Venezuela, a surge in criminal violence in many areas, and erratic economic performance. For the first time in Latin America’s history, Free countries now predominate, and democracy is the rule, not the exception.

Of special note is the extent of change in Central America. During the 1980s, U.S. policy toward the civil conflicts in Nicaragua, El Salvador, and Guatemala was the subject of an angry domestic argument, with critics accusing the Reagan administration of supporting right-wing death squads. The issue also caused lasting damage to America’s reputation in the region. Indeed, Central America had a bloody history of thuggish dictatorships that stretched back to the 19th century, with very little tradition of effective self-government, and the U.S. role in this history was often shameful.

Yet after years of civil war, the region experienced a remarkable change of course, in large measure due to patient American diplomacy. Death squads were suppressed, the left abandoned violent insurrection, and elections brought to power parties of the center-right and center-left. Between 1980 and 2014, nearly every Central American country experienced significant gains in Freedom in the World; only Honduras lost ground, and Costa Rica maintained its already strong performance. The biggest improvements took place in El Salvador and Guatemala, which had been notorious for the brutality of their regimes.

Benefits for the United States

For the United States, change in the hemisphere has had important consequences. To be sure, democratic institutions remain fragile in Latin America, even in regional powerhouses like Brazil. The recent migrant surge from Central America is a stark reminder that personal security is still a major challenge throughout the region. All but a handful of states suffer from extensive corruption, violent crime, inept or brutal police, and ineffective judiciaries that lack public confidence.

Nevertheless, most countries also have vibrant political parties and a level electoral playing field, and previously excluded minorities are increasingly able to make their voices heard in the political debate. U.S. policymakers no longer grapple with a seemingly endless series of coups, states of siege, and dirty wars.

Instead, relations with the region are dominated by economic agreements, cooperation against organized crime, immigration policies, and other quotidian subjects of bilateral diplomacy. U.S. politicians are still capable of speaking about Latino immigrants in disgraceful terms, and Latin American populists too often resort to shabby anti-Americanism in times of trouble. But in a part of the world that was once awash in blood, embitterment, and a corrosive resentment of the United States, the faintness of these modern echoes counts as real progress.

It Can Happen Anywhere

The successes achieved in Latin America have implications for places like the Middle East and Eurasia—seemingly intractable regions where many U.S. policymakers may be inclined to write off the possibility of democratic change and focus on short-term security and economic priorities. The experience of the Western Hemisphere shows that over time, conflicts can end, dictatorships can yield to public and diplomatic pressure, and democracy can take root in what is thought to be infertile soil. But the opportunities will be missed if no one is looking for them.