Revelations about state censorship and online troll networks undercut the authenticity of the Chinese response. 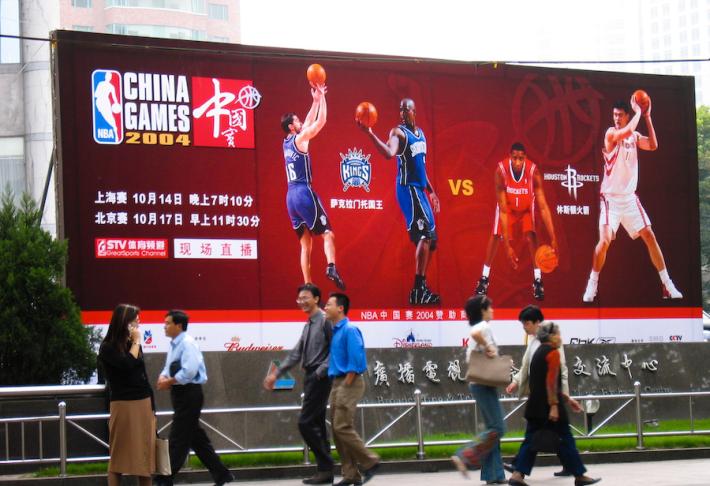 The US National Basketball Association (NBA) faced a wave of hostility from China last month after a team manager expressed support for prodemocracy protesters in Hong Kong on Twitter. But the backlash was not the result of a spontaneous outcry among Chinese internet users. Instead, the evidence suggests that it was largely a product of government-led propaganda and content manipulation efforts.

The episode began on October 4, when Houston Rockets general manager Daryl Morey posted an image bearing the words “fight for freedom, stand with Hong Kong.” After the tweet elicited an angry response from the Chinese government, state media, and Chinese fans of the NBA, Morey deleted it and apologized, along with the Rockets’ owners, to any Chinese audiences who were offended by the message.

The apparent backpedaling and self-censorship drew its own criticism from other quarters, prompting an October 8 statement by NBA commissioner Adam Silver in support of free expression. Numerous Chinese companies withdrew their sponsorships from the league, banners advertising upcoming NBA exhibition games in China were taken down across the country, and official merchandise was removed from store shelves. Viral videos showed Chinese basketball fans tearing up their tickets, and messages condemning Morey and the NBA spread online. Silver claimed that the Chinese government had even pressured him to fire Morey.

In the weeks since the incident, additional details on the Chinese response have emerged, pointing to a coordinated effort by the Chinese Communist Party (CCP) and various proxies to make the NBA pay for its unauthorized foray into a highly sensitive political topic.

In the hours and days following Morey’s initial tweet, tens of thousands of Twitter users apparently based in China were mobilized for a coordinated intimidation campaign against him. A Wall Street Journal analysis of nearly 170,000 tweets directed at Morey concluded that he had been the target of a “troll attack” intended to “manipulate the conversation about the Hong Kong protests.” The report noted that many of the tweets contained verbal abuse, such as a Chinese acronym meaning “your mother is dead.”

At the peak of the activity, Morey would have received notifications at a rate of nearly two messages per second. Twitter is blocked in China but accessible with circumvention tools; according to experts who analyzed the data and messages, the tweets were likely sent by human users rather than a network of automated “bot” accounts.

A government hand behind the controversy

The CCP clearly played a leading role in shaping the online response, sometimes working in the open but often operating just behind the scenes. For example, on October 8 the People’s Daily, the official party mouthpiece, released a social media survey that asked respondents to pick one of four answers to the question of how they felt about the controversy. All four options expressed opposition to Morey or patriotic support for punishing the NBA.

Having stoked the flames of nationalism, however, the authorities sought to tamp down public anger when it had served its purpose. On October 10, government censors instructed Chinese websites to remove reports on the NBA from their homepages and to refrain from “hyping” any related topics.

Bans on NBA broadcasts may endure

Chinese state broadcaster China Central Television (CCTV) denounced Adam Silver for defending Morey on freedom of expression grounds, arguing that Morey’s tweet challenged “national sovereignty and social stability.” CCTV consequently said it would no longer broadcast NBA preseason games. The Chinese internet company Tencent, which has close ties to the government and serves as the NBA’s online broadcast partner in the country, announced that it too would temporarily suspend broadcasts of preseason games.

The preseason has since transitioned into regular season games, but the broadcast suspensions largely remain in place, especially on television. Tencent conceded to fan pressure after a week and streamed some games online, but upheld its ban on the Houston Rockets. While this obviously increases the costs of the reprisal for the NBA, it could be partly aimed at limiting viewers’ exposure to the many images of American and Canadian fans wearing t-shirts or holding up signs to support the Hong Kong protesters. Some videos of these actions have already gone viral outside China. The suspensions may also have set a precedent—on November 9, Tencent interrupted a live-streamed broadcast of a Los Angeles Lakers and Miami Heat game because a fan in the front row wore a t-shirt bearing a Taiwanese flag.

A manicured garden of public opinion

To a certain extent, the persistent public anger directed at Morey, Silver, and the NBA is a reflection of real nationalist sentiment in China. But the sentiment itself has been carefully cultivated over time by the managers of the country’s notoriously closed media landscape, which is currently awash with state disinformation about the Hong Kong protests. This includes inaccurate characterizations on Sina Weibo that frame all demonstrators as “pro–Hong Kong independence.” Among other smears, the protesters have been routinely derided as “terrorists” and “cockroaches,” as detailed in last month’s China Media Bulletin.

It is true that not all Chinese news consumers are convinced by the state propaganda. In one case, a Rockets loyalist posted an emotional video in support of his team in which he set fire to China’s national flag. However, despite the fan’s efforts to cover his face and hide his identity, police were able to track him down and arrest him. Such reprisals send a chilling message to other would-be dissidents, ensuring that anyone who still harbors undesirable views will be too afraid to express them.

The Remarkable Survival of Free Thought and Activism in China