Turkey is Using Pandemic to Tighten Chokehold on Free Expression

Instead of seizing this opportunity to reduce polarization and restore public trust in government, the Turkish authorities have done the exact opposite. 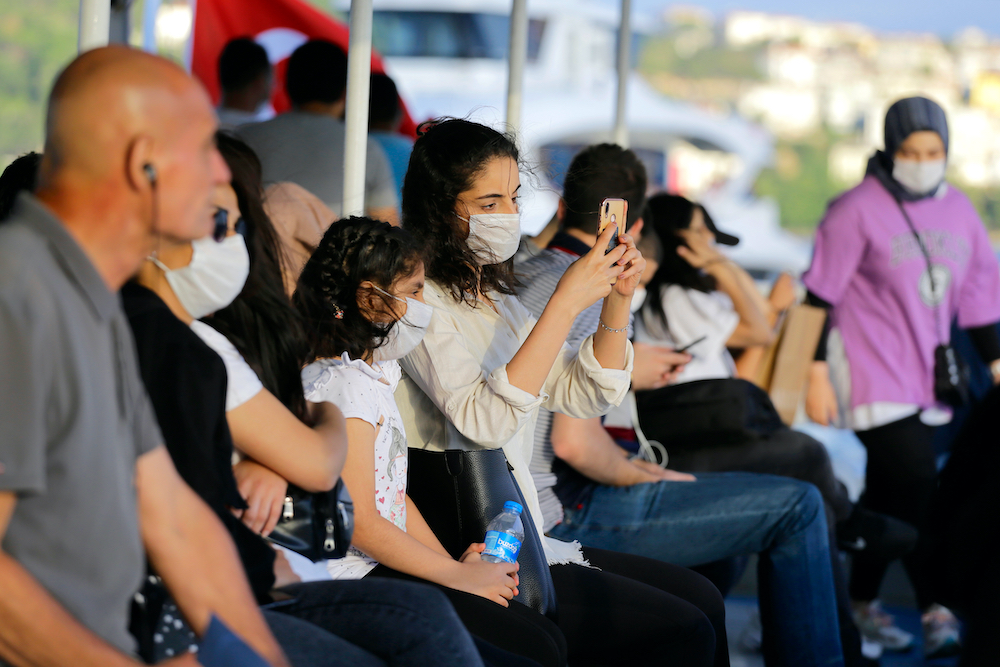 As the coronavirus pandemic gripped the world in March, a Turkish social media user opined in a video: “You’re saying, ‘Stay home Turkey.’ How can I? I’m not rich. I’m a worker. I’m a truck driver. I can’t earn my bread if I don’t work. I can’t pay my bills and rent. Not being able to pay these is worse than dying.” The video ultimately led to his detention.

His situation was not an aberration. As of May 21, at least 510 Turkish citizens have been detained for social media posts that allegedly spread fake or manipulative information on the coronavirus pandemic.

COVID-19 restrictions have deepened existing inequalities worldwide, with the majority of countries still placing restrictions on freedom of movement as of this month. While limiting rights during a time of crisis can be a legitimate response to an emergency, restricting one right can lead to restrictions of others. Turkey is no exception to this.

In fact, the pandemic has added new dimensions to the day-to-day difficulties already experienced by journalists and members of the public who express their right to free speech online. It was already dangerous to speak out on social media in Turkey due to these “pre-existing conditions.” Even high-school students were not spared detention after posting critical views of Turkey’s government on social media.

Turkey remains “Not Free” in Freedom House’s 2020 Freedom in the World index, in large part due to the level of retribution against exercising one’s right to free expression. Many of those safeguards for rights protections in Turkey had been stripped away before COVID-19 took hold. In 2016, following a failed military coup attempt, over 150 media outlets were shuttered, and thousands of journalists, activists, and ordinary citizens were jailed under allegations of participation in terrorist activities.

At Freedom House, before the pandemic unfolded, we conducted research on public trust in the media in Turkey. We found that pressures and restrictions against media in Turkey have contributed to low public trust in the media overall, as well as a significant shift in media consumption habits. We learned that the Turkish public has turned more and more to the internet and to social media as sources of information and news.

However, this shift comes with significant public concerns about, and anxiety around, censorship, surveillance and untrustworthy information.  Sixty-nine per cent of respondents expressed concern about the effects of censorship in Turkey, and 64 per cent revealed that they were worried about the government monitoring their online activities. Thirty-five per cent of those who expressed concerned about these issues were specifically troubled by the government’s concealment of rights abuses.

A proposed draft law on social media appeared on the scene in April, and this month, President Recep Tayyip Erdogan vowed to tighten his grip on social media. Following that promise, at least 11 people were detained for posting allegedly insulting tweets about Erdogan’s newborn grandchild.

The passage of this legislation would ultimately give the authorities more control over content online, including Facebook, Instagram, and popular apps like WhatsApp and Messenger. These measures impact the free speech not just of outspoken journalists and activists but the broader public, as they turn increasingly to social and online media for information and expression. These decisions also bleed into the entertainment sphere; Netflix was blocked on the Turkish parliament’s campus this month. As 130,000 websites in Turkey were banned in 2019 alone, the streaming giant might very well follow suit.

After a gay character in a Turkish-language drama on Netflix created a backlash in Turkey’s conservative circles, Erdogan told Reuters: “Do you understand now why we are against social media platforms such as YouTube, Twitter and Netflix? These platforms do not suit this nation. We want to shut [them] down, control [them] by bringing [a bill] to parliament as soon as possible.”

Those imprisoned for free expression before the pandemic also face serious risks in a landscape where the authorities are further tightening restrictions on fundamental freedoms. Turkey’s authorities passed a new law in April allowing for the early release of nearly 100,000 prisoners due to COVID-19, given that the overcrowded prisons could be a powder keg for spreading the coronavirus. However, the early release initiative excluded those with terrorism charges, a vaguely formulated law that paved the way for many journalists to go behind the bars in the first place.

The law intentionally fell short of covering those in pretrial detention, particularly for the most politically charged cases in which government critics were convicted under Turkey’s anti-terrorism laws. Philanthropist and civil society leader Osman Kavala has spent more than 900 days in jail, despite never being convicted of a crime. The journalist and writer Ahmet Altan, who is in his seventies, has been behind bars for the last four years under spurious charges, alongside other criminals who were excluded by the COVID-19 pardon: murderers, drug traffickers and sexual offenders.

Turkey’s handling of the coronavirus pandemic could have been an opportunity to reduce polarization and restore public trust in the government. Thanks to recent reforms and public investments in healthcare, Turkey did an excellent job in flattening the curve of infections, gaining praise from the World Health Organization, WHO, for its “vigilant, cautious” measures. In this new landscape, Turkey has instead further restricted fundamental rights and used purposefully polarizing political maneuvers to further divide society. Instead of unity, public trust and open debate, the result is division, restriction, and censorship.

This piece was originally published on Balkan Insight.

Gina S. Lentine is senior programme officer for Europe and Eurasia at Freedom House, where she leads the organization’s human rights assistance efforts in Turkey, Ukraine, and Moldova.

Didem Tali is an award-winning journalist, writer, and filmmaker based in Istanbul who reports on global economy and development and gender. She is the author of Freedom House's new special report, Perceptions towards Freedom of Expression in Turkey.

The opinions expressed are those of the author only and do not necessarily reflect the views of BIRN.

Turkey: Cease Legal Attacks on HDP and Its Representatives