Limits on some basic rights are exacerbating weaknesses in others.

Research Manager, Freedom in the World 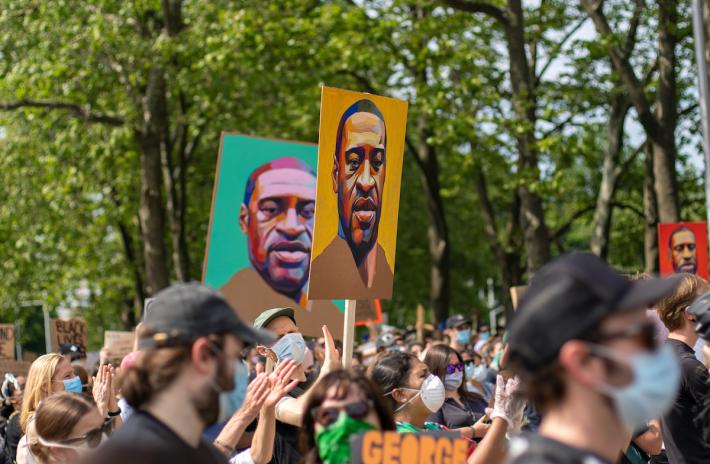 Emergency measures to block transmission of the coronavirus have spread around the world along with the pathogen itself. By the end of May, at least 133 countries had imposed some sort of restriction on internal movement, for example. Limits on rights such as freedom of movement or freedom of assembly can be legitimate responses to a public health emergency, provided they respect principles including nondiscrimination.

However, restricting one right to address a genuine need can lead to violations of other rights. And even when the restriction is not discriminatory on its face, it can often be discriminatory in its implementation or impact, particularly for those who already faced disparities before the crisis. Among the populations suffering disproportionate effects from COVID-19 are women, prisoners, students, and racial or ethnic minorities such as black Americans. The ways in which public health restrictions have reverberated across society illustrate the interconnectedness and interdependence of all human rights and components of democracy.

The long-standing racial discrimination that gave rise to recent protests against police brutality in the United States has been exacerbated and underscored by the biased enforcement of public health measures. Before the pandemic, American policing was marked by racial profiling, and according to data from Mapping Police Violence, black people were more than three times as likely as white people to be killed by police. Of the 75 people killed by New York City police officers between 2013 and 2019, 48, or 64 percent, were black. As New York became an epicenter of COVID-19, discriminatory enforcement of the city’s emergency measures was highlighted through contrasting images on social media showing white sunbathers being offered masks by the police and officers using force to arrest black residents suspected of violating social-distancing rules. Records shared on May 8 revealed that over half of 374 pandemic-related summonses were given to black New Yorkers, who make up less than a quarter of the city’s population.

Women and increased exposure to violence

An unintended consequence of lockdown and quarantine orders is that many women have been forced to remain at home with an abuser and face reduced access to outside help. Around the world, reports of domestic violence have increased, though many more women are likely unable to safely report abuse.

In Bangladesh, where many women have reportedly experienced domestic violence for the first time during the COVID-19 lockdown, high legal barriers prevent most rape cases from reaching the courts, and women face chronic discrimination in social services and employment. Those surveyed often said their husbands lashed out after growing frustrated by job losses and social isolation related to the pandemic. In Latin America, where violence against women is increasingly recognized as a pervasive problem, reports of abuse through hotlines have multiplied. Under movement restrictions in Argentina, there was at least a twofold rise in the number of women killed. Women in the Middle East and North Africa, who face discrimination in everyday life through both laws and social norms, have also experienced a spike in violence amid the health crisis. As with other women around the globe, their opportunities to seek shelter and support are limited, and court closures and police attention on maintaining lockdowns have further reduced the available remedies.

Some countries have sought to address the rise in domestic violence, though only after emergency measures were put in place and the impact became clear. The state of Uttar Pradesh in India created a dedicated hotline, while France established a system in which victims nationwide could report abuse in pharmacies. By and large, as they were rolling out their lockdown orders, governments failed to give due consideration to the restrictions’ likely and particular impact on women.

Prisoners in a pandemic

Though prisoners by definition lack freedom of movement, incarcerated people are still entitled to other basic rights, including access to legal representation and adequate medical treatment. Amid the pandemic emergency measures, however, such rights have been restricted. Lockdown and self-quarantine orders might temporarily bar visitors, including lawyers and relatives who would otherwise bring health-related necessities, while existing health care deficiencies and unsanitary conditions put prisoners at increased risk of contracting the virus.

In March, the US Bureau of Prisons imposed a 30-day suspension on visits to federal facilities, including by legal representatives. While calls with attorneys were permitted, lawyers have noted that it is difficult to communicate freely without in-person, unrecorded meetings. Substandard health care and overcrowded conditions have played a role in the 34,000 confirmed coronavirus cases and more than 450 deaths among prisoners in the United States as of May 27. Emergency policies can also lead to violence; riots broke out in Italian prisons after visits were suspended and the opportunity for most prisoners to secure probation or special permits to leave was restricted.

While many countries have released certain categories of inmates to reduce prison density during the pandemic, political prisoners have often been excluded. About 90,000 inmates were released from Turkish prisons in April, including some who had committed violent crimes like domestic abuse, even as journalists, activists, and academics remained behind bars based on politicized charges. Indeed, groups that were persecuted before COVID-19 emerged—whether political dissidents or members of marginalized minorities—are more likely to be prisoners in the first place.

Disparate impacts on students and education

Measures to slow the pandemic have caused considerable disruption to education. UNICEF notes that over 91 percent of students globally have been affected by school closures. While efforts have been made to continue instruction online, not every student can adapt. According to one estimate, 50 percent of all students under emergency restrictions lack computer access, while 40 percent lack home internet access.

These gaps reflect and exacerbate existing inequalities. Numerous rural students in China, for instance, lack their own connected device to participate in online classes, and service in such areas can be unreliable and expensive. Many low-income students in Southeast Asia similarly do not have a computer or internet on their mobile phone. In Latin America and the Caribbean, divides in internet access between rural and urban areas, along with gulfs in cities based on income level, have caused concern that some students will stop attending school permanently.

Finally, in many parts of the world, limited access to the internet, and thus to education, disproportionately affects other vulnerable students, including girls, migrants, and refugees. Though unintentional, increasing disparities in educational attainment during the pandemic could have lasting consequences.

The benefits of interconnected rights

Each country’s past failures to uphold human rights standards are now resulting in greater harm for the populations concerned. But the entanglement and indivisibility of different freedoms also show the way forward. Just as weaknesses and violations in one area undermine the integrity of other rights, protecting liberties will stoke other types of advancements.

Governments do not simply have an obligation to foresee and prevent collateral damage from their pandemic emergency measures. They also have an opportunity to shape their response in a manner that addresses long-standing problems and lays the foundations for a freer and more democratic society. The best way to ensure that rights are protected in an emergency is to strengthen their protection before it arrives, and after it is gone.