What Will It Take for the UN to Stand With the People of Iran?

The United Nations has repeatedly failed to adequately address human rights violations committed by authoritarian regimes; today, it is up to the world’s democracies to aid the repressed. 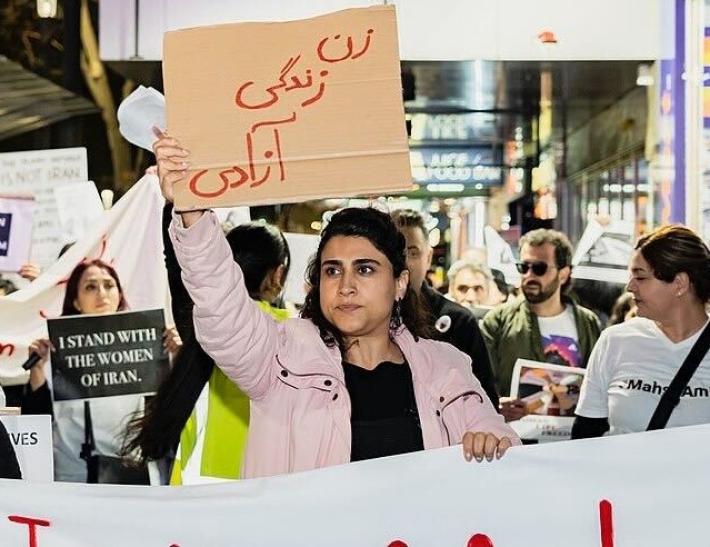 The United States and Albania held a joint informal United Nations Security Council meeting this week to “put the spotlight on the ongoing repression in Iran and to identify opportunities for promoting credible, independent investigations into the Iranian government’s human rights violations and abuses.” While we should be grateful to the US and Albania for this meeting, we should also be aware of the agonizing limitations of the United Nations.

My experience with the UN leaves me to suspect that the organization will once again fail the Iranian people—just as it has consistently failed the people of other nations who suffer from autocratic rule. But I take no satisfaction in that outlook, and I hope the UN proves me wrong.

On December 10 of that year, on what has come to be known as Human Rights Day, he hosted Eleanor Roosevelt, then chair of the Commission on Human Rights, and Marianne Anderson, the African American contralto at the New York Metropolitan Opera, for the commemoration of the Universal Declaration of Human Rights. The presence of Ms. Anderson was symbolic for the cause of human rights, as she had been snubbed by the Daughters of the American Revolution for a performance in 1939 in Constitution Hall.

After the atrocities wrought by the Axis powers, Mrs. Roosevelt had noble ideals for the Commission. That evening she said, “Men have struggled for the rights of individuals and nations for centuries and now at last in an organization of 60 nations they are struggling together to achieve the implementation of human rights through law as well as through the power of public opinion.”

Mrs. Roosevelt could not have imagined that the UN and its Commission on Human Rights would go on to represent the interests of nations’ governments instead of their people. Prior to 2006, Libya was the Commission’s chair, Iraq a member, and Sudan had just won membership. Things got so bad that then-Secretary General Kofi Annan said, “States have sought membership of the Commission not to strengthen human rights but to protect themselves against criticism. We have reached a point at which the Commission’s declining credibility has cast a shadow on the reputation of the UN system.” Consequently, the UN General Assembly established the Human Rights Council in 2006 to replace the Commission on Human Rights.

But altering the name and the organization’s membership numbers soon proved to be the only change. Countries widely perceived as human rights abusers—such as Saudi Arabia, China, and Venezuela—have served (or are serving) as Council members. For example, in what has been called “the largest-scale incarceration of ethnic and religious minorities since World War II,” the Chinese government has committed crimes against humanity toward a million Uyghurs (Turkic Muslims). How did the Human Rights Council respond to this atrocity? It voted “Not to Debate” the treatment of the Uyghurs by a vote of 19–17, with 11 abstentions.

Member countries have predictable voting postures. Abstentions are a convenient way for those who have an economic or political relationship with the perpetrator to maintain such ties, yet not be on record for supporting abuses. Countries that are put on the spot rely on accusations of foreign intervention to fend off further inquiries—and use the opportunity to unite developing or nonaligned countries behind them. After the vote, China responded, “This is a victory for developing countries... Human rights must not be used as a pretext to make up lies and interfere in other countries’ internal affairs, or to contain, coerce, and humiliate others.” The Iranian government has learned its lessons well from China.

Uyghur groups, just like current Iranian groups inside and outside Iran, urged the UN Human Rights Council to establish a “commission of inquiry to independently examine the treatment of Uyghurs and other minorities in China.” Even though the UN Human Rights Council, headed by Michelle Bachelet at the time, released a report on the human rights situation in China, the inquiry commission never happened. These commissions need to be established by UN bodies such as the Human Rights Council, the General Assembly, or the Security Council, and they need access to the country in question. With bad actors proliferating in these bodies—Not Free or Partly Free states comprise 68 percent of the Human Rights Council’s membership, according to Freedom House—how would an independent inquiry be voted on when a debate on China’s human rights record will not?

Looking for an effective approach

Some are suggesting moving the Iran vote to the third committee at the UN General Assembly, which reviews human rights violations. This committee can pass resolutions but has no power of implementation. I saw firsthand how difficult it was to even gather the votes on Iran’s human rights situation in 2007, at a time when the Iranian regime did not throw its weight around as much as it does today. As it is, Iran is already busy lobbying friendly UN member states (and trade partners) while doing everything possible to block investigations of the regime’s conduct.

Indeed, the UN Special Rapporteur on Human Rights in Iran has never been allowed into the country. On the other hand, in May 2022, the UN Special Rapporteur on the negative impact of unilateral coercive measures on the enjoyment of human rights Alena Douhan was allowed to enter Iran. She concluded that sanctions have a significant negative impact on the country’s economy, leading to serious violations of human rights and humanitarian challenges.

Nor are these the only examples. After all, what was the result of the scathing country report by Agnes Callamard (then the UN Special Rapporteur on extrajudicial, summary, or arbitrary executions) on the premeditated murder of Saudi journalist Jamal Khashoggi in the Saudi consulate in Istanbul? She recommended that “all states impose sanctions on the Saudis involved in the killing, specifically including Crown Prince Muhammad bin Salman.”  Not only have no sanctions been imposed, but countries have also been tripping over each other to attend the latest Saudi Investment Conference, the Future Investment Initiative.

Americans often grouse about our current dysfunctional political environment, but the UN has been a boiling cauldron of politics since its inception. The organization brims with countries attempting to appear honorable, with politeness coming at the cost of human rights. “Naming and shaming” in the polite company of the UN is not acceptable. While global democracy is on the decline, and evident in the makeup of UN, ultimately, it’s up to democracies all over the world to help the repressed.

Goli Ameri is the Vice Chair of Freedom House’s Board of Trustees. She is the co-founder and chief executive of Startitup. She is a former US Assistant Secretary of State for Educational and Cultural Affairs and Under Secretary for Humanitarian Diplomacy at the International Federation of Red Cross. Ms. Ameri was a Representative to the 60th Session of the United Nations General Assembly and served as a Public Delegate to the 61st session of the United Nations Commission on Human Rights in Geneva.

Interview with Goli Ameri: On Women’s Rights in Iran

“Loudly and Clearly”: How the Ongoing Protests in Iran Are a Part of a Historic Women’s Rights Movement and Quest for Freedom

What Next for Human Rights in Iran?