The world’s autocrats seem more willing to dispense with the appearance of honest elections. 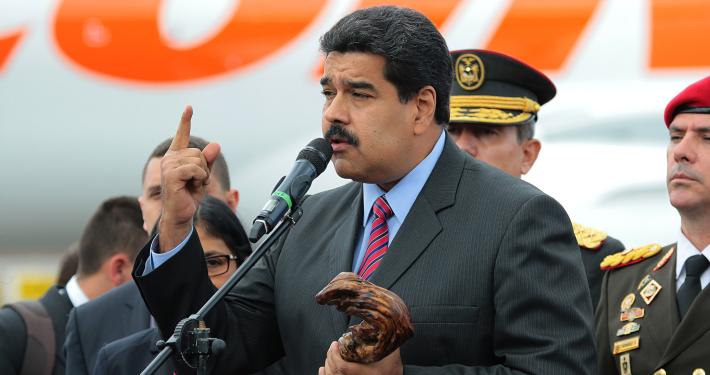 The world’s autocrats seem more willing to dispense with the appearance of honest elections.

In less than two weeks, Venezuela will conduct the latest in a series of sham voting exercises, this time to hand a new mandate to President Nicolás Maduro. Over the past two months, similar pseudo-elections were held in Russia, Azerbaijan, and Egypt. In each case the outcome was determined far in advance, with nothing left to chance. And in each case, the official result was a massive win for the incumbent strongman: over 76 percent for Russia’s Vladimir Putin, 86 percent for Azerbaijan’s Ilham Aliyev, and a whopping 97 percent for Egypt’s Abdel Fattah al-Sisi.

Then there is Hungary, where Prime Minister Viktor Orbán’s Fidesz party achieved another parliamentary supermajority with a little over 50 percent of the vote. Election monitors described a ruling system that features highly partisan control over the economy, media, judiciary, and electoral commission, and a governing clique that brazenly mobilized state resources to ensure a decisive victory for Fidesz.

Freedom House’s annual Freedom in the World report has registered an overall decline for global democracy in each of the past 12 years, and so far, the evidence suggests that 2018 will be no better and very possibly worse. It was not so long ago that countries like Russia and Egypt permitted a semblance of competition and open debate in their elections. Increasingly, however, modern autocrats are abandoning efforts to show that their polls meet minimal standards for legitimacy.

Elections are the most fundamental institution of democracy, enabling peaceful changes of leadership and holding officials accountable to the public for their performance. But once leaders of bad faith gain office through the ballot, even under honest conditions, they begin to fortify their positions. The other institutions that are designed to guarantee free expression, protect ordinary people from state abuses, and ensure that judges are impartial and independent invariably come under pressure. As their original democratic legitimacy decays, actual and would-be autocrats feel compelled to pile on more layers of control, even after winning reelection by massive margins. Thus in the wake of his latest victory, Orbán has launched a second stage of judicial purges and is planning another round of civil society restrictions.

Freedom House’s ‘Freedom in the World’ report assesses each country’s political rights and civil liberties on a scale of 0 (least free) to 100 (most free). For more information, please visit https://freedomhouse.org/report-types/freedom-world.

The 12-year decline in democracy measured by Freedom House has touched almost every region of the world, as the chart above indicates. But which regions are most likely to suffer further declines in 2018? There are several major trends that could provide answers:

It’s worth noting that until very recently, autocrats primarily aimed their repressive policies at the media, civil society, and the legal system. In choosing their priorities, strongmen reasoned that if the institutions meant to provide checks and balances were under control, election victories could be achieved without overt rigging or violence.

Now, however, autocrats are deploying more direct weapons to crush the political opposition at the polls.  In Venezuela, the Maduro regime—having destroyed an energy-rich economy and ushered in an era of mass poverty and semi-starvation—has resorted to old-fashioned strong-arm tactics to ensure the president’s reelection: shooting protesters, jailing dissidents, pushing critics into exile, and barring rival candidates from the race.

Avoiding the oppressive methods of dictators past was once a key goal for modern authoritarians, who hoped to camouflage their monopoly on power with a veneer of order, pluralism, and electoral legitimacy. The question we need to ask is whether the current trend of open violations of the most basic standards for competitive elections is a sign that autocrats no longer care what the world thinks, a reflection of growing apprehension about the stability of their regimes, or some combination of the two.