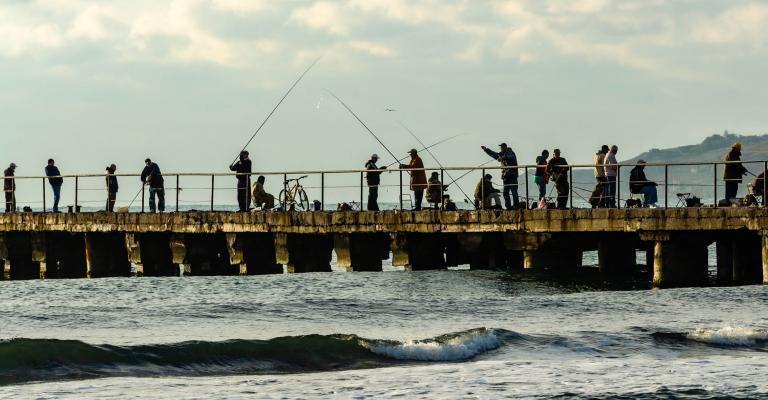 In early 2014, Russian forces invaded the autonomous Ukrainian region of Crimea, which was then quickly incorporated into the Russian Federation through a referendum that was widely condemned as having been conducted in violation of international law. The occupation government severely limits political and civil rights, has silenced independent media, and employs antiterrorism and other laws against political dissidents. Some members of the peninsula’s indigenous Tatar minority continue to vocally oppose the annexation, despite the risk of imprisonment.

Russian occupation authorities enforced their control over Crimea for a third year in 2016, notably repressing Crimean Tatar activists, further limiting the media available to Crimean residents, and pressuring local voters to participate in Russia’s State Duma elections in September. In August, President Putin claimed that Russia had thwarted an incursion into the territory by Ukrainian saboteurs planning terrorist acts, though he provided little evidence to support the allegations, which Ukrainian authorities said were fabricated. The following day, Putin accused Ukraine of attempting to provoke violence in Crimea, and Russian officials announced naval exercises in the Black Sea. Separately, Russian authorities banned the Mejlis, the official but nongovernmental representative body of the Crimean Tatar people, purportedly because its members engaged in “extremist activity.” Both episodes reflected Russian authorities’ strategy of pointing to the alleged presence of extremists as justification for tightening their grip on the territory.

In addition to the Mejlis closure, occupation authorities—whose leadership was largely imposed by Moscow and included individuals with ties to organized crime—continued to harass members of the Crimean Tatar minority, with the most outspoken activists facing political persecution. Since the 2014 invasion, Tatar media outlets have been shuttered and many Tatar-owned businesses arbitrarily closed.

While some Crimeans hoped that the Russian occupation would improve their standard of living, prices for many goods have soared, wages and pensions have not kept pace, and the important tourism and agriculture industries are under heavy strain.

The international community continues to oppose the Russian occupation of Crimea. In late 2016, the United States imposed new sanctions against Russian firms and individuals doing business in Crimea—particularly those involved in the construction of a bridge connecting the peninsula to the Russian mainland—and against a number of officials in the occupation government.

Under the administrative system established by Russia, the Crimean Peninsula is divided into the Republic of Crimea and the federal city of Sevastopol, a port of roughly 380,000 residents that had also been governed separately under Ukrainian control. Sevastopol’s political institutions largely mirror those of Crimea proper.

The head of the Republic of Crimea is elected by its legislature, the State Council of Crimea, for up to two consecutive five-year terms. Lawmakers choose the leader based on a list of nominees prepared by the Russian president. In October 2014, they unanimously elected Sergey Aksyonov as the head of the republic, and he simultaneously served as prime minister. Aksyonov had been the acting leader of Crimea since February 2014, when a group of armed men forced legislators to elect him prime minister at gunpoint. He had reputedly been involved in organized crime during the 1990s.

The State Council consists of 75 members elected for a term of five years. Two-thirds of the members are elected by party list and one-third in single-member districts. Legislative elections under the Russian-organized Crimean constitution took place in September 2014, on the same day as Russia’s regional elections. All of the parties allowed to participate supported the annexation, pro-Ukraine parties were excluded, and the Tatar minority boycotted the voting. The ruling party in Russia, United Russia, took 70 seats, while the ultranationalist LDPR (formerly known as the Liberal Democratic Party of Russia) secured the remaining 5 seats. No other parties crossed the 5 percent vote threshold to enter the legislature. The elections received little international recognition.

In September 2016 the occupation authorities conducted elections for the Russian State Duma in Crimea. Local rights activists reported that public- and private-sector workers were threatened with dismissal from their jobs if they failed to vote, and some municipal officials were pressured to attend a preelection rally for United Russia.

The occupation authorities use intimidation and harassment to eliminate any public opposition to Russia’s annexation of Crimea and to the current government. Russia’s Federal Security Service (FSB), the local police, and “self-defense” units made up of pro-Russian residents enforce this political order. Ukrainian political parties are not able to operate, and the Crimean Tatars—the only group that has continued to openly oppose the Russian occupation—have faced considerable political persecution. The headquarters of the 33-member Mejlis, the Tatars’ representative body, was seized and closed by the authorities in 2014. The incumbent chairman of the body, Refat Chubarov, and Tatar leader Mustafa Dzhemilev have been banned from the territory since then. In April 2016, the Russian Justice Ministry suspended the Mejlis for “extremist activity.” A week later, Crimea’s Supreme Court formally banned the Mejlis, and the Russian Supreme Court confirmed the decision in September.

Political dissidents are subject to harassment, arrest, and persecution. Tatar activist Ervin Ibragimov was abducted in May 2016, and his whereabouts were unknown at year’s end. Ilmi Umerov, a former Mejlis deputy chairman who has vocally rejected the annexation, was forced into a psychiatric hospital in August. He was released three weeks later, but faced charges under a section of the Russian criminal code allowing authorities to prosecute public opposition to the annexation. Several Tatar activists were arrested in October and charged with belonging to the Islamist group Hizb ut-Tahrir, which is banned in Russia.

All major policy decisions are made in Moscow and executed by Putin’s representatives in Crimea or the local authorities, who were not freely elected and are beholden to Moscow. The collapse of the territory’s key tourism and agricultural sectors following the occupation has left Crimea heavily reliant on Russian subsidies. International sanctions and the lack of a land connection to Russia put the region under severe logistical stress.

Bureaucratic infighting, corruption scandals, and tensions between federal and local authorities interfered with governance in 2016, particularly as various Russian companies sought access to Crimea’s assets. The FSB has arrested a number of Crimean officials as part of an ostensible campaign against the territory’s widespread corruption. Many of the arrests were related to allegations that local authorities embezzled Russian funds meant to support the occupation.

Russian and local pro-Russian officials’ policies and actions in Crimea have led to an influx of 30,000 to 35,000 Russian troops and additional civilian personnel, an outflow of many ethnic Ukrainians, and the persecution of ethnic Tatars. The Russian occupation also represents a major setback to Tatars’ long-term campaign to reestablish property and other rights that were lost in a Soviet-era mass deportation of the group.

Free speech is severely limited in Crimea. In addition to other restrictive Russian laws, an amendment to the Russian criminal code that took effect in 2014 banned public calls for action aimed at violating Russia’s territorial integrity, meaning statements against the annexation, including in the media, can be punished with up to five years in prison.

The Russian telecommunications agency Roskomnadzor required all media outlets to seek registration under Russian regulations by April 2015. Before the annexation, there were approximately 3,000 outlets in Crimea. After the 2015 deadline, Roskomnadzor reported that 232 outlets were registered and authorized to operate. The occupation authorities have essentially cut the territory off from access to Ukrainian television, with armed men seizing the transmission centers in 2014 and imposing Russian broadcasts. Independent and pro-Ukraine media no longer function in Crimea, nor do outlets serving the Tatar community.

Crimea’s internet service providers must operate under Russia’s draconian media laws. In April 2016, journalist Mykola Semena of the news website Krym.Realii, the Crimean service of Radio Free Europe/Radio Liberty (RFE/RL), was taken into custody in connection with an article in which he expressed support for a civic blockade of the peninsula imposed by Ukrainian activists. He faced a possible five-year prison sentence for extremism. Also during the year, the authorities took steps to block online news outlets including Krym.Realii, Sobytiya Kryma, ATR, and Chernomorskaya TRC.

The occupation authorities have forced religious organizations to reregister. At the time of annexation, there were approximately 1,400 registered religious groups in Crimea and 674 additional communities operating without registration. As of August 2015, there were only 53 locally registered religious organizations, in addition to a few groups registered through an alternative procedure in Moscow. Mosques associated with Crimean Tatars have been denied permission to register. Followers of the Ukrainian Orthodox Church, which has not been banned, face pressure from occupation authorities. In October 2016, a Ukrainian Orthodox official was briefly detained upon returning to Crimea after attending a session of the Parliamentary Assembly of the Council of Europe (PACE), at which he condemned the repression of Ukrainian Orthodox Christians and of the Ukrainian language in Crimea.

Schools must use the Russian state curriculum. Instruction in the Ukrainian language has been almost completely eliminated, and authorities have also drastically reduced the availability of education in the Tatar language.

The FSB reportedly encourages residents to inform on individuals who express opposition to the annexation, and a climate of fear and intimidation seriously inhibits private discussion of political matters.

Freedoms of assembly and association are restricted. The de facto authorities, including the FSB, repress all independent political and civic organizations. Nongovernmental organizations (NGOs) are subject to harsh Russian laws that enable state interference and obstruct foreign funding.

Trade union rights are formally protected under Russian law, but limited in practice. As in both Ukraine and Russia, employers are often able to engage in antiunion discrimination and violate collective-bargaining rights. Pro-Russian authorities have threatened to nationalize property owned by labor unions in Crimea.

Under Moscow’s rule, Crimea is subject to the Russian judicial system, which lacks independence and is effectively dominated by the executive branch. Russian laws bar dual citizenship for public officials, and Crimean judges were required to receive Russian citizenship in order to return to their positions after the annexation.

Crimes attributed to “self-defense” units and other pro-Russian forces since 2014—including the alleged murder of some activists, abductions and disappearances, and arbitrary expropriations—have gone unpunished. Russia continues to imprison prominent dissidents such as Ukrainian film director Oleh Sentsov, who actively opposed Russia’s annexation of Crimea, and his codefendant, activist Oleksandr Kolchenko, both of whom received lengthy prison sentences in 2015. Sentsov has reported abuse in custody, and many international leaders and human rights organizations designated the two as political prisoners.

After the annexation, Crimea became subject to Russia’s 2013 law banning dissemination of information that promotes “nontraditional sexual relationships,” which tightly restricts the activities of LGBT (lesbian, gay, bisexual, and transgender) people and organizations.

The occupation authorities have sought to compel Crimea’s residents to accept Russian citizenship and surrender their Ukrainian passports. Those who fail to do so face the threat of dismissal from employment, loss of property rights, inability to travel to mainland Ukraine and elsewhere, and eventual deportation as foreigners.

Property rights are poorly protected, and the Russian invasion has resulted in a redistribution of assets in favor of Russian and pro-Russian entities. The occupation authorities have seized Ukrainian state property, and a law passed by the Crimean legislature in 2014 allows the government to condemn and purchase “strategic” assets.

Same-sex marriage is not legal under Russian law. Government officials demonstrate little interest in or understanding of gender-equality issues. Domestic violence against women remains a serious problem in Crimea, and Russian laws do not offer strong protections. Discrimination on the basis of gender, physical appearance, and age is not uncommon. Women hold 14 of the 75 seats in the State Council of Crimea.

As in both Ukraine and Russia, migrant workers, women, and children are vulnerable to trafficking for the purposes of forced labor or sexual exploitation.