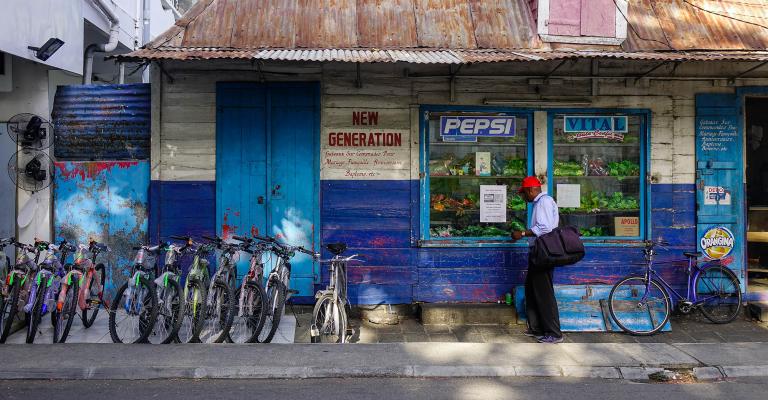 Mauritius is home to an open, multiparty system that has allowed for the regular handover of power between parties through free and fair elections. However, the political leadership remains dominated by a few families, corruption is a problem, journalists occasionally face harassment and legal pressure, and LGBT (lesbian, gay, bisexual, and transgender) people face threats and discrimination.

The president, whose role is mostly ceremonial, is elected by the unicameral National Assembly to a five-year term. Ameenah Gurib-Fakim, elected the country’s first woman president in 2015, resigned in March 2018 after being implicated in a financial scandal. Vice President Paramasivum Pillay Vyapoory became acting president, according to legal procedure.

Executive power resides with the prime minister, who is appointed by the president from the party or coalition with the most seats in the legislature. After the 2014 general elections, Anerood Jugnauth, leader of the Militant Socialist Movement (MSM), was appointed to the post for his sixth nonconsecutive term since 1982. He resigned in January 2017 and named his son, Pravind Jugnauth, as his replacement. The opposition decried the power handover as immoral, though it was approved by the president and considered legal under the constitution. The developments reflected the dynastic character of Mauritian politics.

Long-running discussions on electoral reforms and party financing laws continued in 2018, but no changes had been approved by the parliament at year’s end. There is no law on the financing of electoral campaigns.

Voters and candidates are generally able to express their political choices without pressure from actors not democratically accountable. However, money plays an important role in politics, and there is no law on the financing of electoral campaigns. There are some concerns about the influence of drug trafficking groups on the country’s politics, potentially exercised in part through campaign donations.

The Hindu majority is viewed as maintaining most positions of political influence. Women hold a handful of cabinet seats and other high-level political positions, but are generally underrepresented in politics. Local elections require that one third of political parties’ candidates in each district be women.

Discrimination against LGBT people can discourage their active political participation.

In July 2018, the minister of gender equality and the deputy assembly speaker resigned after the findings of a commission of inquiry suggested that they had links to drug traffickers.

The country’s anticorruption framework is robust, but sometimes inconsistently upheld. In March 2018, Gurib-Fakim, who was elected the country’s first woman president in 2015, resigned after allegations emerged in the media that she had made some $26,000 worth of personal purchases using a credit card issued to her by an NGO.

The government openly debates the country’s budget in the National Assembly and publishes it and other legislation online and in the press. In recent years, the authorities have worked to implement other transparency initiatives, though the country still lacks a freedom of information act. In April 2018, the minister of technology, communication, and innovation launched the National Open Data Portal, through which the various cabinet ministries will release data. In December, lawmakers approved an asset declaration bill that applied to a wide range of public officials.

Journalists occasionally face legal pressure. One of the main newspapers, L’Express, has faced verbal attacks by authorities, who have also reduced advertising with the outlet, and its journalists have faced legal and other harassment.

Private discussion is generally unrestricted. However, in October, the parliament approved a broadly worded amendment to the ICT Act that made the online publication of material deemed false, harmful, or illegal punishable by up to 10 years in prison.

Freedom of assembly is usually upheld. However, in June 2018, the 13th annual Mauritius Pride March was cancelled after police said they might not be able to protect participants from groups of opponents holding antigay signs, some of whom were reportedly armed, that had gathered along the parade route. The main organizer also received a series of death threats ahead of the planned event. Both Prime Minister Jugnauth and the Roman Catholic Church in Mauritius condemned the antigay protesters and regretted the march’s cancellation. Later in June, a smaller pride event was held near the waterfront in Port Louis.

Constitutional guarantees of due process are generally upheld. However, Mauritian criminal law allows for police to charge suspects provisionally, and then hold them for months until a formal charge is issued. Due to court backlogs, many of those being held in prison are in pretrial detention, and some detainees reportedly wait years before facing trial.

Mauritius is free from war and insurgencies. However, allegations of abuses by police continue. A measure establishing an Independent Police Complaints Commission (IPCC) was passed in 2016, and it became operational in April 2018. By October, the IPCC had received 303 complaints.

The Equal Opportunities Commission (EOC), set up by the 2008 Equal Opportunities Act, prohibits discrimination, promotes equality of opportunity in the public and private sectors, and investigates possible cases of discrimination. Though the law and the EOC do not allow for discrimination in the workforce, some citizens view economic leadership to be closed to ethnic minorities. Women generally earn less money than men for equal work.

LGBT people face discrimination and the risk of targeted violence. Laws that criminalize same-sex sexual activity remain on the books, but are rarely invoked. At least two small LGBT (lesbian, gay, bisexual, and transgender) groups are active in Mauritius, and seek to raise visibility of LGBT issues and counter homophobia.

The government generally does not limit social freedoms, though same-sex unions are not recognized. Rape is against the law, but spousal rape is not specifically criminalized. Domestic violence is illegal but remains a significant concern.

Women and children are vulnerable to sex trafficking, and while the government has made some efforts to prosecute traffickers and provide services to victims, these efforts are generally inadequate.

The position of migrant workers in the manufacturing and construction sectors can be precarious. There have been reports of employers confiscating workers’ passports, and of migrant workers becoming beholden to unscrupulous recruitment agents who charge huge fees for placement in a job.