The continent led the world in both positive and negative changes last year.

The 2020 Freedom in the World report documented the 14th year of an alarming global decline in democratic governance and respect for human rights, with sub-Saharan Africa contributing to the backsliding. As in past years, there is significant variation in findings across the continent.

Here is a condensed version of the story in four charts:

1. Lots of movement this year 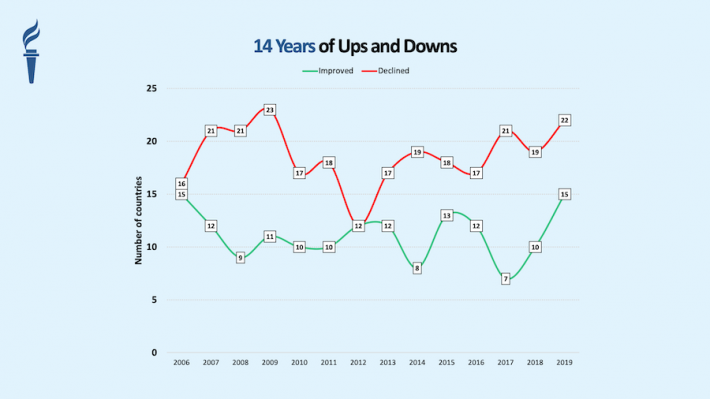 The latest report, which covers all of 2019, features more total score changes in the region—positive and negative—than in any other year since the 14-year decline began. A total of 22 African countries suffered score declines, the second-highest such figure during the period of global deterioration, while 15 countries made gains, a tie for the highest total.

In fact, sub-Saharan Africa led the world in both positive and negative movement: of the 12 largest declines globally, seven were in sub-Saharan Africa, and of the seven largest improvements, six were in the region.

2. All the changes in one picture 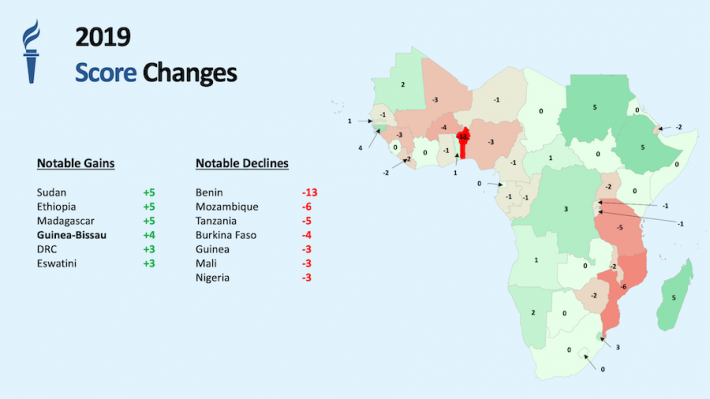 What is most striking about the year’s declines is the negative trend in West Africa: five of the 12 largest global declines are in this subregion alone.

Benin’s rapid descent pushed its status from Free to Partly Free in Freedom in the World’s three-tier system, and a one-point decline in Senegal, which has dropped seven points over the last three years, tipped it over into the Partly Free category as well. As a result, only two countries in West Africa—Ghana and Cabo Verde—are now classified as Free, with the rest now Partly Free. (Mauritania earned an upgrade from Not Free this year.) The changes exacerbate what was already a strong geographical clustering of countries by freedom status, as the third chart shows. 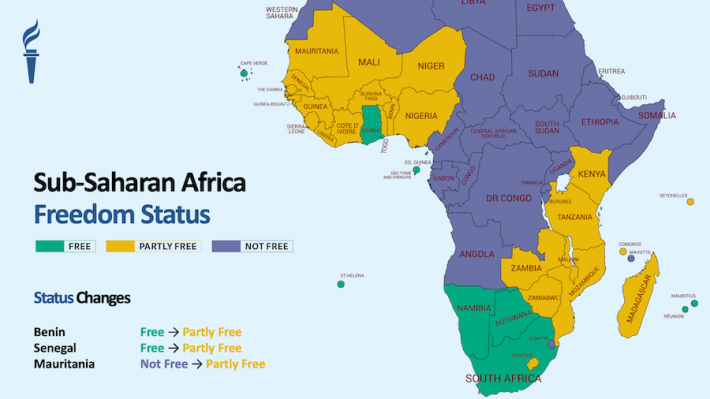 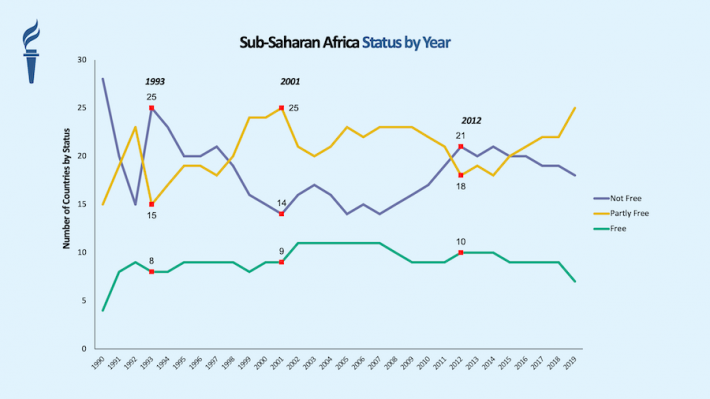 Six Countries to Watch in 2020