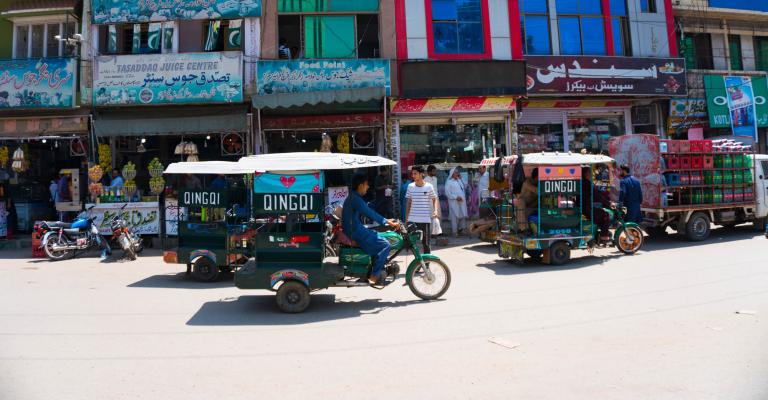 Pakistani Kashmir comprises those parts of the pre-1947 princely state that are now controlled by Pakistan. It is currently administered as two territories: Azad Jammu and Kashmir (AJK) and Gilgit-Baltistan (GB). Each has an elected assembly and government with limited autonomy, but they lack the parliamentary representation and other rights of Pakistani provinces, and Pakistani federal institutions have predominant influence over security, the courts, and most important policy matters. Politics within the two territories are carefully managed to promote the idea of Kashmir’s eventual accession to Pakistan. Freedoms of expression and assembly, and any political activity deemed contrary to Pakistan’s policy on Kashmir, are restricted.

Elections for the AJK Legislative Assembly were held in July 2016. The Pakistan Muslim League–Nawaz (PML-N), Pakistan’s ruling party, took 31 out of 41 seats. The local branch of the Pakistan People’s Party (PPP) won three seats, as did the Muslim Conference, and the Pakistan Tehreek-e-Insaf secured two. The remaining two seats were won by the Jammu Kashmir Peoples Party and an independent. The new assembly elected the local PML-N leader, Raja Farooq Haider, as prime minister. In August, it elected Masood Khan, formerly a senior Pakistani diplomat, as president.

The election process was largely peaceful, though both the PPP and the local PTI leader complained of preelection manipulation, including the use of federal development funds to boost support for the PML-N.

In April, the GB Legislative Assembly (GBLA) elected its six representatives to the 15-member GB Council, four of whom were nominated by the PML-N. The council, which retains control over strategically important policy matters in GB, is chaired by the Pakistani prime minister and vice-chaired by a federally appointed governor, and also includes the chief minister of GB. The remaining six members are appointed by the Pakistani prime minister from among federal ministers and Parliament members.

In June, GB’s Supreme Appellate Court upheld the 2014 life sentence of activist Baba Jan, a leader of the left-wing Awami Workers Party, for his alleged role in a violent 2011 protest by landslide victims. Critics viewed the case as a politically motivated. Baba Jan, while behind bars, had placed second in a GBLA race in 2015, and after the winner was appointed as GB governor later that year, he prepared to seek the seat again in the ensuring by-election. However, the by-election was repeatedly postponed until after the court confirmed his sentence and prevented him from standing. A PML-N candidate ultimately won the seat in September.

Political debate and demonstrations continued during the year over whether GB should be declared a province of Pakistan. Supporters argued that such a formalized constitutional status would give residents greater rights and representation in Islamabad, and resolve legal concerns about Chinese investment in the China-Pakistan Economic Corridor (CPEC), a massive transport and energy infrastructure project that would run through GB. Opponents, particularly in AJK, warned that the change would erode the larger region’s disputed status and solidify India’s claims on its portion of Kashmir, while others favored greater autonomy or independence for GB. Some protests related to these issues and the CPEC resulted in arrests and criminal charges.

Exchanges of shelling and gunfire with Indian forces across the LoC began to increase in July as Indian authorities struggled with protests over the killing of a popular Kashmiri militant leader. In September, India blamed infiltrators from AJK for a militant attack on an army camp in Uri, and heavier firing ensued, further disrupting civilian life in areas along the LoC. Pakistani officials reported dozens of civilian deaths during the year.