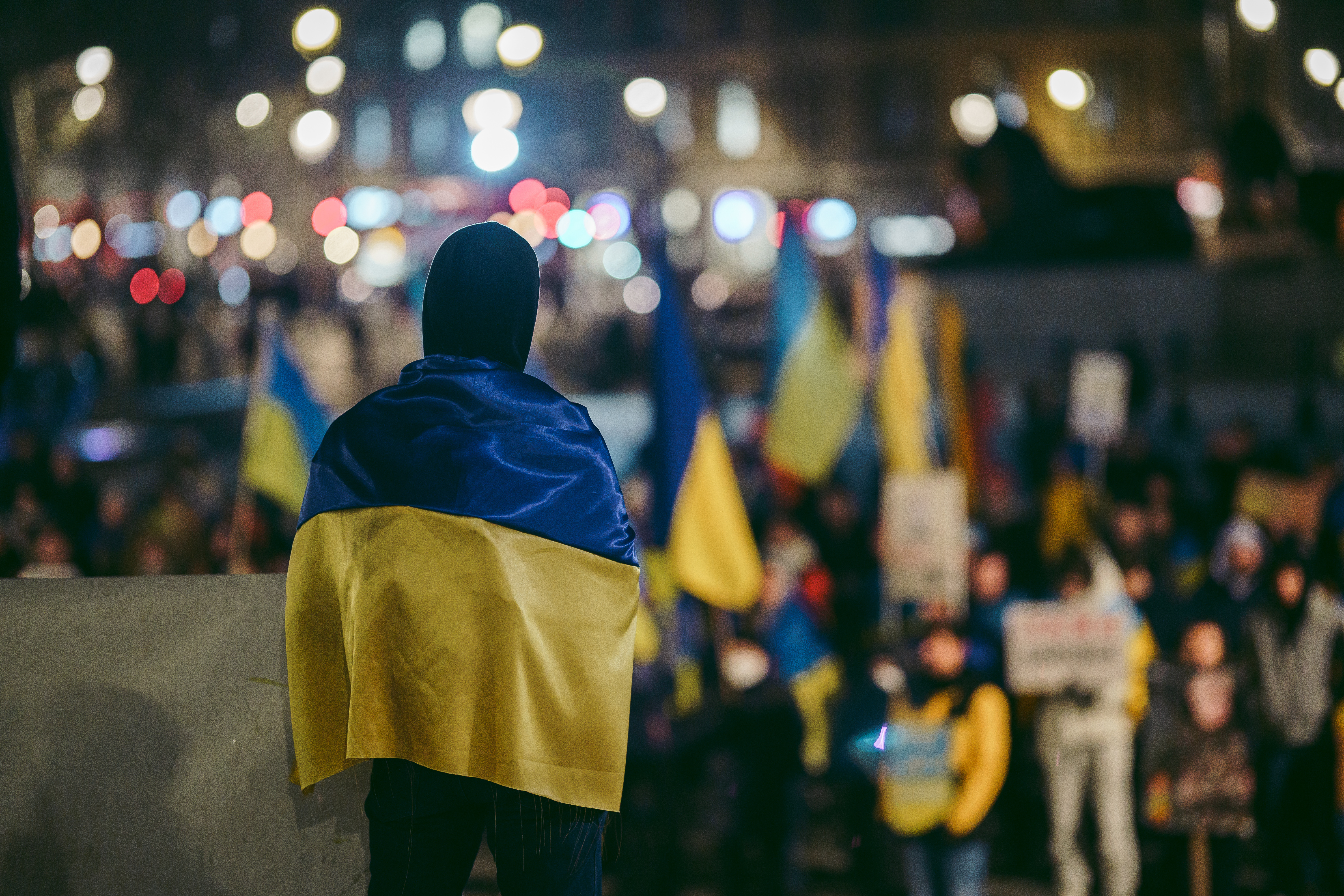 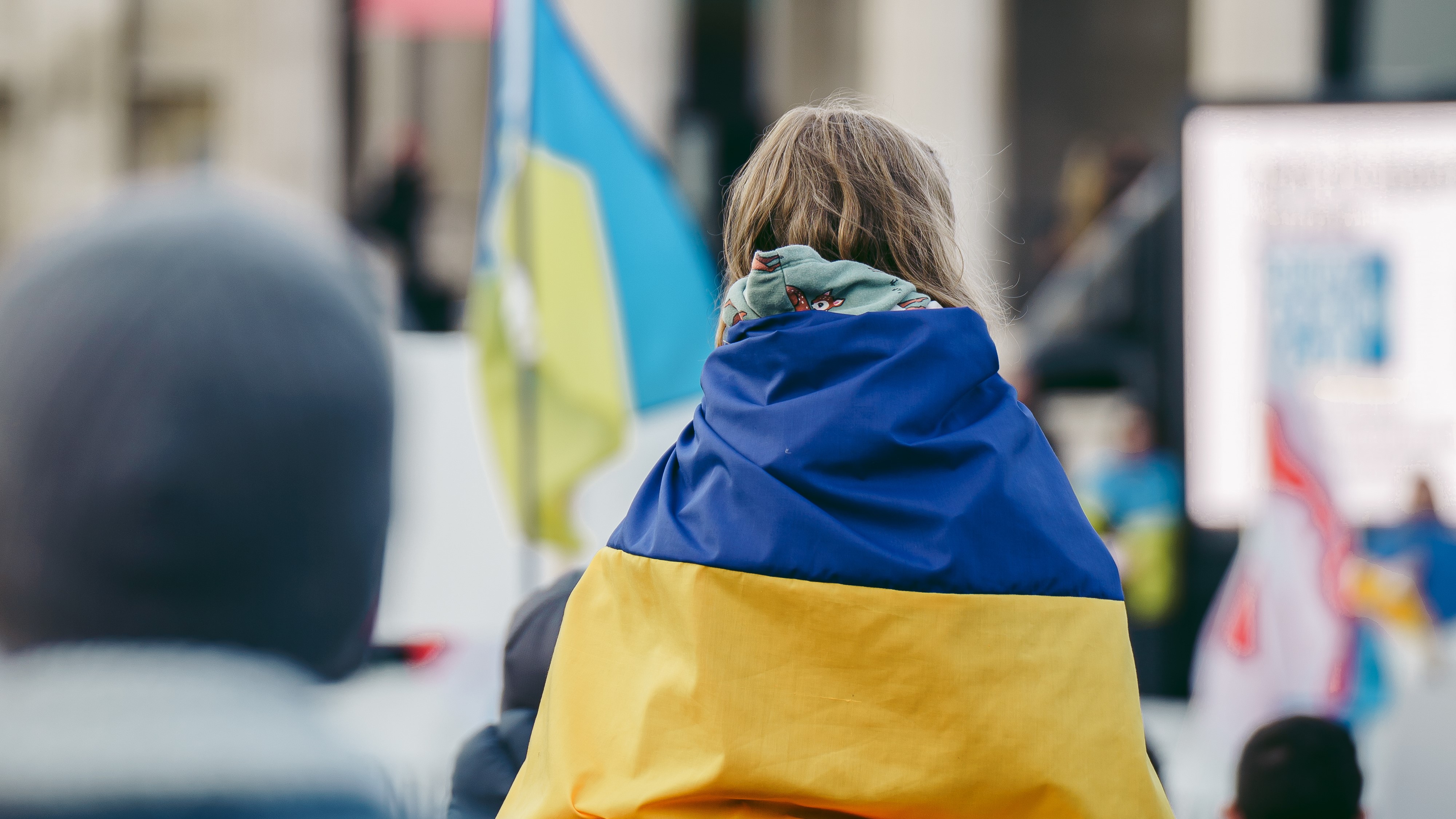 WHAT IS FREEDOM HOUSE DOING TO HELP IN UKRAINE?

In the immediate aftermath of Russia's invasion of Ukraine, Freedom House moved quickly to do the following: 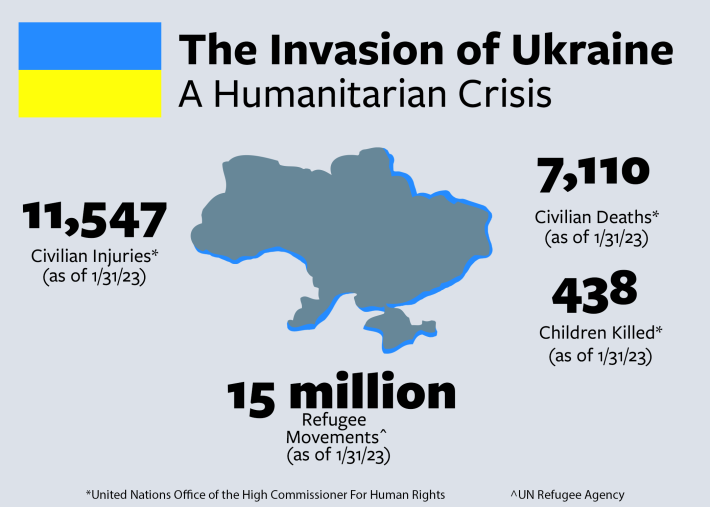 Help us support these efforts by clicking on the donate button below.

Hold the Russian Regime Accountable for War Crimes in Ukraine

A statement from Freedom House in response to the discovery of what appear to be atrocities committed by Russian troops in the Kyiv region.

Prior to the Russian invasion in February 2022, Freedom House has been working with an array of partners in Ukraine to mobilize their efforts to resist censorship, advocate in support of human rights and good governance, conduct public oversight over the law-enforcement and security sector, and protect activists and journalists from persecution and violence. Freedom House provides needed support to civic advocates, including LGBT+ people, human-rights defenders, citizen journalists, and religious and ethnic minorities.

Russia's Repression of Dissent at Home

Though Russia's authoritarian reach is being felt most acutely right now in Ukraine, its government is also curtailing the freedoms of its own citizens.

According to OVD-Info, an independent human rights project reporting on political persecution in Russia, there have been 15,425* Russians detained by their government for engaging in anti-war protests and actions. (*Data as of 4/12/2022)

The most recent edition of Freedom In The World outlines how the Kremlin maintains control over opposing politicians and activists.

All over Ukraine, people are missing, forcing families to become detectives opens in new tab

How Big Tech discriminates on misinformation opens in new tab

In Postwar Ukraine, Democratic Development and Cultural Restoration Will Go Hand in Hand

The Eastern Donbas and Crimea regions each have their own unique Freedom in the World reports. Both are rated Not Free:

Moscow’s Invasion of Ukraine Is an Attack on Democracy

The Russian regime’s invasion of Ukraine is not only an attack on a peaceful and democratic country. It is also an attack on democracy itself—on fundamental human rights and the freedom to exercise political and civil liberties. Vladimir Putin’s war of aggression threatens to obliterate global democratic norms by subjugating a country that has spent decades building and striving for a system of free self-government. It is a gross violation of international law perpetrated by an autocrat who is desperate to cling to power and impose his vision of the world through force.

This invasion is of existential importance for Ukraine and Ukrainians. Its purpose is to eliminate their democratically elected government. The freedoms Ukrainians have cherished, the democratic institutions they have built, and the reforms they have fought for since their independence in 1991 are at risk of being demolished. The costs of the invasion will be felt most acutely by Ukrainians, but its consequences are reverberating around the world.

The bombing of residential neighborhoods, nearly a million people fleeing to neighboring countries, civilians taking up arms to defend their homes—this is what a world without checks on antidemocratic behavior could look like. Autocrats are already brutally silencing dissent within and beyond their borders, building alliances to advance mutual interests, and trying to undermine faith in democratic principles. Putin’s war is a stark escalation of the grim, 16-year trend of sustained attacks on democracy documented in Freedom House’s recently published flagship report, Freedom in the World 2022.

The courage of the Ukrainian people must inspire us to take action. Now is the time to signal to Putin that nations everywhere are united against his aggression and flagrant violation of international law. Democratic societies must be willing to make sacrifices to protect one another and their common values. Shared hardship today will yield shared benefits tomorrow, including long-term peace and prosperity in a world governed by democratic principles rather than violence and repression.

Putin’s lies at home and abroad led to war

Putin has no legitimate justification for this war: Ukraine poses no threat to the Russian Federation. But he knows that the example set by Ukrainians’ pursuit of democracy stands in stark contrast to his own authoritarian grip on power. His stated aims are to “de-Nazify” and “demilitarize” Ukraine—a country that has built a national identity apart from and in spite of its Soviet past; a country with a popularly elected Jewish president whose grandfather fought against the Nazis; a country that has had to stave off military attacks from Kremlin-backed separatists for eight years.

Putin has claimed that Ukraine is not a real country, that it was created by Vladimir Lenin and the Bolsheviks out of Russian lands, and that its post-Soviet independence was an accidental side-effect of the collapse of the Soviet Union. This revisionist history is a message to millions of Ukrainians that they have no right to decide for themselves who they are and what their identity means to them. It is an effort to silence, control, and even eradicate people who have been trying to build their future without seeking Putin’s permission.

Putin has also used all the tools available to him to lie to the Russian people about the nature of the war, its causes, and its progress. State-controlled media have ramped up a false narrative about genocide against the Russian-speaking population in Ukraine and flooded the airwaves with reports of Russian soldiers being met in the streets by grateful Ukrainians. Russian viewers cannot see the missiles striking Kyiv on their televisions. The government has forbidden the media from using the terms “war,” “attack,” and “invasion,” and instead insisted on the term “special military operation.” Independent news outlets like Ekho Moskvy and Dozhd have been taken off the air by state regulators, and access to Facebook and Twitter has been throttled to prevent Russians from seeing uncensored reports about Ukraine. Riot police have arrested thousands of Russians who have participated in antiwar protests around the country.

A growing disaster for the world

Ukrainian president Volodymyr Zelenskyy has declared that “the war is a big disaster, and this disaster has a high price.” The Russian regime’s invasion has cost and will continue to cost Ukrainians dearly. Since 2014, when Russian forces first invaded Crimea and the Donbas region, more than 10,000 Ukrainians have lost their lives, and nearly 1.5 million have been displaced from their homes. The current escalation threatens to quintuple that death toll and greatly magnify the number of civilians fleeing into Ukraine’s west and the rest of Europe. The military assault is disrupting the basic services upon which Ukrainians’ lives depend, including health care, electricity, and delivery of food and fuel supplies.

If the horrors of war transform into an occupation of Ukraine by Russian forces, the Kremlin will seek to deprive Ukrainians of their political and civil liberties. It will subject them to the same sort of oppression that characterizes Russia’s autocratic system, in which critical voices in the media and civil society have been forcibly silenced, the rule of law is absent, and engaging in political opposition can have lethal consequences. There is every reason to believe that a Moscow-backed regime in Ukraine would retaliate against Ukrainians who have been working to advance democracy and human rights. Even if the fighting stopped, their lives would be in danger. For proof we have only to consider the experience of journalists, activists, Crimean Tatars, and members of other ethnic and religious minorities in Russian-occupied Crimea since 2014.

There is every reason to believe that a Moscow-backed regime in Ukraine would retaliate against Ukrainians who have been working to advance democracy and human rights.

The world must understand that it is not only Ukraine’s future that is at risk, though Ukrainians are bearing the brunt of this violent attack. If Putin succeeds, internationally recognized norms of self-determination will be shattered, and all countries living in the shadow of former empires could find themselves one day deemed illegitimate and a historical accident. Other autocrats will be emboldened to take what they perceive as theirs, and peace and freedom will be imperiled globally.

What can be done

In announcing sanctions against the Russian regime, US president Joseph Biden promised that “freedom will prevail” in this contest between democracy and autocracy, sovereignty and subjugation. We must now work to make that pledge a reality in Ukraine and around the world.

It is essential that all democracies stand united against the invasion and in solidarity with Ukraine, act swiftly to impose real costs on Putin’s regime, work together to bolster the fundamental post–World War II prohibition against wars of conquest, and protect those in Ukraine and the broader region who are seeking to advance democracy and human rights.

In the longer term: